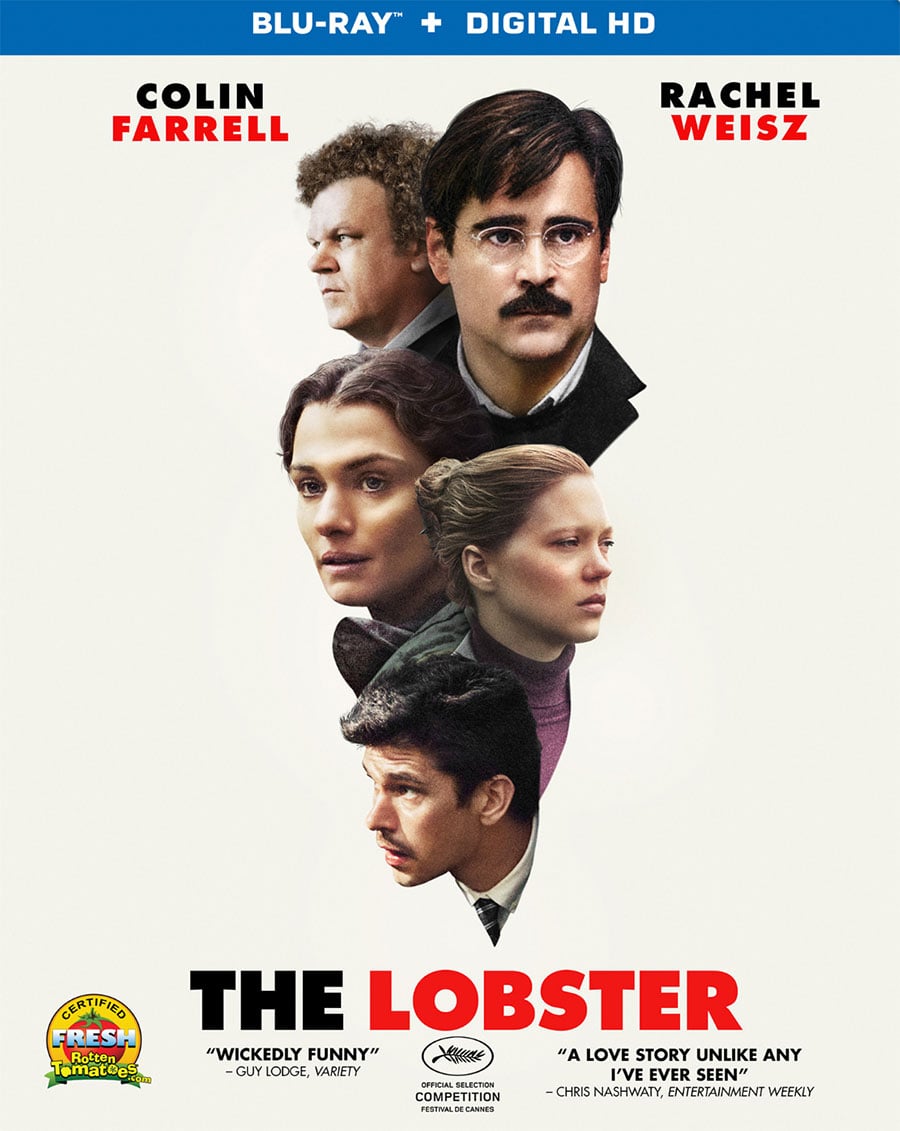 The Lobster had a lot of buzz about it when it was initially released in theaters. I heard it was bizarre but funny from a few people. After seeing it, I have to say it’s one of the most original and absurd movies I’ve seen in a long time. The Lobster felt like a concoction of Monty Python’s Flying Circus, A Clockwork Orange, 1984 and Being John Malkovich.

The film is set in the near future where single people are brought to a Hotel. Single people have 45 days to find a match or else they are turned into an animal. Don’t worry, the person gets to pick the animal they want to be turned into. The Lobster centers around David (Colin Farrell), who brings his Brother-turned-dog with him to the hotel. There he meets other single people and has to watch propaganda performances about the joys of being with a partner. To get some of your time extended, people from the Hotel go out to search for “loners” or escapees in the woods and try to bring them back. Eventually, David has had enough of the Hotel and escapes and comes across the Loners group.

I didn’t have any expectations about the movie going in. The first half of the film I laughed a lot and thought was just fantastically absurd and very Monty Python-ish. I even pictured Michael Palin playing Colin Farrell’s character. The dry humor, some of the dialogue and the way it was shot reminded me of Python. The second half was more bleak and dark, but still had a few laughs in there. The ending had a scene where I couldn’t really look and didn’t want to see what was going to happened. It involved David and a knife. There’s also another gruesome scene involving an animal that might upset some people. I’d imagine if you made it that far though, that scene wouldn’t phase you all that much. But the overall movie was a great satire on love, relationships and being single. I certainly got a good chuckle when someone suggested that if there are problems with being a couple; that they could be assigned a child and that usually helps. Another scene where they are having target practice, and one of the guy’s there says the targets look like single people. It’s things like that makes this movie brilliant. I guess it depends on your sense of humor though.

The acting was superb, the direction was excellent and the choice of music was perfect (lots of string quartets and classical music). Colin Farrell gained 40 pounds for the role and gave such dry delivery which was perfect for his short-sighted character. Rachel Weisz gave hilarious narration during the first half, until she turned up as David’s love interest in the second half. It was fun to see John C. Reilly pop up in the movie as well. He’s usually in great films so if you know he’s in it, you know it’s going to be good. There were a wide range of accents and actors in the movie, so it gives you the sense you don’t know where you really are. I believe they filmed in Ireland. The scenery and dreariness of the clouds and rain definitely served a purpose with the story.

The Blu-Ray has one 22 minute behind the scenes featurette, and trailers. I would have liked to have seen more extras but the 22 minute featurettes was decent enough. I’m sure there were outtakes or something they could have had on here. I’d imagine no one could always keep a straight face with some of these lines they were given.

The Lobster is one of the most absurd comedies I’ve seen in a long time. Although I’m sure Swiss Army Man will be up there too. Not everyone will appreciate this movie or get it. It’s pretty bleak sometimes but if you go into it knowing it’s a dark satire, you will like it.

Features:
The Fabric of Attraction: Concocting The Lobster

Bottom Line: An absurd dark comedy that not everyone will like
Running Time: 118 mins
Rating: R
Extras Rating:
Overall Rating: