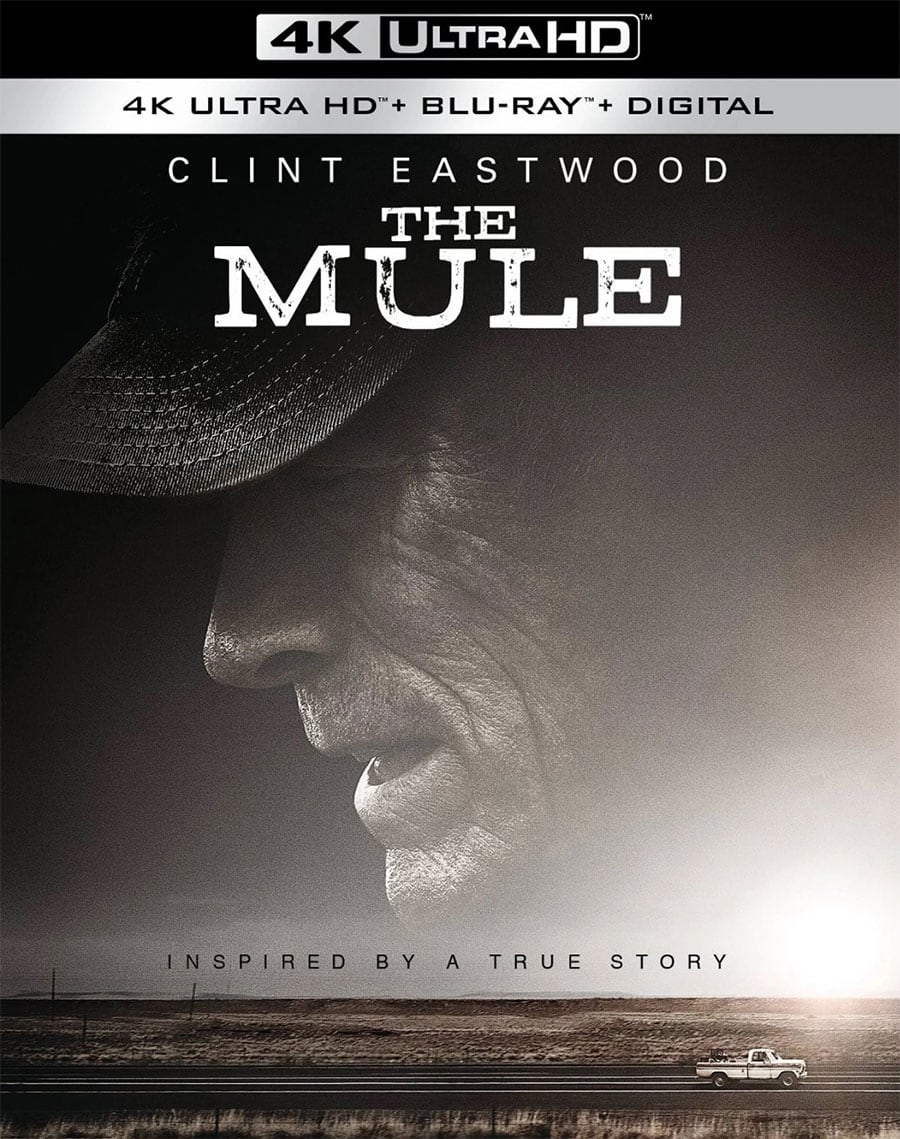 The latest movie from Clint Eastwood is a decent movie about him taking road trips from Mexico to Illinois. Oh, he’s also transporting suitcases of cocaine. The Mule is entertaining if you like Clint Eastwood movies and movies about the Mexican cartel.

Earl Stone (Clint Eastwood), an old man in his 80s, is facing foreclosure on his home, is broke and his entire family hates him since he always put work before family. So the next best thing is to be a courier for the Mexican cartel to bring shipments in his pickup truck to Illinois? It sounds silly but it’s based on a true story. Earl gets some quick cash, and is a bit unique with his route, stopping off at places or helping strangers on the side of the road. Things begin dicey for Earl when not only is the DEA onto his route, but the cartel isn’t happy with the way he’s doing things.

I’m 50/50 when it comes to Clint Eastwood movies. I like more than others, but this one was decent enough. His character is old, a bit outdated in his thinking if you will, but still has some innocence to his character that you just can’t help but rooting for him. You have to root for him, even though you know he’s making a stupid mistake with transporting drugs to make some money for his grandkids. This movie was similar to Gran Torino in a way, which they mentioned in the featurette. I like the way Earl was interacting with the cartel, buying them lunch and joking around even though he they didn’t care for it. There’s one funny scene where they have his truck bugged and following him and are singing along to him singing Dean Martin’s “Ain’t That A Kick in the Head.”

I liked the other part of the story with The DEA and them trying to get ahead of the drug route. I kind of wish we got more of them but I think the main focus was this old guy having a good time driving his truck, banging A LOT younger women and getting a lot of cash. I don’t really have too many complaints about the movie, but I think the biggest gripe is the last 5-10 minutes. It just kind of sizzles out and felt unsatisfying to me. I was hoping something wrapped up with the cartel, some of them arrested and we just didn’t get that.

There’s a 10 minute making of featurette on the 4k, as well as a Toby Keith music video. Since I can’t stand Toby Keith, I didn’t bother checking that out. The featurette was good but wish it was longer. They quickly talk about the movie, real-life cartels doing this, Clint Eastwood was perfect for this role, and other things like that.

The Mule won’t be for everybody but I found it to be pretty good movie. Some parts were slow, and the ending wasn’t satisfying enough. I don’t think it’s as good as Gran Torino but it’s still a decent Clint Eastwood movie.

Features:
“Nobody Runs Forever: The Making of The Mule”
Toby Keith “Don’t Let the Old Man In” Music Video