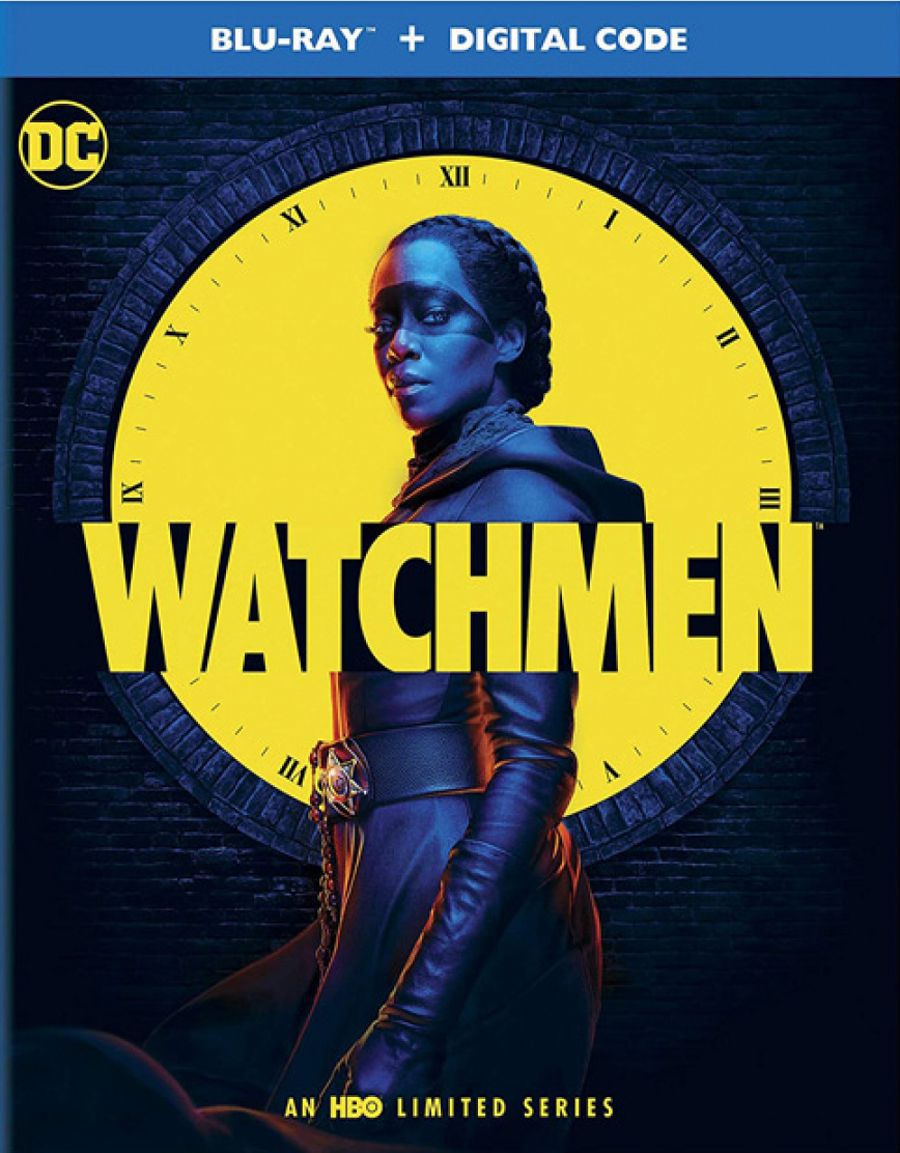 When a space squid from another dimension appeared in New York City in 1985 and killed nearly 3 million people, on the brink of nuclear extinction, the world united against a common inter-dimensional threat. This was the plan of Adrian Veidt AKA Ozymandias all along. Only a select few knew of this dastardly plan but only one couldn’t let it go unchecked. Enter Walter Kovacs AKA Rorschach. Before his untimely demise at the hands of Dr. Manhattan for the better good of humanity, Rorschach mailed his journal to the conservative paper the New Frontiersman in hopes that the world would know of Veidt’s horrific deception. It fell on deaf ears for decades.

Now the year is 2019. A white supremacist group known as the Seventh Kavalry has taken nothing more than the most extreme excerpts from Rorschach’s writings and used them in their fight against the police whom they lump in with those of color. But things are heading to another boiling point with humanity and this is where the series takes off.

“Watchmen”, created by “Lost” creator Damon Lindelof, is another attempt by DC to capitalize on the success of the original limited series by Alan Moore and Dave Gibbons. There was the nearly perfect movie adaptation by Zack Snyder, the “Before Watchmen” prequel comics and the DC superheroes/Watchmen crossover comic “Doomsday Clock”. All of these projects caused a rift between the creators Moore, who wanted nothing to do with something he thought was finalized with the conclusion of the original comic books…and Gibbons who has helped expand the “Watchmen” universe. This has also split the fan base as well, with those that enjoy more “Watchmen” material and those that stand with Moore’s beliefs that it was meant to be over…but that’s the thing with commercial comic books…when they can be mined for gold, the creators don’t really matter.

Objectively, as much as I think the series never should have continued on, I have enjoyed some of the prequel comics and the movie extensively. “Watchmen” the series does its best to pay homage to the original storyline (it continued on with the giant space squid from the comics instead of the energy reactors from the movie plot) as well as expand previous character’s roles and quite possibly finalize the story yet again by giving those characters more clear-cut endings.

The first episode “It’s Summer and We’re Running Out of Ice” sets the stage for what to expect from the series. We are shown one of the darkest days in American history known as the Tulsa Race Massacre, where an entire black neighborhood in Tulsa, Oklahoma was burned to the ground and nearly 800 people were injured. It is notoriously known as the single worst incident of racial violence in American history. Now the year is 2019 and the white supremacist group the Seventh Kavalry has taken up arms against the Tulsa Police force. A few years earlier, the Seventh Kavalry nearly murdered every single police officer on an event known as “White Christmas”, with only two of the survivors re-joining the police force. Laws were passed in Tulsa to protect officers who could no longer divulge that they are police officers and now must wear masks on the job. In a world where vigilantes and costumed do-gooders were outlawed, ironically now law enforcement agents now took on superhero personas.

The show follows police detective Angela Abar who, unknown to her, has major family ties to the massacre of 1921 and to vigilantism as well as a certain big blue demi-god. Early on, the episodes focus on the racial tension building once again in Tulsa but we are also introduced to some quite odd mysterious segments with an assailant whose identity is unknown for the time being. It really wasn’t much of a surprise for those in the know but these odd moments did well to take the piss out of the dark tone early on.

As the show progressed and began to introduce the major players, it started to lose its stride much like the original comics. Even though the original comic series introduced new progressive concepts to the superhero genre, it still fell into typical comic book goofiness at times with the giant space squid concept, the godlike powers of Dr. Manhattan and the stupidly simplistic ways in which he was defeated. The last few episodes of the series feel the same way. For a show based on a series that originally tried to ground the superhero genre in reality, it unintentionally fell into simple tropes like evil bad guy villain with maniacal plan or over-powered omnipotent godlike creature easily outwitted. I felt that the show would have worked better moving forward instead of introducing the only creature with superpowers in the universe to once again be easily outwitted by a bad plot device.

While the “Watchmen” series does well to expand on the “Watchmen” universe, especially with the origin story of Hooded Justice” and does a great job focusing on the racial divide and tensions that are both a part of our past and, unfortunately a part of current events, it feels like it lost itself while trying to please fans of the original comics and movie. The whole point of Dr. Manhattan being in the show was that he: A) wanted to feel love (?) and that: B) he was supposed to save the world from total annihilation once again. Adrian Veidt, who is the unknown assailant in the weird parts of the earlier episodes, appears to also want to set things straight by saving the world once again, but this time with more hero worship but this time we are introduced to his daughter Lady Trieu…who this time is the evil, maniacal trillionaire supervillain who intends on becoming Dr. Manhattan.

All of this comic book goofiness does nothing more than push aside the show’s earlier efforts to ground the show in the reality of the worlds’ racial divides. The Seventh Kalvary is relegated to nothing more than a plot device to push someone else into trying to gain Dr. Manhattan’s powers. It also feels like it watered down the history of Angela and her grandfather’s heritage and the origin story of Hooded Justice as involving Dr. Manhattan felt like a simple way to get revenge, not justice for the Seventh Kavalry’s past transgressions.

Did the writers and producers feel that the show wouldn’t work simply as a police show? Did they feel obligated to include as much as they could from the comic books? For me, the show felt completely different early on as it did with the later episodes and I would have liked to actually focus more on the true history and nature of the Seventh Kavalry/Cyclops in relation to their twisted perception of Walter Kovacs journal exerts as well as focusing more on the police force straightening things out on their own without the help of ex-vigilantes and blue-dicked demigods. While I usually embrace the over-the-top superhero antics, the “Watchmen” isn’t the place for it.

Bottom Line: “Watchmen: An HBO Limited Series” has all of the right pieces to expand the universe into modern times but it relies too much on past players and out-of-place comic book tropes to reach its full potential.