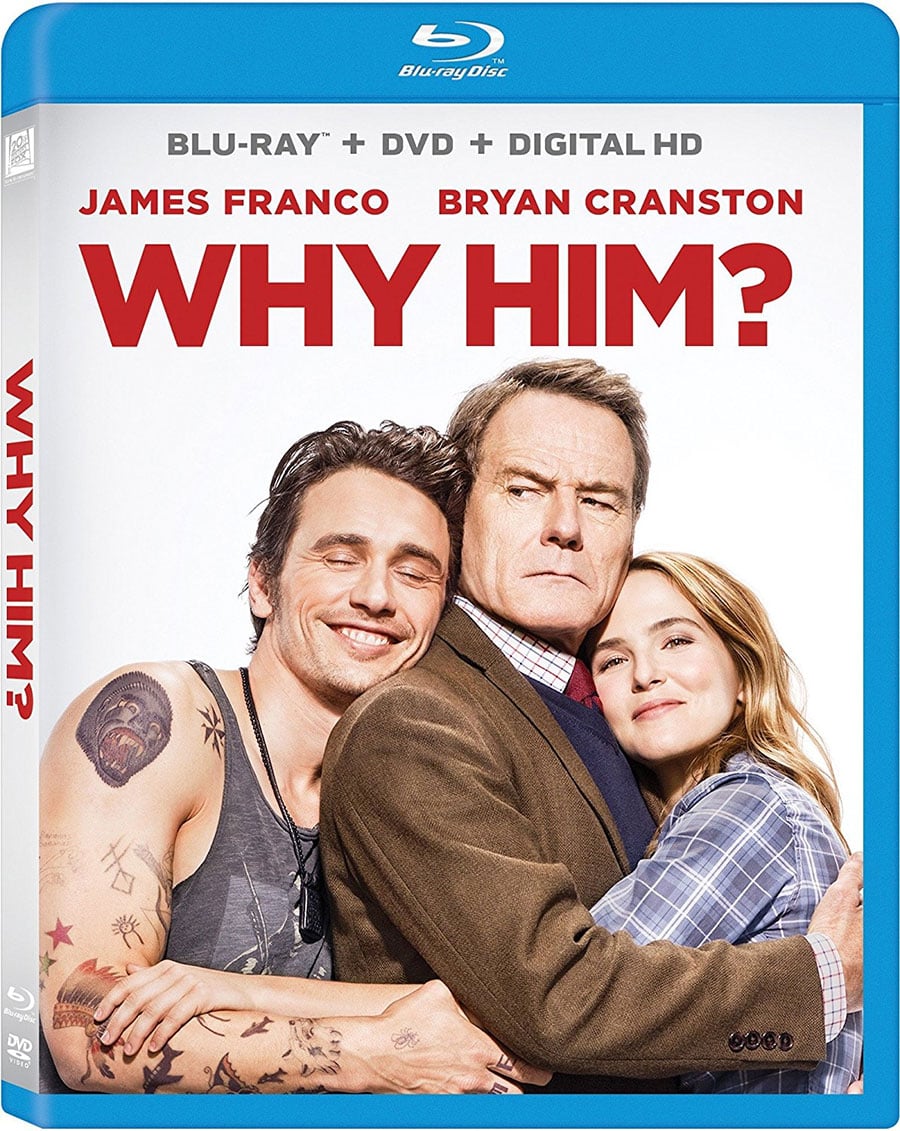 Why Him? is another comedy that was released around the holidays and got lost in the shuffle. I guess it’s a Christmas movie per say but not really. It’s got a decent cast and has a few chuckles in it.


The movie is about Ned (Bryan Cranston), an overprotective Father who only wants the best for his daughter Stefanie (Zoey Deutch). One day he meets her boyfriend, who happens to be a very eccentric Silicon Valley billionaire named Laird (James Franco). They start up a rivalry between the two and butt heads constantly. Neds starts to lose his mind when Laird tells him he’s going to ask Stefanie to marry him.

Why Him? has it’s moments and had a few funny scenes and lines. It’s sort of a Christmas movie but I suppose you can watch it whenever, since that’s what I did. I usually have a rule against watching Christmas movies not during that time but this can pass as one that isn’t all caroling and crap. It just takes place during that time, that’s all.

It was nice to see Bryan Cranston in a comedy again because he’s a generally really funny guy off camera. He plays his character straight but some of the things he gets into for this movie was funny like the bathroom scene, having to witness his daughter having sex with her boyfriend while he hides under the desk, and when his wife is wrapping her legs around his head trying to get him to have sex with her. Megan Mullally had some good scenes in there too, and think as the movie went along, she got funnier. One of her lines had me laughing out loud, at the end when KISS show up and she admits to what happened on her date with Ned. I thought Keegan-Michael Key stole a lot of the scenes he was in. About the only thing I didn’t really like was James Franco, but I guess we’re not to supposed to like him. I almost feel like they needed someone even more obnoxious, outlandish and out there like Russell Brand or something.

The Blu-Ray extras include almost 10 minute gag reel, a featurette on 47 minutes on the can, why Gustav, Barb Fleming: America’s Mom, deleted scenes and more. The gag reel was pretty funny, especially the best scene in the movie where Bryan Cranston was on the toilet and Keegan-Michael Kay comes into the room. That scene was funny but what’s even funnier is Bryan Cranston and Keegan-Michael Kay trying to keep a straight face during it. That’s what that 47 minutes on the Can featurette is. They rolled film for 47 minutes straight and they maybe had 2 minutes of useable footage. Definitely watch that extra out of everything.

Why Him offers some laughs but I think in the end, the gag reel is probably funnier than the movie itself. Will I watch it again? Yeah I will, I just think it could have been a better movie.

Bottom Line: Why Him has a few laughs but could have been funnier
Running Time: 111 mins
Rating: R
Extras Rating:
Overall Rating: