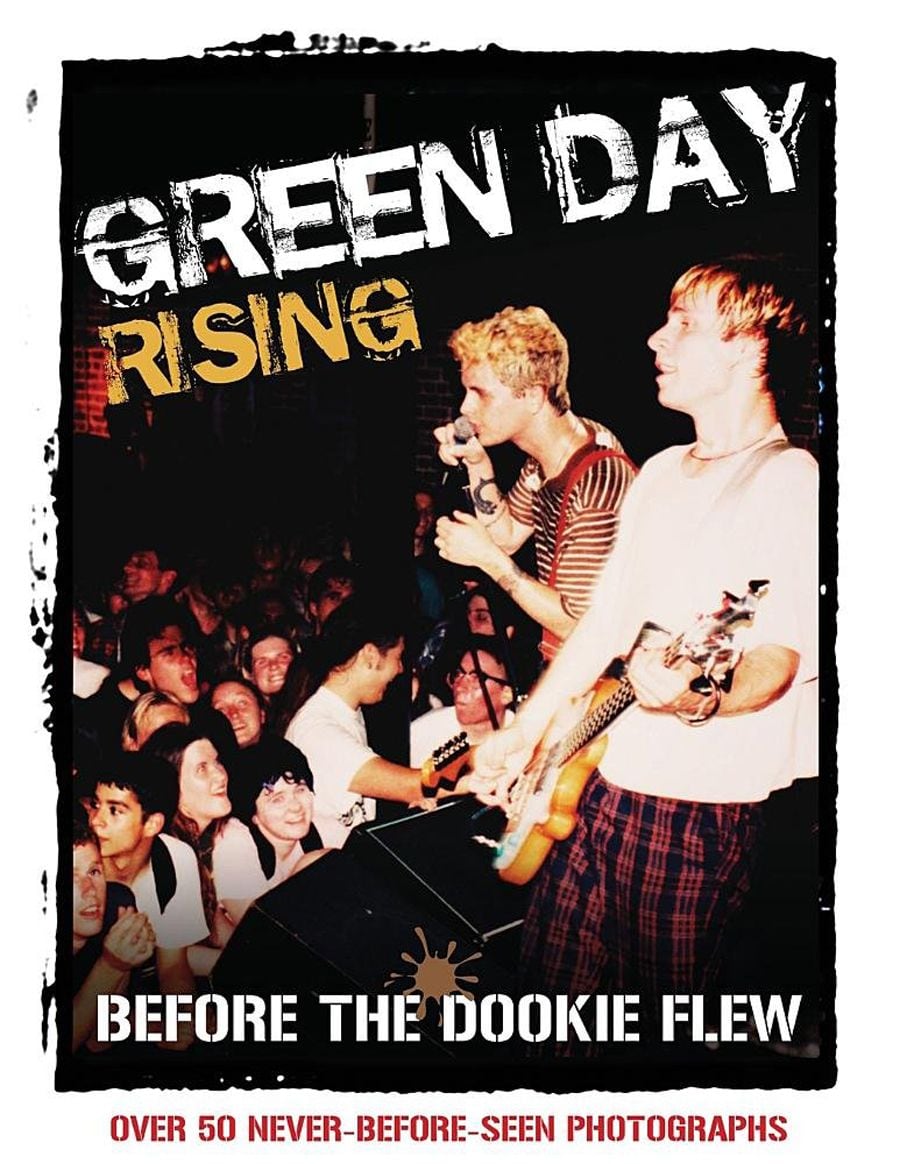 In the summer of 1994, right before Green Day exploded onto the national scene thanks to Lollapalooza and Woodstock ’94, they played one final show at Slim’s in San Francisco before embarking on musical history. “Green Day Rising: Before the Dookie Flew” chronicles that particular show with unreleased photos and behind-the-scenes interviews.

Whether you still are, once were or never was a Green Day fan, you can’t deny the fact that they were and still are the punk gateway band for millions of disenfranchised youth. Along with Rancid and the Offspring they took punk to the mainstream in the 90s and it’s never really left the limelight since then. “Green Day Rising” takes you back to one particular moment in time where punks were frowned upon by society and grunge music was dominating the airwaves. After years of teething their punk chops at seminal Bay area punk venue 924 Gilman Street and then briefly at Slim’s nightclub in San Francisco, Green Day was set to explode onto the mainstream music scene. But one particular show at Slim’s on July 5, 1994 was expected to be the end of the band’s time playing to the small crowds of punk venues and music dives. They would soon become a household name, but not before one last memorable sendoff for the fans that stuck with them after they were labeled sellouts and money vultures.

“Green Day Rising: Before the Dookie Flew” gives us and inside look via unreleased photographs from amateur photographer Michael Sharon, who was attending the event in hopes of getting some cover-quality photos for the stoner magazine High Times. Also covering the event with a scheduled behind-the-scenes interview with the band was High Times writer Tim Kenneally. The book consists of those photos as well as some personal stories about the band and show that night.

I’m reminded of the popular music books of the 90s that used to flood every newsstand back in the 90s in regards to “Green Day Rising”. It’s magazine size, has high quality stock pages, a glossy cover and runs nearly 50 pages deep. I received the paperback version to review but there is also a hardcover version available. The pages alternate between stories, articles, interviews and photos and flows really well while reading through. I was expecting an actual book format when I first heard of it but thankfully it’s not just another autobiographical book of the band’s “American Idiot” tour. You can finish the book in a little under an hour and then add it to your bookshelf for later views.

While I may not follow Green Day’s musical endeavors like I used to fifteen years or so ago, “Green Day Rising: Before the Dookie Flew” takes me back to those early “Dookie” days when I was just discovering this thing called punk music. Even though I wasn’t anywhere near that particular show at the time, the photographs feel like you opened a time capsule into punk rock history. The book manages to do a great job of filling in the rest of the details for those of us not fortunate enough to be there at that moment in time. While hardcore Green Day fans will definitely want to seek this out to add to their collection, “Green Day Rising” is also a nice read for anyone interested in discovering some unpublished photos and articles from one of the bands on the forefront of the 90s punk revival.

Bottom Line: A great look into an important moment in one of punks’ most influential bands. Although you may not have been in attendance that night, “Green Day Rising: Before the Dookie Flew” takes you there via stories, photos, interviews and articles.
Overall Rating: