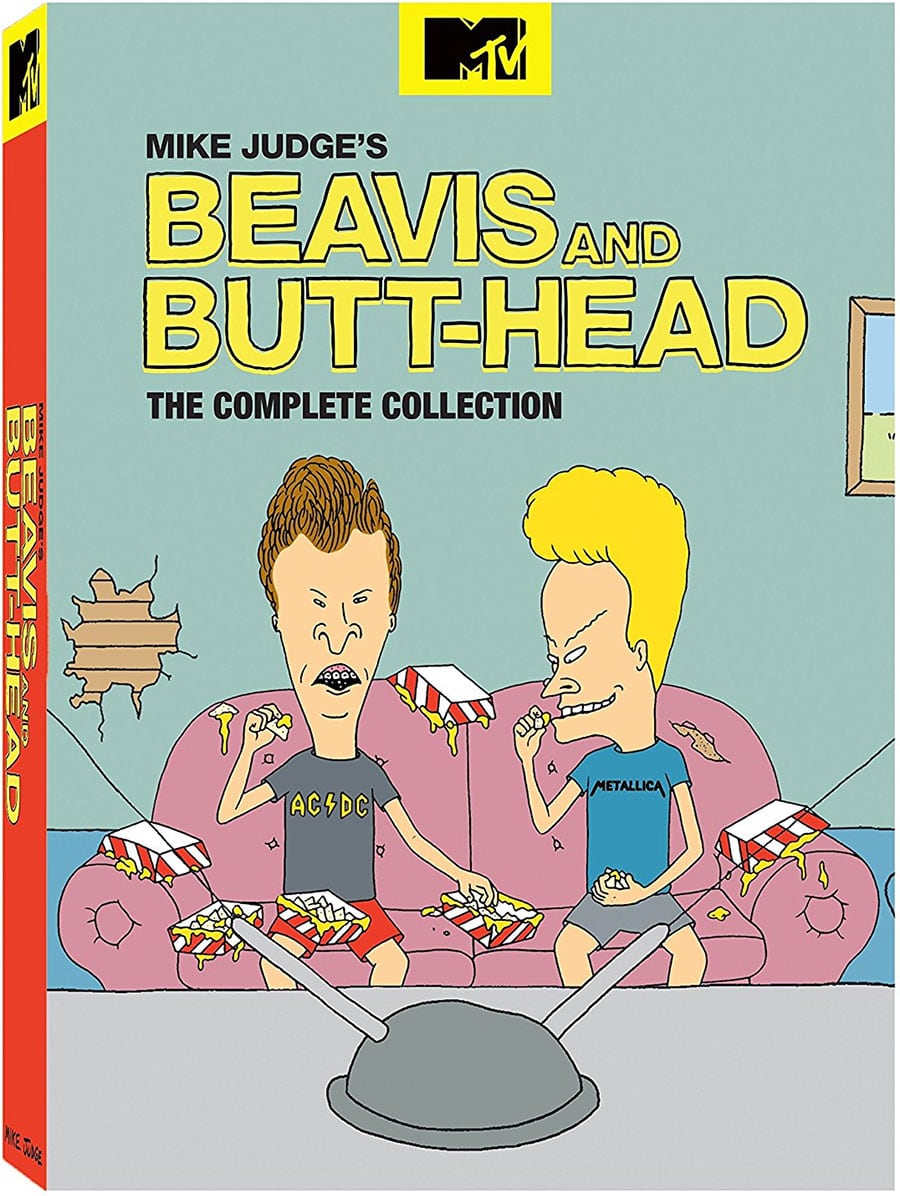 If you ever wanted a lot of Beavis and Butthead content all in one spot, this is probably the collection to get (for now). This isn’t a complete collection by any means, but it’s the best official collection to date.

For those that may be living under a rock, Beavis and Butthead was a cartoon that aired on MTV in the 90s. Beavis and Butthead are two dim witted, airhead kid who just want to watch music videos, play frog baseball and score with chicks. It lasted a few seasons on MTV, had a feature length film and it had another newer season a few years ago. The guys made fun of the crap that aired on the current MTV like Jersey Shore. It was really funny still but sadly no more after that. I would have liked to have seen another season of Beavis and Butthead making fun of other shows on MTV. Honestly, couldn’t tell you any shows on MTV that currently air. Do they even have anything popular anymore? The network should just go back airing music related shows and re-re-brand back to that.

Beavis and Butthead has been released on DVD before with The Mike Judge Collections, which these are pretty much are. These aren’t the full episodes where it’s the cartoon, music videos, back to other cartoons and then more music videos. The cartoons are broken out in sections, and some music videos that Paramount/MTV got the licensing for are put in bonus feature section. I’m glad there are some music videos on here but it’s still quite infuriating that we can’t get the true, complete collection of cartoons and music videos because of licensing. Clearly there’s something that can be worked out to acquire all the rights to the music. I mean, they still air on repeats on TV, why can’t it be done for DVDs, etc.? To make people not be annoyed that there’s another half-ass “complete” collection, Paramount/MTV should have also released this on Blu-Ray instead of just DVD. The newer season is on Blu-Ray so just remaster the old episodes to be better quality.

I loved watching the music videos again, even though they aren’t all of them. They give you just a taste that makes you want all of them though. There’s about 3 or 4 sections of the music videos, some ranging from 5 or 6 minutes to 15 minutes. There’s some other bonus material as well. But it’s pretty much everything from the older Mike Judge collections repackaged. About the only bonus out of all of this is everything is one set and much cheaper than what they were previously. So if you don’t have anything from Beavis and Butthead on DVD, than getting this set makes sense. If you are expecting a complete collection with everything in tact and uncensored, this isn’t it sadly.