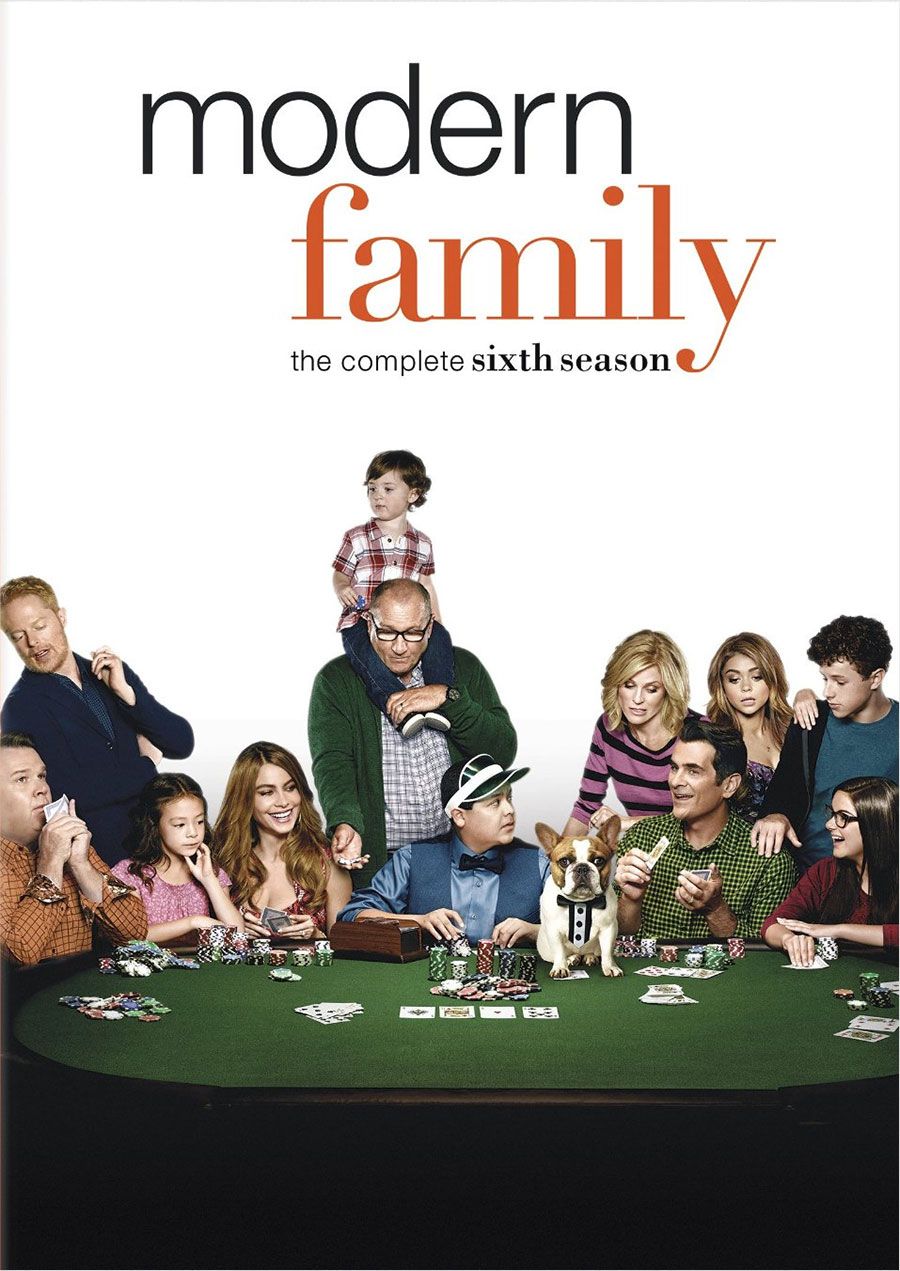 Another season of Modern Family is out on DVD, but no Blu-Ray!? The show airs in HD but ABC/20th Century Fox doesn’t release it on Blu-Ray? I guess the studios don’t see Blu-Ray as a long lasting medium anymore. Anyway, the 6th season is just as funny as the previous seasons.

The 6th season starts with Cam and Mitch getting accustomed to married life. Cam keeps wanting to continue to romance and Mitchell wants no part of it. Meanwhile in the season, Phil and Claire get stressed out with trying to deal with their weed dealer new neighbors, Jay and Gloria have their ups and downs with trying to maintain their marriage with him being old, Haley and Andy have this will they or won’t they thing going on, Andy becomes Phil’s assistant, Claire continues to work for her Dad, Gloria has to deal with a drone spying in the backyard, and Alex prepares for college and gets herself a boyfriend in the process.

Season 6 was a lot better than the previous season and it featured one of the more innovative episodes of the show or any TV series currently airing. The entire episode took place over Facetime, Skype, and other stuff like that. It does get to be too much after awhile but it was a clever way to tell an episode. Adding Steve Zahn to the cast as the weed neighbors was great and added a new dynamic to Phil and Claire’s family. In the past, they would show other neighbors but it wasn’t for entire season. Glad to see they kept them for longer than an episode. We’ll see if they make an appearance in Season 7.

Jay and Gloria’s storylines didn’t really seem all that special this season, at least nothing noteworthy. I like how Andy was more involved with storylines, and I like he’s just as awkward as Phil. Cam got extra annoying at times this season and Lily always is. I liked her when she was an infant and didn’t speak. Other than that, Modern Family is still funny over 6 seasons. Phil and Claire’s family is my favorite part of the show, well besides Gloria for obvious reasons. Although, Sofia has gotten extra annoyingly loud lately. It just seems she screams her lines and people are going to laugh at what she says. But whatever, the show is still a show I need to watch when it airs instead of DVR-ing it.

The DVD video quality is actually pretty decent for DVD. It didn’t look as pixelated as other DVDs I watch on my TV. Again, Blu-Ray would have been a lot better obviously. The special features include featurettes on Halloween, Thanksgiving, making of an episode, behind the scenes with Julie Bowen and some deleted scenes.

Season 6 is better than Season 5. The show continues to be funny and worth watching on a weekly basis. I just wish Fox and ABC would pony up some dough and release some Blu-Rays for people that will want to purchase that.

Awesome Halloween
A Modern Thanksgiving
Modern Connections: The Making of an Episode
A Day with Julie
Deleted Scenes