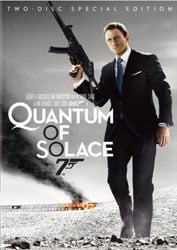 Bond is back for another gritty, action-packed James Bond flick. Quantum of Solace, believe it or not, was the last film I saw in theaters. It’s a good extension of Casino Royale, but I think the second half of the film lacks what the first film succeeded at. Either way, if you like James bond flicks, this one is still worth seeing! It’s got Bourne-like action sequences, gorgeous women and one of the most bad-ass Bond actors ever!

Quantum of Solace takes place right after Casino Royale, literally. James is fleeing from pursuers with the man he kidnapped. Weaving his way in and out of cars and trucks, he manages to escape and bring M the man that’s part of the organization. One thing leads to another, and someone portrays them in the MI6. James Bond digs deeper and travels the globe to find that a mysterious organization, with ties with many governments, is behind everything that includes Vesper’s death. James is a changed man now, and out for justice; even if it means going rogue and going against what M wants him to do. Along the way, he meets Camille, who wants revenge & justice just as much as he does. They work together to take down Dominic Green, a ruthless businessman who’s trying to take away the water supply from impoverished nations.

I love how the movie takes place minutes after where Casino Royale left off. The first half of the film is awesome but I think after that, it starts to slow down and get too slow for me. There are still lots of action throughout the movie, but when there isn’t; you know it and you start to look at your watch. That’s ironic, since this is the shortest Bond film yet! Usually we get these nice exotic locales in a James Bond movie, but at the end it’s just a desert that lacks water and just doesn’t look nice. I know its part of the whole plot but it’s something about that location that made me dislike the end. Too gritty I guess? I just wish they finished the second half of the movie somewhere else.

Daniel Craig is just as good as he was in the first film. He’s bad ass, and I like his version of Bond. Olga Kurylenko was okay, but I would have picked someone else for a Bond girl. Her story was good though, and didn’t seem unrealistic or anything. We can’t forget Denise Richards as this badly-acted, fake-breasted rocket scientist. Hmm yeah sure. Judi Dench has been in a lot of James Bond movies and she continues to impress. Her grumpy relationship with Bond is excellent. It was nice to see Giancarlo Giannini and Jeffrey Wright return as well. I wish Jeffry Wright’s character was more involved though. I guess we’ll see what the 3rd Bond film brings. I’m hoping they close the story with the Quantum organization because it still exists after the movie. I’m sure James Bond will find a way to take down the organization.

If you buy the movie, I’d recommend getting it on Blu-Ray of course but since I don’t have Blu-Ray yet, I watched the film on DVD. The 2 disc DVD set is the way to go if you’re buying the movie and don’t own a Blu-Ray player. There’s an entire disc of bonus features that includes featurettes, and some behind the scenes clips. The first disc includes trailers and a music video for the theme song. Jack White and Alicia Keys collaborate on the song and I really hated that song. Two artists I can’t stand that end up doing a rock & rap duet, lovely…NOT! But then again, I hate just about every James Bond song. It’s always the part I fast forward on. The featurettes were typical behind the scenes footage, mixed in with cast interviews and showing how action scenes were done. I personally think they are saving up better material for another “Special Edition” DVD, which seems to happen with every Bond release. The extras are worth watching if you got a half hour to kill but in the end, they are pretty forgettable.

Quantum of Solace features a lot of cool stunts and action scenes, but the stuff in between is sort of dull and not all that interesting. To me, this always felt like the extended version of Casino Royale, which means it starts to lack certain elements. In a way, it doesn’t feel like it could be watched on its own. You need to see Casino Royale to get some things. So if you haven’t seen that, be sure to see that before seeing Quantum of Solace.

Features:
Disc One:
– Another Way to Die Music Video
– Theatrical and Teaser Trailers 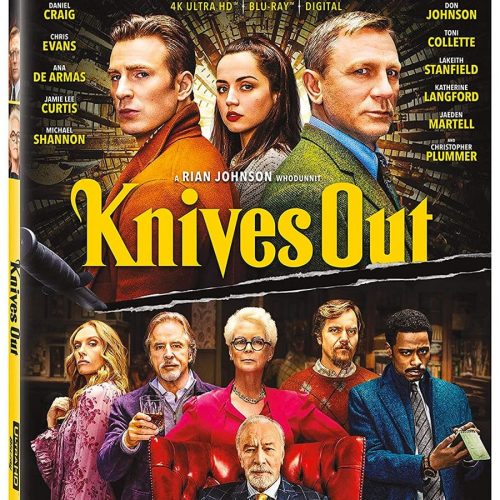 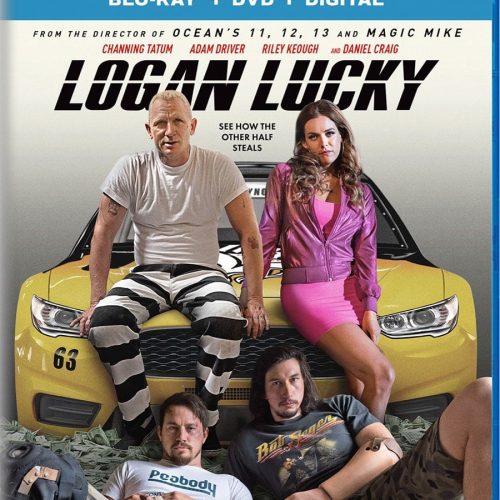