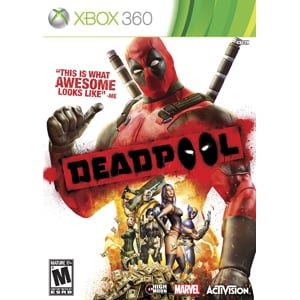 Out of all of the solo Marvel characters out there, Deadpool was the merc with a mouth with enough smarts and balls to hold High Moon Studios (the developer of the game) hostage long enough for them to make a video game in his honor. Was a katana to the throat too much pressure for High Moon Studios to make the game that Deadpool wanted or were his dick and fart jokes motivation enough for High Moon to make the perfect game that DP wanted?

Don’t tell Deadpool this but I really wasn’t expecting much from this game at all. It was already being released at a bargain price and the pre-order price was much less than the retail release price. Being a cheap ass and with the price being almost half of retail I decided to bite and picked the game up…and I’m glad that I did.

While “Deadpool” won’t win any awards for originality and groundbreaking gameplay, it was a surprisingly solid and fun video game. The controls are simple, the story is wacky and unpredictable and the graphics were much better than expected. Most of the action is linear and consists of button mashing combos and third-person gunplay that is reminiscent of the Saints Row series. There was minimal platforming and not much in terms of hidden items and collecting things for rewards…just a simple XP system which you can use to upgrade health, weapons and stats. The fighting system is pretty much the same from start to finish, which can make the game monotonous at times, with the lack of major upgrades almost nonexistent. In some later levels, the constant swarms of enemies for extended periods of time were frustrating, but constant strategically placed checkpoints helped out a great bit.

Something that really wasn’t that surprising with “Deadpool” was the games Mature rating. It’s not the first Marvel video game to pull in that rating with “X-Men Origins: Wolverine Uncaged Edition” holding that honor, but “Deadpool” pulls off that rating with exploits that would make a Troma Films director proud. Excessive violence and gore. Check. Vulgarity, sexual innuendos and dick jokes. Check. At one point Deadpool gropes the breasts of a dead villain from afar Kids in the Hall style. Childish, but oddly funny for some reason. On a side note, make sure to check out Cable’s theme song in the bio section.

What did I manage to take away from my time playing “Deadpool”? I got a familiar game that made me laugh on many occasions, some of them wrongfully so, and a title that surprised me with its overall quality and the care that was put into every aspect of the game especially the attention to detail in regards to Deadpool’s comic book history. Subtle things like his 90’s Domino poster and his X-Men uniform hanging in his closet made me crack a smile. I wish there would have been a Bob the Hydra agent cameo though. While I’ll admit that recently the Deadpool character has been somewhat overrated in regards to the comic books, I really can’t think of a solo Marvel character whose video game would have been as stupidly fun and insane as this.

Bottom Line: “Deadpool” was a guilty pleasure and a pleasant surprise. The game was somewhat on the short side and, barring some repetitive gameplay and frustrating horde wave moments, was definitely worth the price of admission. It was entertaining to be able to see and hear Deadpool breaking the fourth wall in his own game. Maybe Hollywood will take some cues from High Moon Studios on how to do Deadpool right.
Favorite Aspects: The humor was spot on and I enjoyed some of the goofier weapons that you obtain later in the game. The nods to the comics and the video game tributes were really cool additions. Also getting an achievement for slapping Wolverine a bunch of times was fun. The one for playing with his junk…not so much.
Overall Rating: 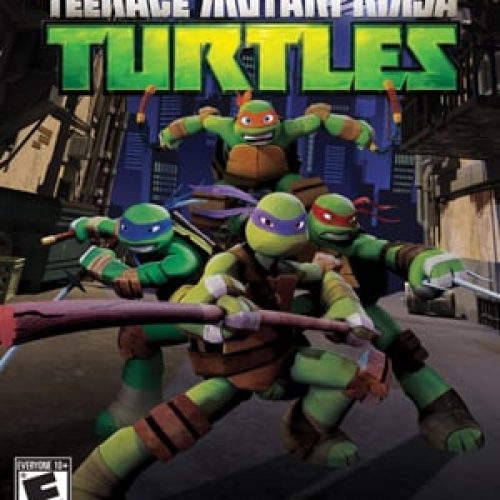