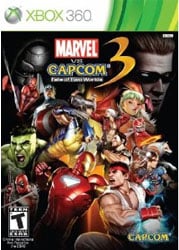 It’s been well over a decade since the worlds of Marvel and Capcom have teamed up to pit its stars against each other in an epic battle to save the universe once again. Hell, I was still in high school while I was playing Marvel vs. Capcom 2 in the arcade!

If you’re looking for a semblance of plot then you might as well just go and pick up the latest Dragon Quest release cuz there is none here, son. It’s a fighting game. You’re supposed to invite some friends over or jump into the online lobbies and kick and punch and yell at each other while calling each other vulgar, unmentionable names.

The core of the game play stays pretty much the same as the last few offerings in the Marvel/Capcom series; three on three tag team battles with the last man standing being the victor. What has been changed with Marvel vs. Capcom 3 is the accessibility and simplicity of the combo system and activation of the Ultra Combos. It is much more approachable to the general gaming crowd but still stays tried and true to the hardcore fighting fanatics out there. There is even a simple mode that maps special moves to one button presses. Gone, thankfully, are the overpowered spamming of certain characters like Iron Man and Ryu, replaced by moves that still work effectively but are not game breaking by a long shot.

The roster has been reduced drastically over MvC2 but what you won’t find in 3 are generic palette swaps like Ken/Ryu/Akuma and Iron Man/War Machine. Each of the 30+ characters has their own unique moves and fighting style. Some of the character selection is questionable in my mind. No Mega Man but instead we get Zero? WTF? Do we really need to have Storm, Hulk, Wolverine and Iron Man in everything Marvel related? And where the hell are Sleepwalker and Darkhawk? There are some interesting character choices from both sides though such as Okami, Arthur from Ghosts and Goblins, Deadpool, Taskmaster and, my personal favorite, M.O.D.O.K.

Overall, Marvel vs. Capcom 3 is by far my favorite fighting game on next gen consoles. The characters from both universes are true to their roots. The sound effects and in-game banter liven up the repetition of some of stages with fun added voiceovers for characters that have back-story together. The music is bland which is on par for fighters and there are inclusions for a theme song for each character but they’re so generic that they all blend together. What really makes Marvel vs. Capcom 3 other than the great game play mechanics is by far the graphics. The characters have an inked comic book look that is similar to the style used for Street Fighter 4 and the characters and background levels really pop on screen. Their movements are also very fluid and smooth but be cautious; sometimes the action is so over the top that you won’t be able to tell what’s happening on screen. An epileptic fit…it’s definitely worth it for Marvel vs. Capcom 3.

Bottom Line: One of the best fighting games to be released on next gen consoles. I would definitely recommend using a fight stick for this game.
Favorite Aspects: M.O.D.O.K./M.O.D.O.M., The fun of seeing so many characters brought to life by great voice acting and special effects. The action plays out like a live action comic book with big, bold comic book style fonts popping up all over the screen.
Feel like a fight? Xbox Gamertag: rascalking80
Overall Rating: 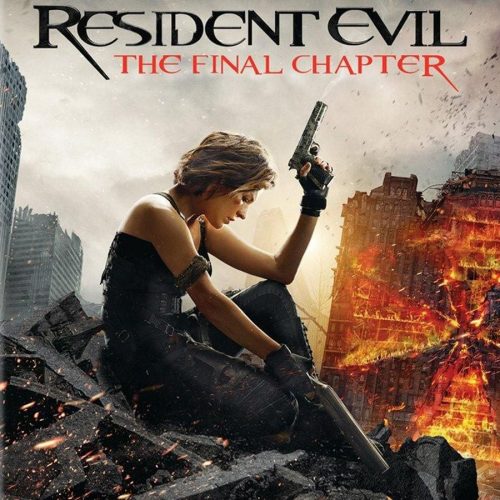