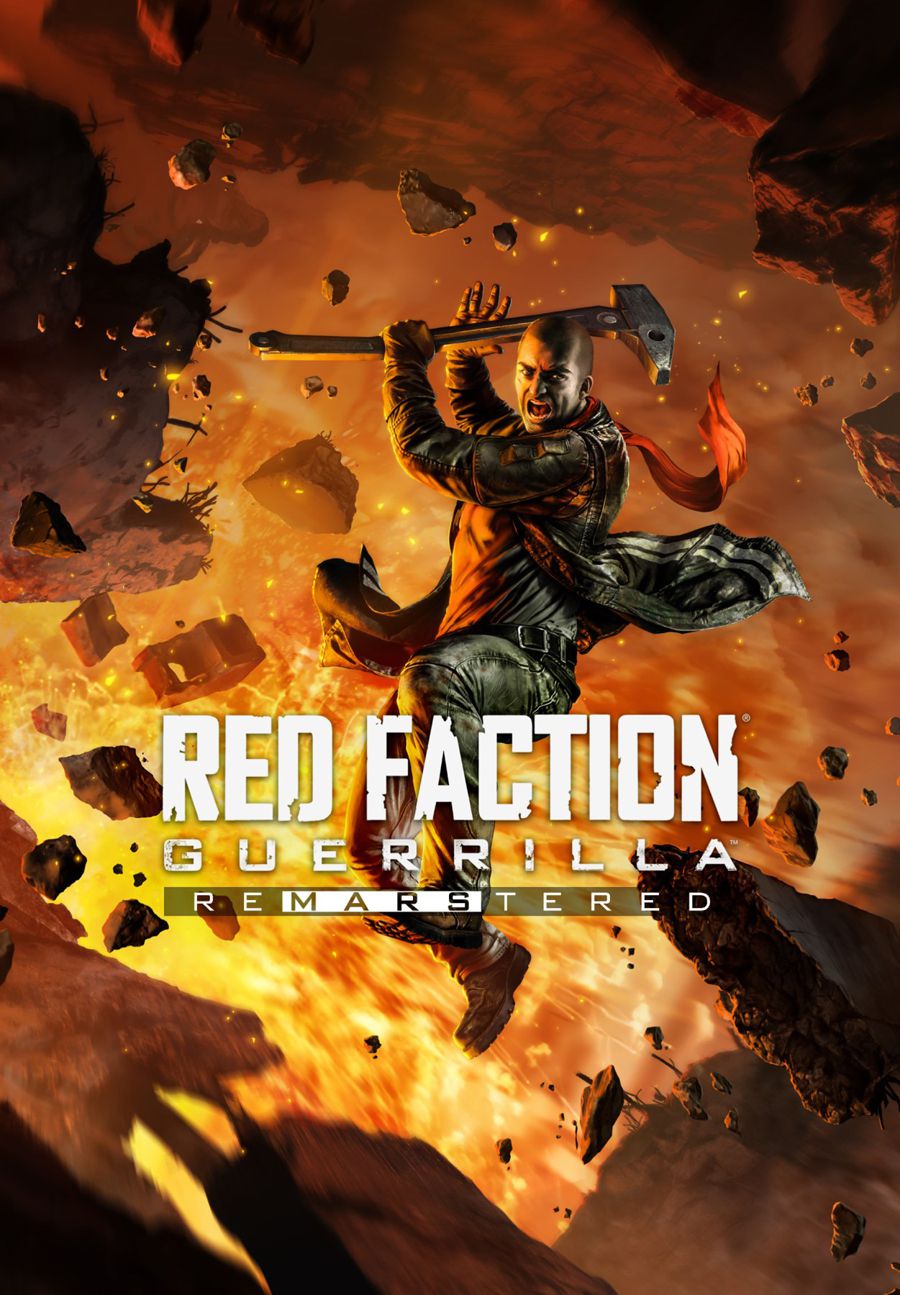 “Red Faction: Guerilla Re-Mars-tered” (yes they went there) is a remastered version of THQs 2009 release. THQ Nordic has taken the reigns for the revamped version this time around, added some polish, reintroduced the multiplayer on current servers and brought upon the liberation of Mars once again.

Following up the 2008 release of “Saints Row 2” and, taking place in the future of the Saints Row universe, THQ/Volition updated the “Red Faction” series to feel more like the “Saints Row” franchise who’s popularity was rapidly growing. No longer were the games first-person shooters but now they taken on the third-person action label.

You played as Alec Mason, a mining engineer who comes to Mars at the request of his brother. After getting caught by the Earth Defense Force, a totalitarian military organization that controls most of the territory on Mars, your brother is executed and you are introduced to and offered membership into the Red Faction, a guerilla organization bent on freeing Mars from the EDF’s oppression.

The gameplay focuses heavily on structural destruction and features real-life physics in regard to how buildings need to be destroyed and turned into valuable scrap. As with the Saints Row franchise, there are multiple over-the-top weapons at your disposal other than your trusty sledgehammer. You can choose from a heat-seeking rocket launcher, an arc-light shock gun, a saw blade launcher and a nanite gun to name a few. There are plenty of vehicles scattered all over Mars for you to “borrow” as well as a plethora of missions sprinkled throughout the various regions of Mars. These missions range from timed destruction missions, transporter vehicle missions, building demolitions, defense missions and hostage recues.

I only briefly played the original “Red Faction: Guerilla” upon its release but I can tell that the graphics engine and gameplay was comparable with the “Saints Row” franchise. The graphics look dated but with the “Re-Mars-tered” edition there are almost no frame rate issues and the new coat of paint adds new life to the graphics’ brightness and color. The game was always much more drab than the “Saints Row” games and that unfortunately carries over into the remastered edition. I would have liked to see some more bright and colorful regions of Mars to help distinguish them from each other but that’s not the case this time around.

While “Red Faction: Guerilla Re-Mars-tered” feels familiar and provides a unique gameplay experience with your focus on demolishing every building in site, it definitely has its flaws. For one, once you begin to unlock new regions of Mars and all of the missions that come along with it, you begin to realize that there is an abundance of repetition with those missions. Almost every mission that appears is some kind of fetch or defense mission. You may have to grab a vehicle and drive it to a safe house that is always on the other side of the map for some reason or you’ll have to rescue hostages and drive them to a safe house somewhere nearby. During missions such as defending a Red Faction location or rescuing hostages, you have to deal with the questionable shooting/cover mechanics and unjustifiable jumps in difficulty level. I’ve noticed at times, my EDF alert level would jump up dramatically seconds after I took my first swing at a building in which I was trying to demolish. This made for missions where you would have to run in, bash one part of a building and drive away into the mountains in order to lower your alert level and then rinse and repeat. It felt like you were getting punished for trying to perform a task that the game was supposed to be built around.

Secondly, there really isn’t much of a story to be found other than…fight to free Mars because your brother died. The Earth Defense Force are there to be evil for the sake of being evil and needing a faceless villain to fight against and the generic military leader hell-bent on ruling the planet doesn’t ever muster up the umph that is needed to make you really care about taking the EDF down. After about roughly three house of playing, I got maybe two story cut scenes that tried to add some depth to the game but really felt confusing and out of place. With the nature of open world games and the time between these cut scenes, you would usually forget about anything that occurred during them regarding plot points. Instead you would spend forty minutes looking for ore to mine and another hour destroying EDF buildings and vehicles.

Repetitiveness of missions and shooting mechanics aside, “Red Faction: Guerilla Re-Mars-tered” had plenty of fun elements to be found within. Playing around with the multiple weapons you can find and unlock in the game allowed some creativity when trying to deal with certain missions. Combining proximity mines with remote mines made for some incredible explosions and kills, especially with the seemingly mindless run and gun AI enemies. Driving missions were clunky and the physics wonky at times, but when driving a vehicle you are nearly indestructible on the road and can pretty much take down target buildings without getting out of your car…just don’t get shot four times with a shotgun or BOOM!

I have to say that playing “Red Faction: Guerilla Re-Mars-tered” was much more fun the second time around. I feel that there were still a lot of issues within the game that could have been corrected and not just glossed over with a new coat of paint but having this remaster makes me hopeful for a new addition to the franchise. The game can be very drawn out if you are a completionist or are easily distracted with story missions but other aspects of the game such as the multiplayer mode or in-game pro skills challenges can help to ease the pain.

Personally, I’ve always been a fan of the updated and remastered last gen releases and “Red Faction: Guerilla Re-Mars-tered” does a good job of bringing the game to the current generation but with that also comes most of the flaws from the original release. If you’re looking for mindless fun and destruction with a touch of frustration, this is the game for you.