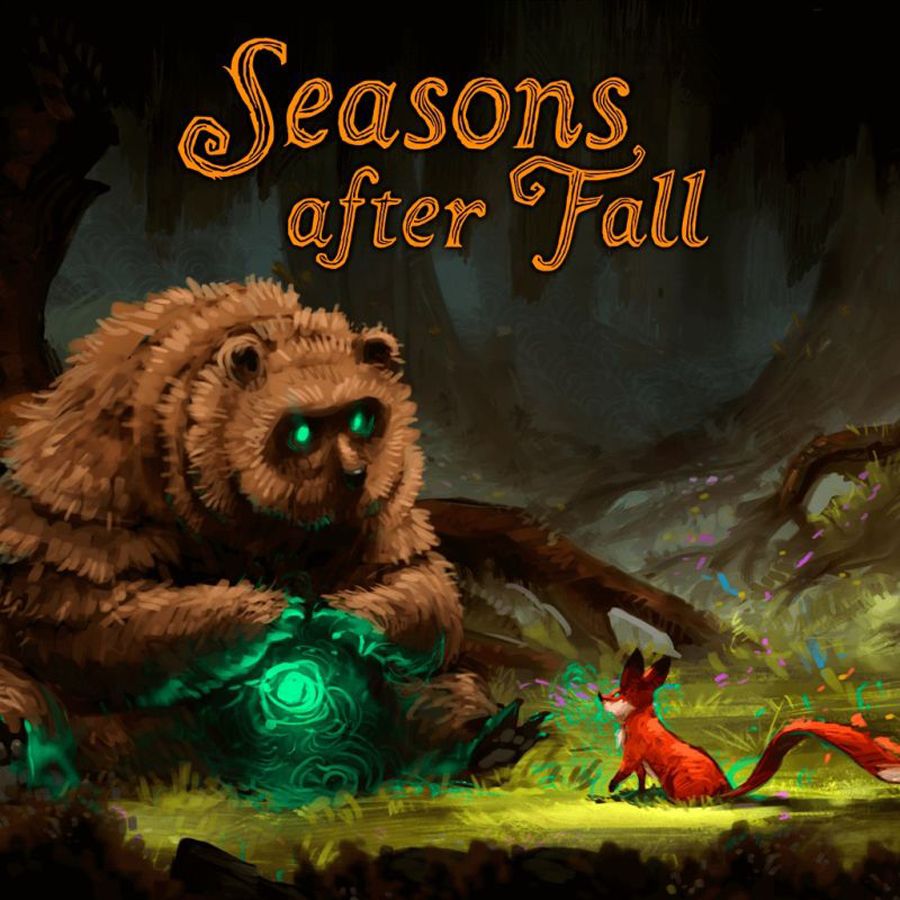 Entering a magical forest, a curious fox ends up an unwilling participant in a ritual of the seasons. With his life out of his furry little paws, you must seek out the guardians of the forest and discover what you have gotten yourself into.

“Seasons after Fall” is a game that has gorgeous graphics, a serene score and an open-ended Metroidvania-style world for you to explore. The main protagonist is a curious fox that gets thrust into a dispute between the guardians of the seasons and a confused young spirit seed. Your only abilities in the game are a bark which allows you to activate things like branches and seeds to access new areas and the control of the four seasons which you will need to manipulate to solve puzzles or progress to different areas. You gradually gain access and control over each season as you continue on your adventure.

I’m definitely a fan of the digitally painted art style of “Seasons after Fall”. Switching between seasons always sets a different mood and tone for the game. Spring has a moody feel to it with the score switching to the sounds of rain and water while winter gets a wash of purple and blue giving you the feel of cold and dreary winter months.

Puzzles in the game require you manipulate the seasons at your disposal to access new areas or escape from old ones. You may have to cycle through multiple seasons in one small section. For example, the Spring season causes fountains of water to rise higher, while the Winter season freezes said fountains and then the Fall season causes mushrooms to sprout creating platforms for you to cross. These puzzles are the meat and potatoes of the game but get very repetitive in certain areas. There are also times where you haven’t used a certain power from a season for quite a long time and you forget that the certain season can help you progress. One thing that is unique about the game is that there are absolutely no enemies in the game and so there is no fear of in game death. “Seasons after Fall” is strictly a puzzle platformer that you can complete at your own pace and in peace.

While the graphics are beautiful, the music is soft and soothing and you can roam the world freely without the fear of dying or encountering any enemies, there are some things about the game that can be frustrating and to a certain extent annoying. First of all, there is no map. The game world isn’t extraordinarily large but quite a few areas in the game that look very similar and it is easy to get lost and backtrack a lot. The game also doesn’t do a good job of guiding you with what to do next. Sometimes a new area or platform will appear within a brief animated cutscene, but that’s all you’ll get. It could be anywhere in any of the similar-looking areas in the game. Another gripe that I had involves the lack of any kind of tutorials or demonstrations of what the different seasons can do. Many times you would access an area that is gated off with no idea what to do next and you would have to aimlessly wander around only to discover that you had an ability that you’ve never seen or used before now available to you. Something as simple as an in-game demonstration or cutscene when a new power or ability became available would have solved hours of aimless frustration over the course of the game.

“Seasons after Fall” was a fun and sometimes frustrating puzzle/adventure platformer that could have been shorter which sometimes was due to me not seeing the obvious but most of the time due to the lack of the developers making things more obvious. It’s artsy both in sound and visuals but the story is somewhat lacking, the gameplay can sometimes be frustrating but in the end it’s a unique gaming experience. If you’re a fan of games such as “Limbo” and “Braid” and are looking for something that will challenge your brain more than your hand eye coordination, then “Seasons after Fall” is something that should be on your radar.