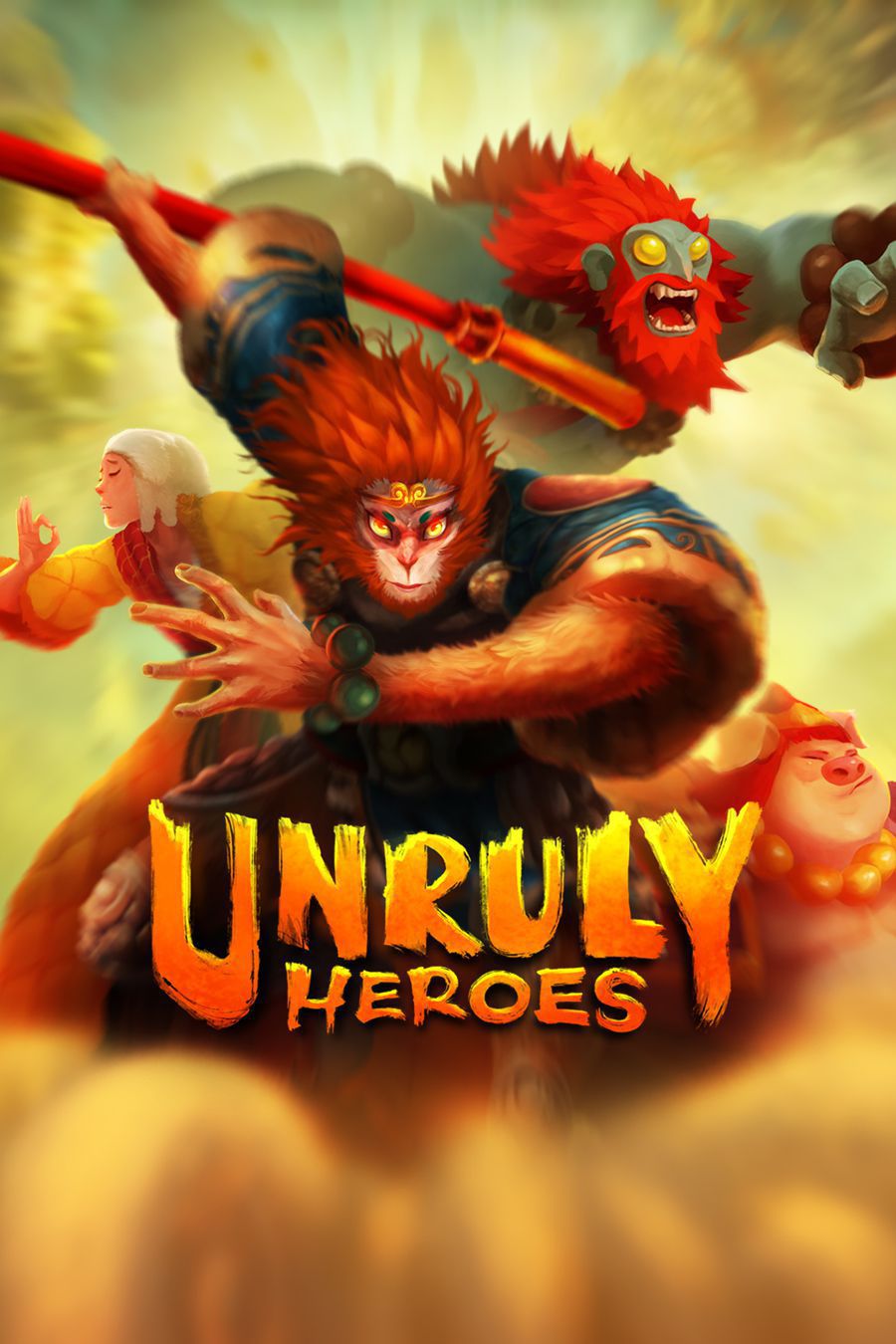 Based off of the Chinese folklore novel “A Journey to the West”, “Unruly Heroes” follows the adventures of four heroes as they travel dangerous and distant lands in order to piece together parts of a magic scroll in order to save the day.

The protagonists in “Unruly Heroes” range from a super strong anamorphic pig to a classic Dungeons & Dragons style monk. You have the option to instantly switch between each of the four main characters with the touch of a button, with each character having their own unique powers and gameplay style. Some characters focus on lightning-quick attacks and fast agility while another may be more of the bruiser-style character, punching rocks into oblivion. The beautifully painted backgrounds are reminiscent of games like “Rayman Origins”, “Earthworm Jim” and the newer Donkey Kong Country games.

The gameplay in “Unruly Heroes” is a subtle blend of platforming, arcade brawlers and puzzle-solving. Each character has special abilities that are needed to advance through the 29 levels scattered throughout four separate worlds. Your characters can level up and gain new abilities to help you on your quests. You’ll have to keep all of your characters alive to progress through each level. There are also a decent amount of collectibles throughout the game to help with the replay value and if you’re one of those OCD people like me.

I was impressed with the beautiful artwork and the distinct Asian flavor throughout the game. With a lot of the elements in the game pulled from Chinese fables and folklore, there were plenty of unique bosses, characters and settings that you encounter along the way. While there were some areas that required multiple tries to pass through, I felt that the difficulty level was just right and that the puzzles were tough without being frustrated. The platforming elements were also done very well as I’ve encountered a few new games that had wonky physics and frustrating platform mechanics and “Unruly Heroes” is definitely not one of them.

Play modes are limited to the story mode as well as a PvP mode for online and offline play. The developer mentioned that there is the possibility that online co-op multiplayer could eventually happen but as of now, the game is available for local couch co-op only. This would definitely be a game that would be fun to play with friends. Think of it as a co-op “Rayman Origins meets “Super Smash Bros.”.

I had a lot of fun with “Unruly Heroes”, with its unique setting and characters as well as the instantaneous switch-out ability with the player characters. At some points there was puzzle fatigue and repetitive aspects but overall, the fine folks at Magic Design Studios did a great job of trying to keep things fresh and interesting. I would have loved to play the game with online co-op, as my gaming friends are quite a distance away so hopefully that will be an option later on or with a sequel. “Unruly Heroes” would surely have that Teenage Mutant Ninja Turtles arcade game feel to it, but those with local gaming friends will have to tell me about that aspect after the fact. Until then, I’ll just have to keep trying to collect those damn coins and get better ranks on my levels.