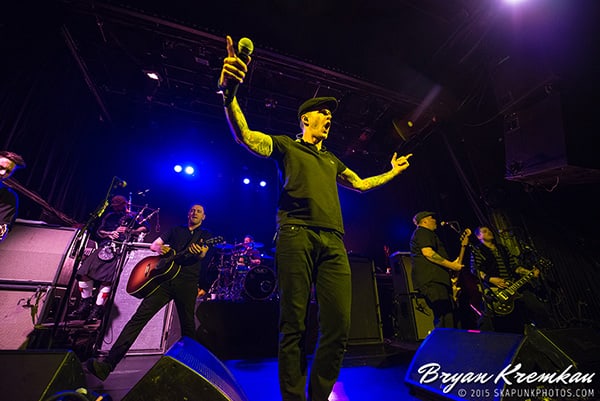 If you take the Dropkick Murphys; one of the best bands from Boston, and the Boston Bruins; one of Boston ’s best teams and throw them together, what do you get? Simple, one of the best shows in the history of Boston.


My friend got a ride down to the Fleet Center and made our way up to our seats. They were way up in the balcony. I noticed that a section of seats in the green section were removed and there was a bunch of sound equipment set up.

I automatically assumed that’s where they were playing and was correct. The game itself was exciting. It was filled with fights, hard hits, and nail biting moments. After the second period during intermission, DKM took the stage and performed “Time To Go,” a tribute to the Bruins off the new album Blackout. The game went into overtime with each team with one goal a piece. During the time between the third period and the start of the intermission, my friend and I made our ways down to the green section to get some better seats in front of the stage. In overtime, Brian Rolston won the game with 45 seconds left getting the crowd pumped up for the Murphys.

Five minutes after the game ended, the area in front of the stage was flooded and everyone was packed in like at a real concert. They took to the stage followed by a raucous applause from the crowd. They broke in with the song “For Boston” and followed up with other power ballads such as “Upstarts And Broken Hearts”, “Boys On The Docks”, “Legend Of Fin McCumhail”, “Barroom Hero”, “The Gauntlet” and other great oldies. They mixed in newer stuff off Blackout such as “The Workers Song”, “ The Dirty Glass”, “ Walk Away”, “ Buried Alive” and “ Fields of Athenry”.

The crowd was pumped the whole time as everyone sang along to every song and pogoed in the little space they had. Crowd surfers were scattered through the crowd and lucky if they didn’t come down on a Fleet center seat. As an added bonus, Nick Boynton and Brian Rolston of the Bruins filled in on guitar for “Boys on the docks”, After that, the band retreated from the stage and up went the chant “Let’s Go Murphys!” They came back for one last song but didn’t finish it off with the normal “Skinhead on the MBTA.” They said the Fleet center didn’t approve of it and decided to end it with a cover of “Dirty Water.”

Guitar player Marc Orrell climbed to the top of the amplifier tower and played most of the song up there. The crowd chimed in when duty called and was louder than the lead singer himself. The people in the front climbed the barrier and rushed the stage despite all of the security people trying to keep them back. They praised the crowd one last time and got a mutual response back. The show itself was a humongous success as they managed to sellout the game. With the smell of Bud Light in the air, the Bruins winning in overtime, and the Dropkick Murphys rocking the house afterwards, Boston doesn’t get any better than that. 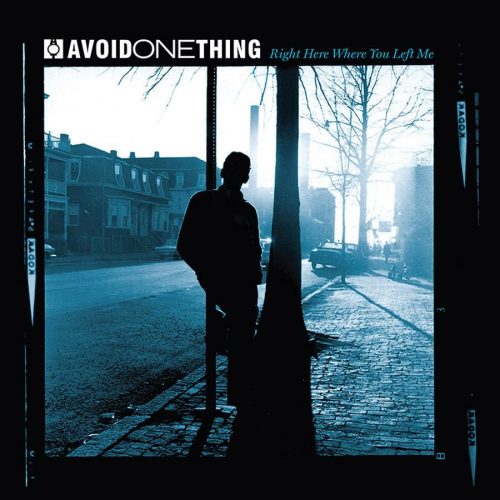 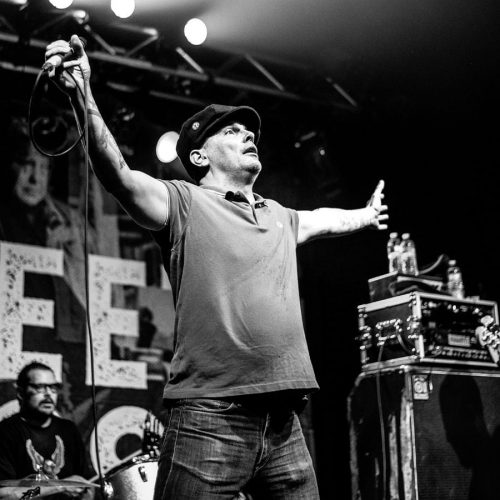 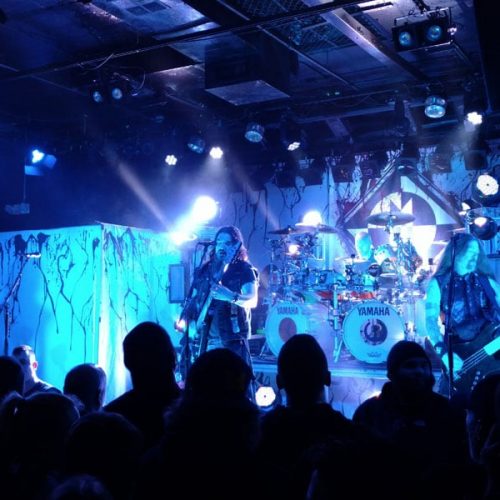