Although face to face was headlining the show, my real motive in going to the Showplace on Monday was to see Saves the Day.

Saves the Day is a five piece from New Jersey who have built themselves quite a reputation in just a few short years. With only two full length albums under their collective belts, they have already gained enough notoriety to tour with punk rock veterans face to face. Their sound has been likened to bands such as Weezer, NOFX, and Good Riddance. With such a broad range of comparisons, it is not inconceivable to think they were a large reason the Showplace was so packed Monday night.

The first band to open the show was Chronic Future from Arizona. They are one of the many rock-rap bands that are so popular these days. The turntables and hardcore riffs of Chronic Future are very reminiscent of Limp Bizkit or Rage Against the Machine. Even many of their lead singer’s mannerism were very De La Rocha-esque. They put on a fairly entertaining set, but did not seem get the crowd all fired up. They were a victim of mis-billing playing to a punk rock crowd. Next up were the Canadians Gob. They had a really good stage presence that was refreshing to see after a bland Chronic Future set. Not only was their set list good, but they actually had personality.

They poked fun at various other types of music all throughout their set. Opening with a minute-long cover of the intro to Metallica’s “Harvester of Sorrow”, they proceeded to mock out both 80’s hair bands and disco. Their punk rock cover of “Paint it Black” had to be the highlight of the Gob set. They were really fun to watch and I would recommend seeing them next time the return to town. Saves the Day was the last band to hit the stage before face to face. They took the stage to a warm reception and didn’t disappoint. Their blend of hardcore, punk, and emo is unparalleled and is even better live. Saves the Day put on a really energetic and tight set.

Many of the songs they played were off their latest Through Being Cool. Songs like “You vandal” and “Shoulder to the wheel” were definitely crowd favorites. After playing what seemed like a very short set, they left the stage to chants of “One More Song!”. With their growing popularity, it’s obvious that Saves the Day can easily headline their own tour. The crowd appeared to thin out after their set and it was plain to see that many came out just to see them.

Finally face to face came out as only a three piece. This is unusual as their other guitarist decided not to tour remaining home in Los Angeles. This had a major effect on their performance as it was empty sounding and not as powerful as the face to face I was expecting. The crowd was really into their set as they have built up quite a following over the past ten years. Their latest Reactionary is a return to a harder and more aggressive sound. It’s too bad they didn’t come to Buffalo with their full lineup to build up interest for this new album. I didn’t stay for the entire face to face set, because as I said before they weren’t the band I came to see. Overall, going to the Showplace Monday was a really good time and worth the fifteen dollar admission. Although it would have been nice to get in for free… Oh well. 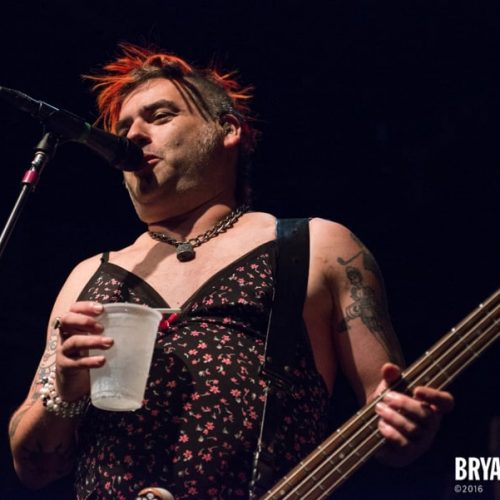 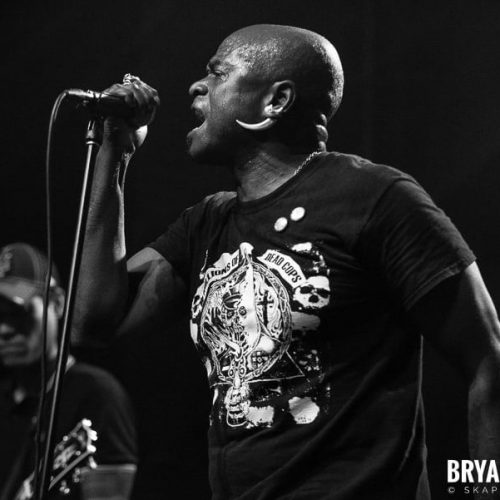