Flogging Molly played in New York City last night on their annual Green 17 tour. This time, the tour featured opening acts The Architects and an artist that’s quickly becoming one of my favorite musicians, Frank Turner. While the bands performed excellently, the concert experience at Hammerstein Ballroom left a lot to be desired.

The doors opened at 6pm, but I only managed to get down to the parking garage near Hammerstein Ballroom around 6:30pm. By the way, if you don’t know of nyc.bestparking.com, I HIGHLY recommend it for people driving into the city. Not only does the website tell you where the parking garages are and how much they are, you can also save a ton by printing out a free reservation. I saved 16 bucks last night! No scams or anything either, which is nice.

I finally got inside the club around 7pm, and missed the first song from the Architects. They are a punk rock and roll band from Kansas City, Missouri. From what I can remember, I dug these guys and I think the crowd seemed to as well. They weren’t jumping for joy per say but they seemed to appreciate them. I don’t know what songs they played but the band had a lot of energy and I’d definitely check out how they sound on their albums. Fun fact: 3 of the members (brothers) were in the ska band…the Gadjits!

I’ll be honest, the main reason why I wanted to check out this tour was because of Frank Turner. No disrespect to Flogging Molly, but I never saw Frank Turner so I was excited to see him perform more than anything. He was up next and played 10 songs I believe. His newest album “Poetry of the Deed” on Epitaph Records is excellent, but his previous album “Love Ire and Song” is by far my favorite album by him. Thankfully Frank didn’t disappoint with the song selections and his performance. I couldn’t have asked for a better setlist for an opening band set.

He started off with “The Road” and quickly got the crowd to sing along. “The Road” was the first song I heard from Frank and I was hooked from then on. Then I had to get his previous albums because he’s just an incredible artist. He’s the next Billy Bragg; there I said it! I get the feeling he would be great for basement type shows, instead of a big club like Hammerstein Ballroom. Although, The crowd seemed to really like Frank and sing along and clap when told to. But something about Frank seems like he excels with fans standing right over him as he performs in some small club.

It was nice to see Frank playing with his full band, but I’m sure I would have liked his set if he was solo or not. I don’t know which songs were played in what order but Frank played a lot of tracks from his newest album and “Love Ire and Song.” He played songs like “Reasons Not To Be an Idiot,” “Love Ire and Song,” “To Take You Home,” “Try This At Home” and “Dan’s Song.” Pretty much every song I like, he played that evening. Other highlights include an angry anthem with “Sons of Liberty” which included his acoustic guitar solo. “Poetry of the Deed” was a nice pick me up from other songs, and I think the crowd like that one a lot because it was more in fitting with Flogging Molly’s music. The final song of the evening for Frank Turner was “Photosynthesis,” which happens to be my favorite song from him. What a way to end a set! I especially loved the rockier ending to the song too. I can’t wait to see Frank play in New York again, hopefully in a smaller venue. I was disappointed there was no merch for him though. Maybe it was all sold out from previous gigs?

Flogging Molly was ready to take the stage around 9pm. I absolutely loved their intro, which was “La Resa Dei Conti” from A Few Dollars More by the brilliant Ennio Morricone. I swear Morricone’s music is one of the most used intro music for bands. What was very cool was when the mysteriously organ music started to play in the song, the lighting went along to the music. Fantastic intro! The band came on and started things off with “Paddy’s Lament.” At least I think that’s what it was. I’ll admit when i’m shooting photos, it’s hard to remember the set list since i’m so busy shooting. Like always, the band was on fire and playing their asses off. I always love photographing the band because they have great lighting, are interesting subjects and always give great poses for the photographers.

After that, they played “The Likes Of You Again” and “Swagger.” After those songs, I went back to the spot where my girlfriend was. But it was really crowded (as expected) and I just didn’t feel like being around the people in that area. There was some schmuck wearing a huge jacket that seemed like something George Constanza would wear. Big ass puffy jacket that an Eskimo would wear.

So we headed towards the back, only to find that there were barely any good spots to see. Every spot we tried to see, we couldn’t. Or we were standing by obnoxious people who felt like talking the entire time and having no interest in the band at all. Why go to a show if you don’t give a shit about the bands? Stay the fuck home! Besides the annoying crowd, I have to say that Hammerstein Ballroom is an awful venue! I’ve only been to this venue a few times and everytime I can’t stand it. The sound is so awful that you only hear drunken idiots yapping away in the back and you can’t hear the band that well. The sightlines are just as bad as Terminal 5. If you’re not up in the balcony or up front, forget about seeing a show at Hammerstein Ballroom. I wish Flogging molly would play Nokia Theatre again, that venue is so much better. But I was so pissed with not being able to hear or see, my girlfriend and I were ready to leave after only a few songs from FM.

But enough of bitching, let’s talk more about Flogging Molly. From what I can tell, they put on a great show like usual. Some of the other songs that stood out included “Requiem for a Dying song,”” “Rebels of the Sacred Heart,” “Drunken Lullabies,” “Factory Girls,” “Tobacco Island” and of course “Salty Dog.” Those songs are always my favorites for a Flogging Molly show. I wish I was able to talk more about FM, but it was just too damn hard to hear or see them. I left after “Salty Dog” because I just simply had enough of Hammerstein Ballroom and the crowd. I’m surprised I lasted that long. Plus, I wanted to get home to see the newest episode of LOST! No, I didn’t want to wait until the next night to see it fuckers.

Flogging Molly just released their brand new live CD/DVD, which I highly recommend. If you don’t feel like seeing them live because of the crowds, you should at least see their DVD then! Overall, all the bands were excellent…it’s just the venue and crowd I had problems with. 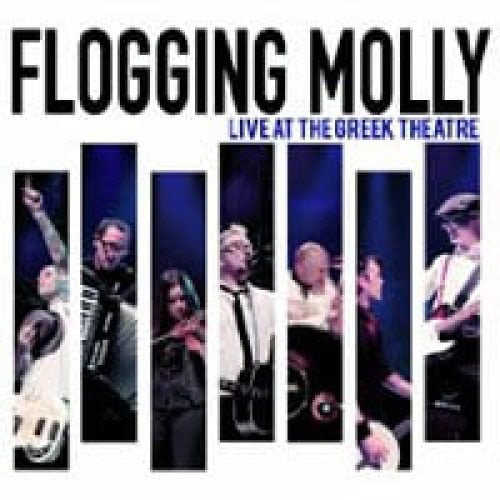