Keeping with the trend of me being old AND all the concert venues closing down in Western PA, this show was only the second concert that I’ve attended all year. Add that to the fact that one of the only remaining clubs in the Pittsburgh area is one that I hate. Well, do you know what I said to myself? I said…”It’s the Aquabats dammit!!!” I could not pass up the opportunity to check out my favoritist superhero band of all time. By golly, I could not say no to the Aquabats no matter how hard I tried. (Not very hard) So I left work early, rounded up my friend Dave and we began our journey to the northern side of Pittsburgh.


With an 8 PM start and three bands playing, I figured that we would be in for a long night and that we probably wouldn’t even get out of the show until after 11. With roughly a two-hour drive home, that would leave us both with about 5 hours of sleep. But you know what? It’s the Aquabats dammit!!! We arrived at Mr. Smalls around 6:30. The doors were supposed to open at 7, but you know what, since it’s raining how about we just not let anyone in until 7:30. Yet another reason to hate that place. Finally we managed to get inside, get a spot and then watch as everyone crowds around you while stepping on your feet at least twice a second. Surprisingly, the show started on time.

Up first were the Aggrolites. The Aggrolites describe themselves as “dirty reggae”. From my standpoint, it wasn’t dirty at all. Not even a little crusty. It was pretty damn good. No punk, ska or dance thrown in, just good old traditional reggae with a touch of soul. I had heard the Aggrolites before and pretty much knew that I would like them and was excited to see them. I planned on purchasing their CD’s but the crazy merch guy wouldn’t give me a deal on both their albums so I only picked up their newest one. The setlist seemed to include mostly songs off of that album. This was a good thing.

The Aggrolites were a great opening band and they managed to get the crowd moving and dancing fairly quickly. The instrumental stuff would occasionally slow down the pace, but all in all, the Aggrolites excited the crowd with their organ driven sound and provided a great start to what was shaping up to be a hell of a good time. After their half an hour allotment, the Aggrolites shut it down. But only after warming it up.

Coming up after the Aggrolites was Whole Wheat Bread, a punk band from Jacksonville, Florida. When describing them, I’ll paraphrase a line from their own website. “We look and dress like we should be in NWA, but we like to play punk rock.” That remark is right on the money. All three members look like they should be in a Snoop Dog video drinking some 40’s not playing in a hardcore punk band. That’s right…hardcore. Not the garden-variety poppy crap that the kids seem to be playing nowadays. These guys weren’t fooling around. Something that amused me was the fact that first we have a reggae band made up of all white guys, followed by an all black punk. It was awesome to see some of the racial stereotypes shot to all hell. You also have to love their name…Whole Wheat Bread. Write it down white bread, you’ll be hearing that name in the future because these guys have the potential to take punk music to a whole new level and a completely different demographic. It’s not just that they are three black guys in a punk band, but that these guys are very good and enticed one of the largest circle pits that I have seen in ages. I’m not talking about one particular song sparking the massive pit…more like every song. Whole Wheat Bread really tore it up. One of the most impressive and interesting songs mixed some hip-hop beats in with some fast and melodic punk. The song just seemed to build and build. I was just waiting for the entire place to erupt. And it did. And people were flying everywhere. It was great. Whole Wheat Bread rocked the house and only continued to build upon the great show that I was witnessing. But alas…it was nearly time for…

THE AQUABATS!!!!!!! Oh yes, the mightiest band in the entire known universe was about to take the stage. Could the Aquabats top off what was turning out to be one of the best concerts ever? There would be no doubt to that question. The lights dimmed, the crowd roared, and……..nothing happened. The lights remained dim…and still nothing happened. To make a long story short, this occurred off and on for about ten minutes. And then…the previews came on. The screen above the stage showed a preview for an old skate movie called Thrasher followed by the typical movie theatre promo that informs us that there is still time to visit the concession stand and to please be quiet. Great stuff. Finally, the opening credits began to roll and shortly after the Aquabats graced us with their presence. I was hoping that the Aquabats would play a lot of their newer stuff from Charge and they did not disappoint.

The first couple of songs blazed by. Demolition Rickshaw, Nerd Alert, and Tiger Rider Vs. The Time Sprinkler. Much to my surprise, they brought out Pizza Day early. They played it too fast and the ska parts didn’t sound right. I was really hoping to hear Waterslides live since I think that it is my new favorite Aquabats song ever, and wouldn’t you know it Waterslides was up next. This song sounded really good live and the crowd really got into it with everyone waving their hands so as to look like a sea of people and by skanking their asses off. After that I believe that Mechanical Ape was next followed by Giant Robot Birdhead. As usual, the Aquabats entertained us with their stage antics and Aquabats commercials. There was and evil rabbit that was killed by Lovers of Loving Love and a giant lobster destroyed by the power of rock. We even received a visit from Super Bowl Champion defensive tackle Chris Hoke of the Pittsburgh Steelers who participated in Look At Me (I’m A Winner). From what I recall, the Aquabats played mostly new songs and I don’t think that I heard anything other than Super Rad from The Fury Of and almost nothing off of The Return Of. That’s ok though because the new songs sounded awesome all night. I really liked the transition from Hot Summer Nights (Won’t Last Forever) into Pool Party during the phone call part. To no surprise to anyone in attendance, the Aquabats rocked the joint right up. The encore of Super Rad, Fashion Zombies, and Awesome Forces was probably one of the most exciting, most energetic, most physically draining encores I have ever participated in. It was nonstop rocking, skanking and moshing the entire time.

As the memories of the night faded away, and a long drive home loomed ahead, I will forever look back on this not so hot summer night that only lasted a few hours and I will remember that one time that the Aquabats rocked sooo hard that it made the streets of Pittsburgh bleed and made children in far off towns cry tears of chocolate milk. Having only seen the Aquabats once before, I can say that it was like seeing two different bands. I don’t know if the songs off of Charge are that much better than everything between The Fury Of and Yo! (they are) or if the Aquabats have been working out in the gym of rock nonstop since then (they haven’t been), but what I know is that this show was one of the funniest, funnest and most memorable shows that I can remember. Thanks for the good time Aquabats. You are my heroes. 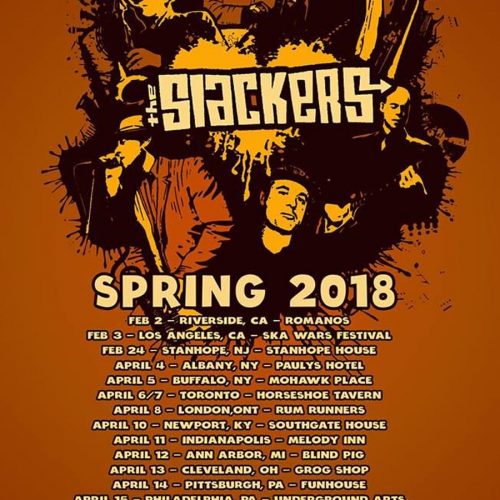 The Slackers @ The Funhouse at Mr. Smalls Pittsburgh, PA 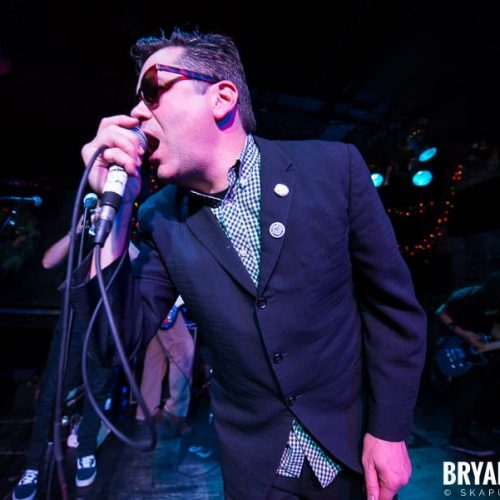