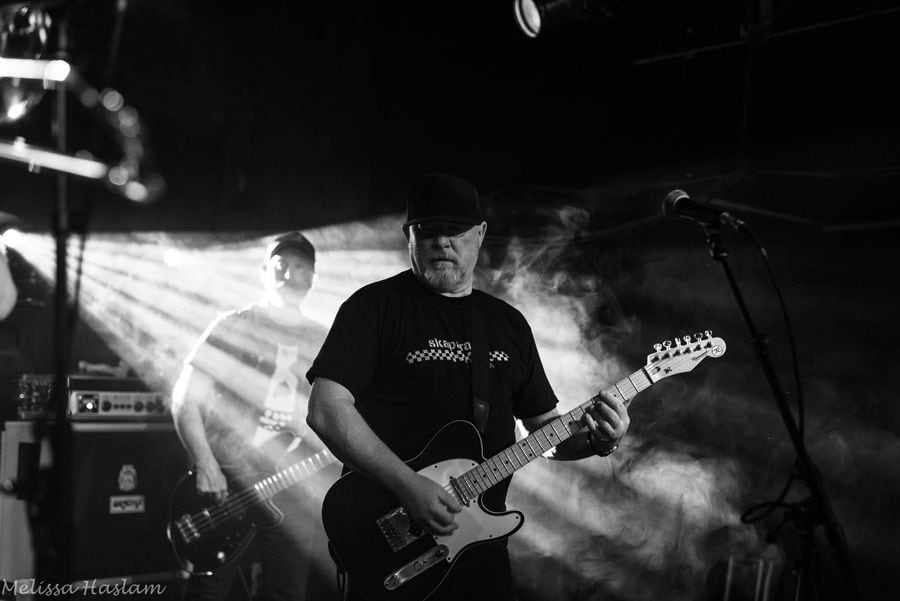 This weekend I saw the Toasters again for like the tenth time this year. This show was at Sea Sea’s in Moosic, PA. The last time I saw the Toasters there they would be playing and the system would shut off or something and The Toasters would get pissed. So I was surprised to see them there again but Sea Sea’s got a new system so it didn’t blow up. They got a new switch board and new big speakers. The First was called 1.21 Gigawatts or something like that and I didn’t really pay attention to them because they didn’t sound good to me.

After them was Skank Williams and they were basically a punk-ska cover band. All they did was cover of bands and most of those bands are still around like Skankin’ Pickle, I think Thumper, Biohazard, The Business/Pietasters and Vanilla Ice (HEY!, He’s making a comeback)They ruined all those songs and for “Drinking and Driving” he said the exact same words as Steve Jackson said on the Pietasters live album. Next was Ignoramous everyone seemed to like them, but I really didn’t. I don’t know what makes me not like them. It seems that anyone could have a band, even me! I thought they played then the last time I saw them though. They said they are doing a full length soon and should be out soon too.

Next was 5 Driver and I didn’t really watch them because I had better things to do like talking in the hallway. But what I could hear I wasn’t impressed. They didn’t sound like ska nor punk, they sounded like alternative! After that, the show actually got good!!

Next was the band from Japan Rude Bones! They were so tight and they sounded really good. They got the place jumping and skankin’ (or the Scranton kiddies at least trying to skank) I knew like three songs from comps. and such comps. like Misfits of Ska 2, the song “Hey! What’s this Noise” was on that. “Short of Time” was the next song after that and that appeared on the Japanese ska comp. on Moon records.Then they did a cover of the specials’ song (or at least I think was originally done by the Specials) “Rat Race,” which sounded excellent. They should have played longer though instead of those other bands.

Next was the Toasters and they started off with the usually opener “Frankenska” and they played a song that they usually play second. Jack Ruby Jr. was actually there this time and He came back from vacation. My brother Matt asked him where he was and he said down south getting rest. They need it because they tour Europe every week *sarcasm*. They then they played “Don’t Let the Bastards Grind you Down” and then “Fire in my Soul.” Then they played others “Rude Rude Baby,” “Talk is Cheap,” “Shebeen,” and “Friends.” After that they played “East Side Beat.” Since that we seen them about 100 times we left so thats’ it.