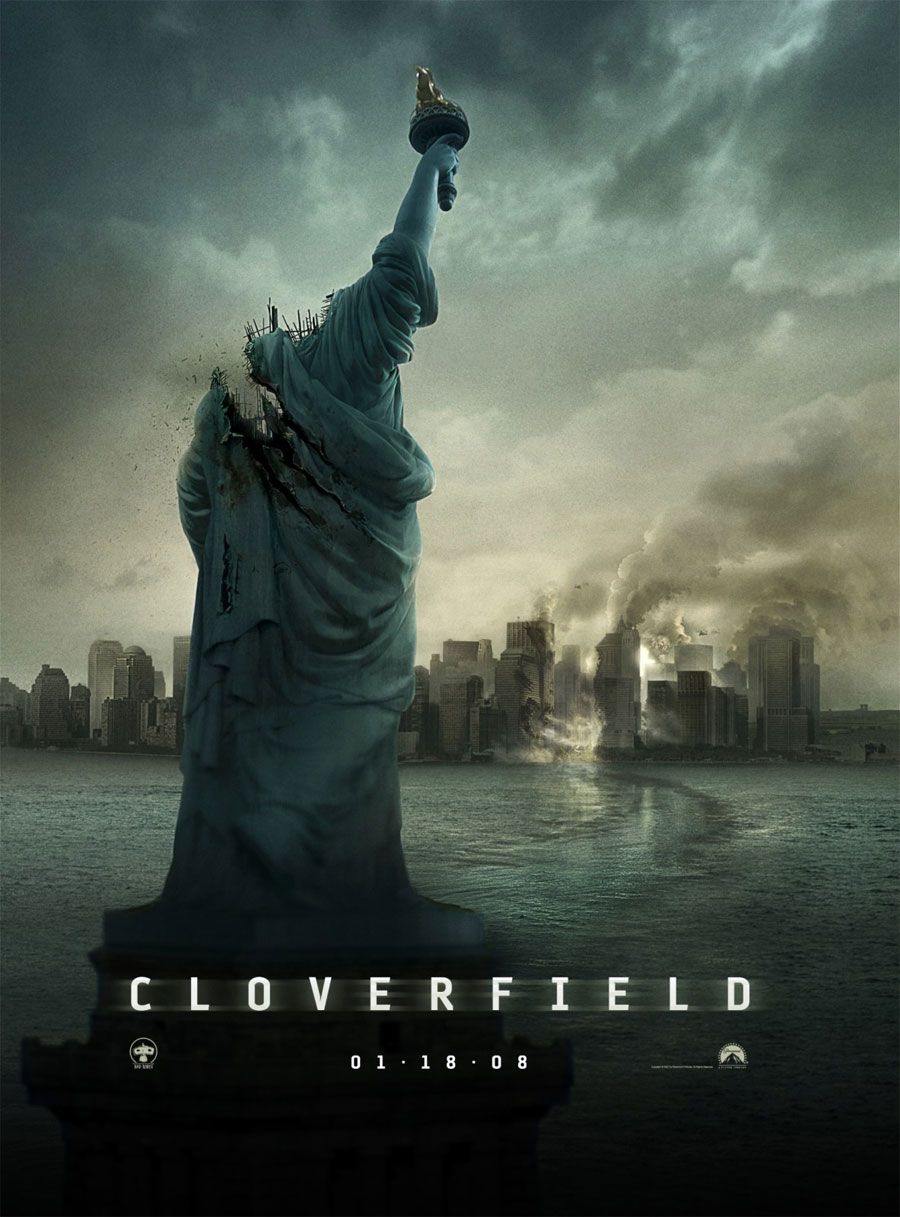 My grandchildren asked me to write my thoughts about the Cloverfield picture. I saw it yesterday with my good friend David, and now my grandkids won’t stop hocking me, they want to hear about it so much.

I don’t know why, it isn’t very good. But they said I should just talk about it and they’ll type it up for me on the computer. They both write for an Internet magazine that they say is very popular. I don’t see how they can make money if it’s on the Internet, but they tell me they can. Do they print the pages from the Internet and sell the pages? Okay, they’re telling me to get on with it.

Well, I have to talk about my friend David first. He and I have been friends since St. Augustine’s in Brooklyn and we have kept in touch since. He is a great, great friend of mine, even though he is Protestant. And he has a lovely family. They invited me to his home for his nephew’s 50th birthday celebration. It really was very nice and Mindy, David’s wife, who I’ve known for years, really went all out. She is a wonderful woman.

So the nephew who’s birthday it is, his son is a rich and famous Hollywood writer or producer, and he said he had a surprise for the whole family, a print of a new picture, “Cloverfield,” which hasn’t come out yet.

Most of the family went into the den and I decided to watch the picture as well because I know all about Cloverfield. It was a minor but important Civil War battle towards the end of the war. I wouldn’t call myself a historian, but I know a lot about many things, and I love war movies. Back when David and Mindy were first going steady, the three of us would go to the theater to watch the war reels. Fifteen cents each would get us two pictures, a cartoon before the pictures, and the war reels afterwards. If you had a quarter, you could also buy hot dogs and popcorn. I’d often use my ten cents to buy Mindy a popcorn and Coca-Cola.

Okay, I’m getting to the movie now. So the movie starts and I’m sure you all know this, but it became clear to me that this wasn’t about the Civil War! The picture starts off with some very loud kids throwing a party by themselves (where are their parents?). They’re laughing and carrying on and really acting quite stupid. The music was awful. I really didn’t like watching it and I didn’t think a lot of it was appropriate. There were girls wearing very little. I looked over at Mindy and she was embarrassed. She turned bright red! I always thought she looked pretty when she’s flustered, but she looked old and I felt old too.

I was looking at Mindy so I missed something on the screen, but there was a big explosion. I didn’t see what it was, but the kids in the picture ran outside and then started screaming in the street. It looked like 9/11, and sure enough I heard Mindy whisper, “9/11!” But it was dark and, again I’m no historian but 9/11 took place in the morning. But still, it could be a movie about another terrorist attack. Sure enough, there was another explosion and the Statue of Liberty’s head came flying down the street!

The kids start running and screaming again (there are no adults whatsoever in the movie), and then I sat through the absolute worst hour of my life. It was all running and screaming. It was terrible. There would be a crash or sudden noise, things would go flying, and the kids would just barely survive. It was very stupid. There is one scene where a subway car goes flying towards the kids and they just leap out of the way. First of all, I don’t like how the director is going to make people scared of the subway. After the war, I worked as a switch operator for the trains, and I can tell you that the New York subway system is a work of art! Secondly, I was hit by a trolley in downtown Brooklyn many years ago, and I’ve had a bad back since. I just don’t think these kinds of injuries should be made fun of. There were many other things I didn’t like namely, how disrespectful the director was toward New York City and its landmarks. I was getting more angry at the director than at the terrorists causing the damage!

But instead of just being another 9/11 movie, this picture had a twist. I don’t know if it’s a clever twist or a stupid twist, you be the judge. But the terrorists created a monster like Godzilla to attack New York. You hardly see the monster in this picture, but it’s clearly a monster like the Japs, sorry, Japanese, used to make movies about after the war. You know, David and I didn’t serve together I was in the Pacific and he was holed up in England for most of it. I saw a lot of terrible things, had a lot of friends who… didn’t make it. David, meanwhile, haha, he was sipping tea, charming the British ladies, “protecting them from the shelling.” He did well for himself, but he got it out of his system. When he came back, he married Mindy. I was very happy for them.

So the movie. I don’t know what to tell you. It had no plot. Kids screaming and running. Kids older than us when we were in the war. I wish I could’ve screamed and ran like that. But we had a job to do. So these kids oh, and the direction is terrible. It’s like someone is running after the kids with their camera. It was very shaky and you can’t ever see what was going on. I spent most of my time looking at David’s family. Mindy seemed to like the movie, or at least tolerate it. She caught me glancing at her a few times. Well, she seemed to think the picture was okay, but then we got to a scene where you can finally get a good look at the monster, a Godzilla-squid creature with many legs. Well, let me tell you, she let out a shriek that made us all jump! I don’t know if she was scared of the monster or embarrassed by her scream, but she got up and hurried into the other room. David seemed interested in what was happening on the screen, so I told him I’d check on her.

I left the picture at that point, but could hear David’s family yelling and laughing. I really didn’t care about the picture anymore, because I could see that Mindy was upset. She was sitting in the corner and her back was to me, but I could see she was crying a little. I just stood there for awhile. I’m sure she knew I was there, but I didn’t know what to do or say.

After awhile, I went back to the den and the kids were getting the monster to run into the steel cables of the Brooklyn Bridge to get itself caught in them, so they could electrocute it with something or other. The effects were very good, but I was annoyed at how the director felt he had to destroy the entire city to tell a story.

I won’t get into the details because they’re not that interesting, but the monster of course dies, the kids laugh and kiss each other, and surprise twist ending the kid with the camera who was filming the movie drops the camera in the river. And when it lands on the bottom, you see an egg.

So that is Cloverfield. I have no idea why anyone would want to hear my thoughts about it, but I love my grandchildren and hopefully this will make them some money. 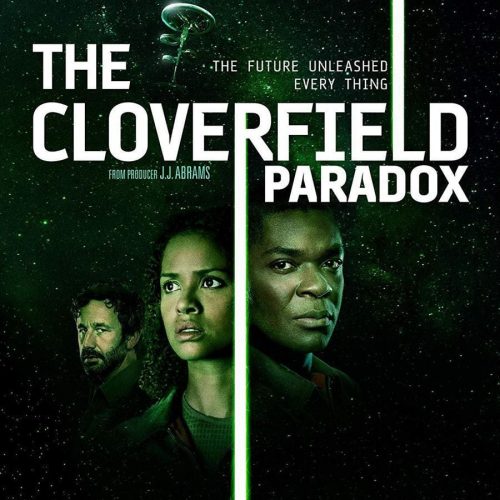