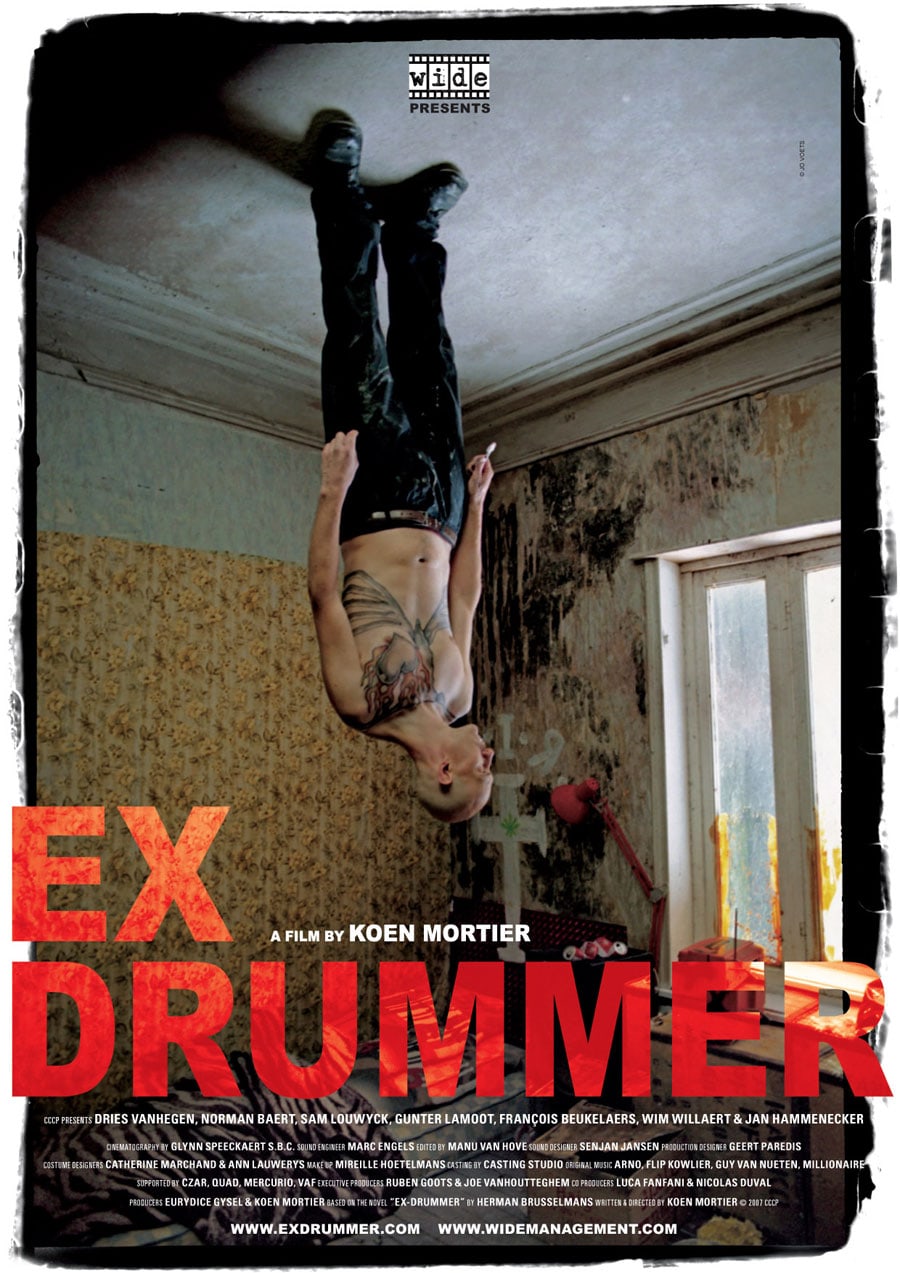 I can safely say that this is first Belgian punk rock comedy I’ve ever seen.


And quite possibly one of the most vile, ridiculous, and offensive things I’ve been subjected to in a long time. Not that it’s a bad thing. The plot for this one was pretty promising even before I saw it: popular writer Dries gets offered to play drums in a band full of handicapped people, a skinhead rapist singer, a nearly deaf drugged out guitarist, and a gay bassist with a paralyzed right arm (from a traumatic masturbation incident). Dries’ handicap is that he can’t actually play drums, so he joins the band and calls them the Feminists. Sounds pretty cool, huh?

As the movie progresses, it begins to offend about as many people and groups as possible. But as the director mentioned before the group, it’s equal opportunity offensive. The first hour or so plays like most other rock band movies, with them forming, rehearsing a punk rock version of Devo’s Mongoloid, and eventually playing the big battle of the bands. In a way, it followed a pretty simple plotline until then. However, from that point it just got more and more fucked up, and not necessarily in a good way. Without giving too much away, Dries backs out of the band, yet they continue. Somehow, some random shit starts happening and the film takes a very violent turn, and it sort of veers about as far away from comedy as can be.

I guess my big complaint with it was that it was not nearly as funny as I hoped it would be. It was much more about trying to be offensive than entertaining. But I guess in a way, if it even makes you squirm a little bit, the director is doing his job. Watch this one only if you have a strong stomach and no real moral core.