I didn’t know whether I was going to see this movie either, and ended up seeing it just the for hell of it, or to make fun of it. Like most of the comic books out there, I haven’t read the Hulk or didn’t really know the story. I just knew I watch the Hulk TV series with bodybuilder Lou Ferrigno as the Hulk when I was younger.

I think I’d rather prefer it that way then a stupid CGI Hulk. The basic premise of the movie is a scientist gets exposed to nuclear stuff and then becomes a jolly green giant then he gets angry or really stressed out and screams “ho ho ho, green giant”. And then he’s got this girlfriend, who’s a fellow scientist with him, and wants to help him out, whereas her military father wants to destroy him. And then Bruce Banner has this crazy scientist of a father who wants to make him more of a monster. Yeah, some father huh? Yeah, I thought the movie was pretty much boring.

It might have been the fact I was seeing this at 12:15am at night, but I just didn’t find the plot or story all that thrilling. The acting was fine, that wasn’t the problem. I think Eric Bana is gonna be a huge star in the USA, it’s all about the Aussies conquering the US movie market right now. I thought he was great in Black Hawk Down and he’s good as Bruce Banner. Jennifer Connelly plays his girlfriend or whatever, and doesn’t really do much except look hot and is pretty much the same role as A Beautiful Mind if you think about it. Nick Nolte looks like he just stepped out of jail with the way he looks on screen but maybe that’s how he’s supposed to look.

One thing that I normally don’t do during a movie is talk during it. But during certain scenes had to be made fun, or commented on. I didn’t do this loud to disturb others, but only my friends sitting next to me. Anytime Bruce Banner or the Hulk did something, I would say: HULK SHAVE, HULK TYPE, HULK DRIVE, HULK SLEEP, etc. etc. or whatever he did on screen. I got quite a few laughs from people that actually did hear me. Another killer impression to do is when you see the T3 trailer is scream out in an Arnold voice ‘GET DOWN!!!” Of course you won’t do this if you can’t do the impression good.

I think it was extra loud because Matt did the same thing at the exact same time I did. Anyway, back to the movie. One thing that I did like was the editing of it, and the way it was presented. At times, I felt like I was watching a comic strip. I like the transitions and effects they used for certain things.

BUT I feel the CGI for the Hulk itself is what ruined the movie for me. ILM has better get their asses in gear because a lot of the time the CGI Hulk was weak weak weak. The only time I thought the the CGI looked good was from far away, and when he was flying and bouncing. I think they could have use Lou Ferrigno again minus the afro. The guy is freakin jacked, more than he was before. They could have use force perspective, and just used green screen work and superimposed him later into the scenes. I think it would have worked more effectively. I thought the movie was sort of entertaining, and I had a few laughs (though not sure if there was supposed to be any) and thought some scenes were cool to watch; just didn’t feel right to me, looked like a cartoon mostly. You decide, I heard mixed feelings towards this film and that’s how I feel…

Favorite Scenes: I liked when The Hulk fought against the military in the desert. The dog fight scene was okay too.
Rating: PG-13
Running Time: 138 minutes
Overall Rating: 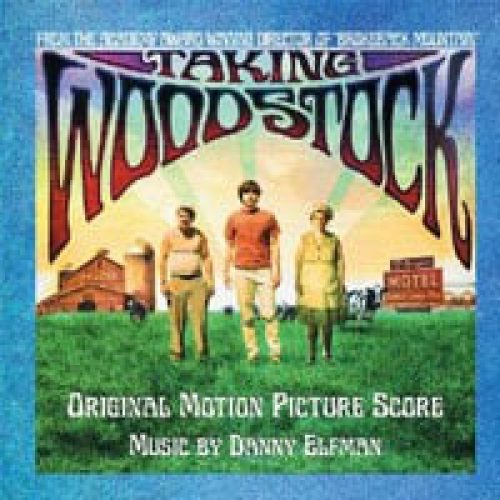