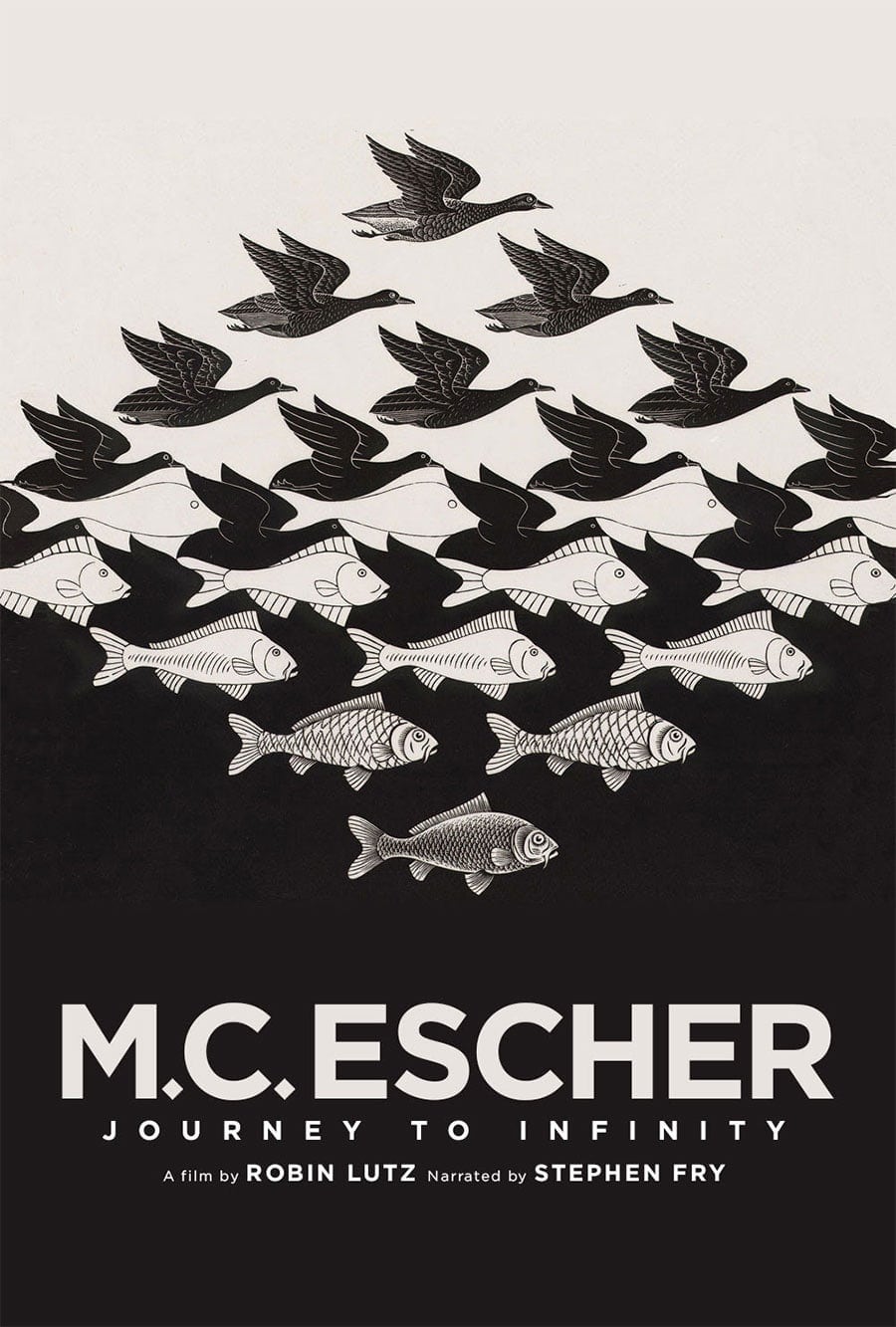 At some point in your life, you have come across some art from the famous Dutch graphic artist M.C. Escher. His style is just hard to miss. I’ve known about him most of my life but didn’t really know much about the man or his life. While this documentary explores some of that, I still feel like M.C. is still a bit of a mystery to me.

M.C. Escher: Journey to Infinity was made in 2018 but the doc is seeing a release a few years later. The film is narrated by actor Stephen Fry, with appearances from Graham Nash (Crosby, Stills and Nash), and Escher’s children. Fry narrates the movie using M.C.’s own words from diaries, lectures and other written musings. Director Robin Lutz mixes Escher’s work with locations that he drew, but also makes them pop by using animation to have the works come to life. It certainly helps hearing Escher’s words with the corresponding images, to give you an idea on what he was thinking when creating them.

Two of Escher’s sons, George and Jan, reminisce about their parents and growing up with their Father. M.C. and his wife Jetta Umiker were living in Italy during fascist rule under Mussolini and didn’t want their kids being involved with that, so they moved away from there. Based on WWII, the family seemed like they were moving around a lot. Italy to Switzerland to Belgium and to the Netherlands. Escher just wanted to work and not be involved with politics but it was hard to escape it during that time. Jan and George discuss the rough time with their mother who was suffering from mental illness, and M.C. having to take care of her as well. You get little tidbits from them on how life was but not to the point where you can create a biopic about M.C. or something.

M.C. Escher has been on my radar since I was a kid. My dad was a big fan of his; he had prints of his, art books and other stuff like that. Then myself majoring in art for college, you tend to cross paths with his work in some form or another. I always like the infinite stair pieces and the film later talks about how much Escher’s work influenced people in the 60s and 70s. He had a bit of resurgence then. Gee, I wonder why all the people in that time loved his work so much. Even Escher’s writings was talking about people recreating his work with black-light posters and being on narcotics. I got a chuckle when he wrote back to Mick Jagger and turned him down, since he wanted to have him design something for a Rolling Stone’s album cover. At the very end, the documentary shows how much M.C. Escher’s work has had an effect on pop culture, movies, and other artists. They show a scene from Christopher Nolan’s Inception, and I’d imagine if they could get the rights to it, they would have shown clips from Marvel’s Dr. Strange as well. When seeing that one, I even thought my Dad would have liked it since it felt like a moving M.C. Escher piece.

After watching all of this though, I still feel like I don’t really know M.C. Escher a whole lot. I now know he didn’t like to be considered an artist but a mathematician. I guess he definitely balanced between the two but come on, the guy was a master in art whether he thought so or not. This documentary was interesting in some aspects, and other parts it was disappointing since I feel like I didn’t learn everything about Escher. I guess there’s always books. One thing I will recommend is to watch the end credits featuring the music from Sky, which is just awesome to see the work and that music together.