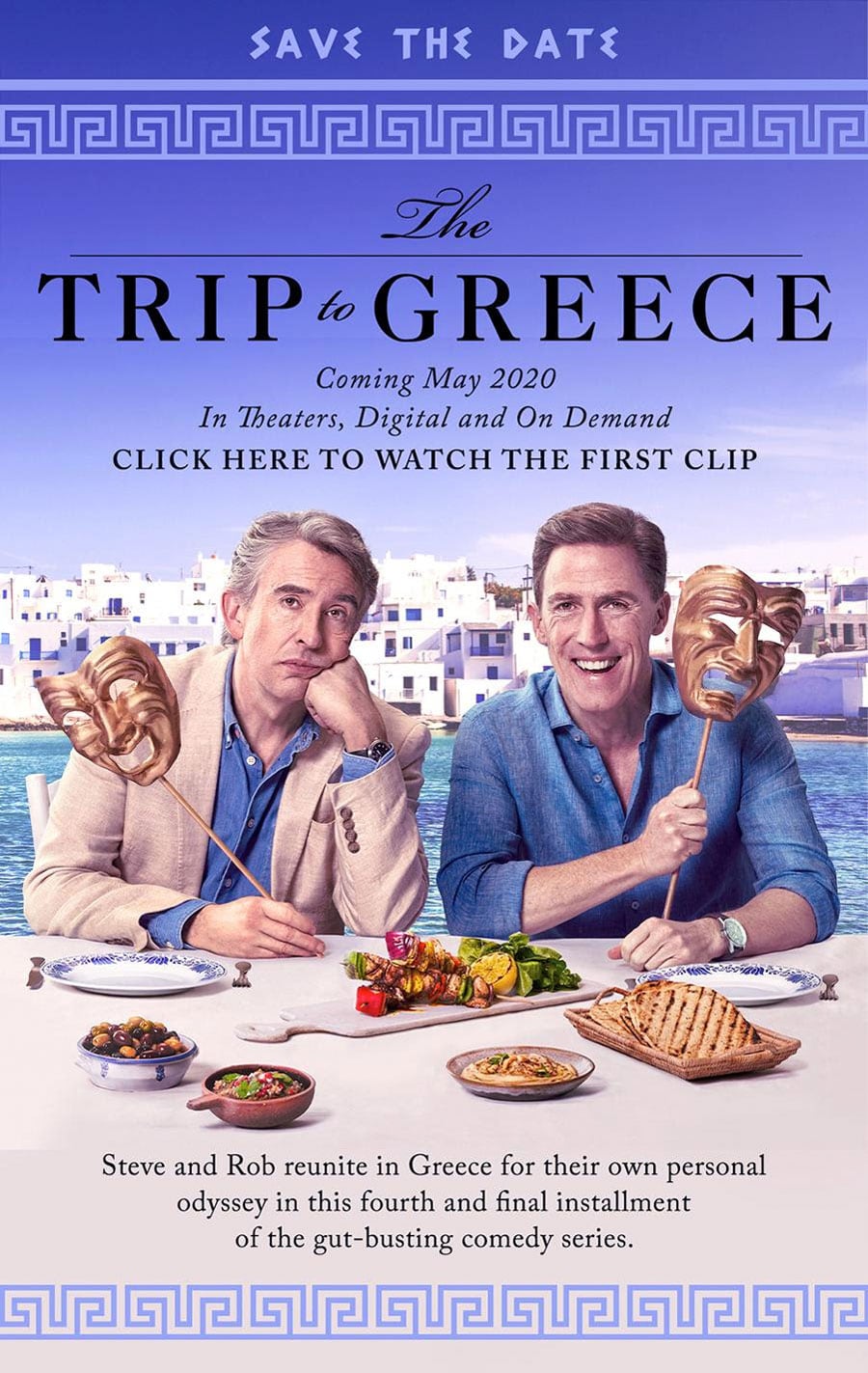 The Trip To Greece is the rumored final film of the popular Steve Coogan / Rob Brydon series. Like the previous 3 movies, this comedy/drama movie has it’s funny banter and impersonation-off but gets bogged down on the drama parts.

For the final film, Steve Coogan is joined by his (sort-of) friend and colleague Rob Brydon to travel to Greece. They travel by car, boat, plane and other means of transportation around scenic Greece that’s supposed to be retracing Odysseus’s journey home to Ithaca. They wine, they dine, make jokes at each other’s expense and try to one-up each other with impressions. Steve is always grumpy while Rob is more light, but both have their fair share of drama over the series. That’s it. That’s the premise of each movie.

Each Trip movie (or series if you’re in the UK) offers similar scenarios. Steve and Rob do impressions, bicker and argue, eat lots of delicious food and then get depressed at night time. Steve is usually a grump and struggles with either fame, not being considered a serious actor or relationships. This time he’s dealing with his Dad being ill. Rob is usually spouting off Shakespeare, doing the same impressions and getting under Steve’s skin. He’s the more family-man and enjoys the company of Steve, even though Steve probably doesn’t think the same about Rob.

What makes these movies watchable is just the interactions between the two. I’m assuming mostly improvised. What would it be like to watch exaggerated versions of Steve & Rob traveling the world, eating food and talking about various things. That’s why I liked all 4 of these movies. There needs to be a montage of just all the impressions they have done over the series because that’s the highlight. Them interacting with each other in the car is also funny as well. Unfortunately, all 4 movies have this drama part that just bogs down the films/series. Usually when the slow piano music plays, I start to lose interest because it’s just this unnecessary drama.

Winterbottom should have just made these strictly travel buddy comedies and be done with it without the drama part of it. Towards the end of The Trip to Greece, they really just end on a somber note. It was a bit of a downer watching it honestly. With that said, I really hope this isn’t the last one because I’d hate to see a beloved series leave on such a somber note.

There are things to love about each movie/series, but I feel like the first one is still the best, followed by the 3rd movie (Spain) and then Italy and Greece. Some people like the Italy one the best but I disagree. Even though it’s great to see these beautiful countries, something about those movies doesn’t make it as funny as the UK and Spain. I hope they continue at least one more that’s somewhere completely unusual and different than the last 4. I can see why they would want to stop doing these now though. They’ve gotten repetitive and don’t really offer anything new.

The Trip To Greece is more of the same and that’s not necessarily a bad thing. We’re there to watch Steve and Rob interact with each other. I think the movies would be better served (no food pun intended) without the drama and just be an improvised comedy. Perhaps being able to watch these as a series would make my opinion change a little. Sometimes getting more scenes and not in a movie style can change things. It certainly did for the first movie/series. I laughed a lot for this but not as much as I was hoping and think it’s my least favorite in the series.

Bottom Line: If this is the end of The Trip, it really ends on a somber note.
Running Time: 103 mins
Rating: NR
Overall Rating: 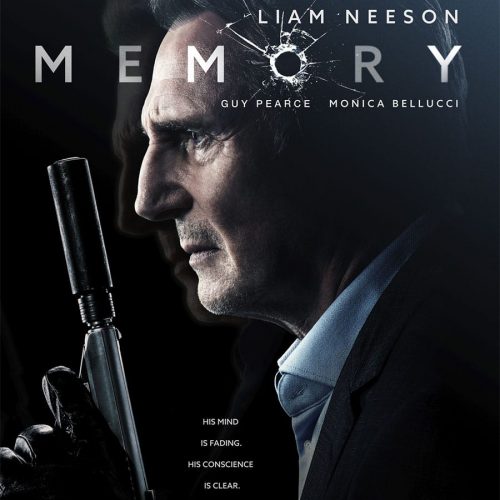 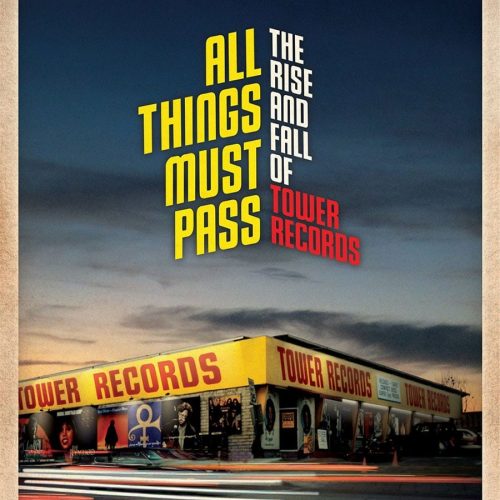