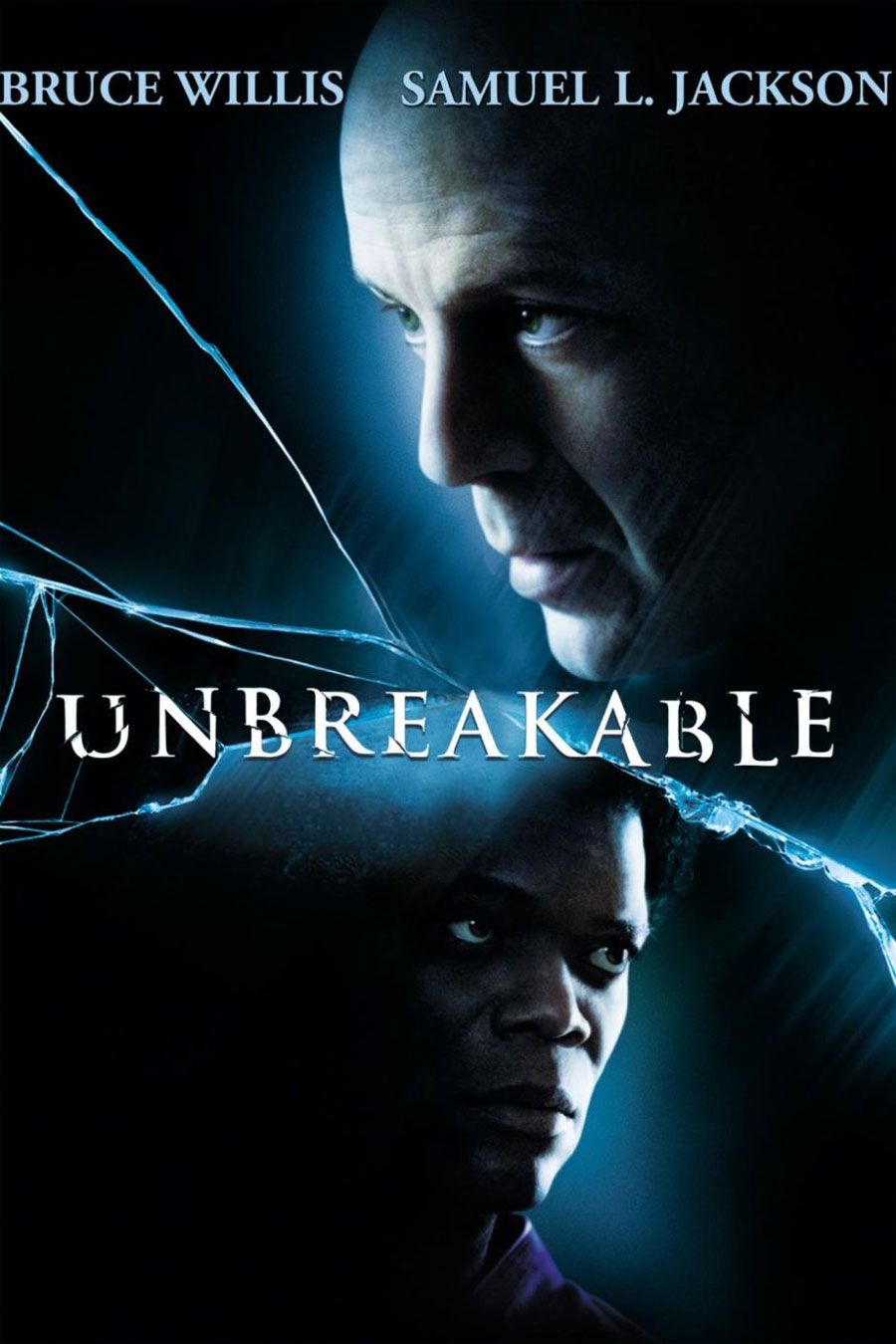 With the recent M. Night Shyamalan film ho-humming through theaters, I decided to return to what I think was his best film to date, Unbreakable. Starring Bruce Willis and Samuel L Jackson, Unbreakable really was the “sophomore” slump after the Sixth Sense. In terms of box office receipts, I guess you could say that grossing only $95 million was a disappointment in the eyes of sum. What I see was his best work and most satisfying story. I think out of all M. Night’s films, Unbreakable is the film that can be watched over and over again.

The Sixth Sense was a twist ending film, that really kind of ruined repeat viewings. Sure, you want to go back and see it again after the big reveal at the end, but really how many times after that did you go back? Me, not once.

Signs was another story that was interesting yet, it kinda loses that creepiness after they show the aliens. What I loved about that film is the narrowness of the story and how it just focused on this one family and how this big event was seen through there eyes only.

The Village was another return to the twist endings and after that it takes the fun out of repeat viewings. I think The Village was actually weaker than Lady in the Water. A decent cast but the premise was out to make us all think there really was stuff going on in this woods when really it wasn’t REALLY about that. It’s about a bunch of hippies who wanted to be Amish essentially and hide in there reservation camp they owned because the world got them down…MAN…

Lady in the Water was widely panned and I think people were expecting miracles with this movie. I think M. Night was on a downward turn with his films but this film was not.that.bad. If people just went into theaters with the notion that this really was just a bedtime story brought to the big screen and enjoy it for what it was, they wouldn’t be disappointed. I thought Paul Giamatti was great and I found it entertaining.

Now to Unbreakable. I decided to break this one out of the collection and give it a go on a stormy Sunday. I’ll spare you the typical review nonsense and assume most of you saw the film. It’s essential good vs evil in a real life comic book movie. I don’t think people really knew it would be like that. Watching it again, he’s pretty much telling us that’s what it is in the beginning with statistics regarding comic books. Willis and Jackson carry this film and while it’s at a slow pace, you can’t help but keep watching and watching.

I thought M. Night did a fabulous job with relating “real life” characters with comic book characters that Jackson’s character keeps equating them to. Bruce Willis’ character is just out for answers after being the sole survivor of a horrific train wreck and it’s starting to make him think if he is more than just a lucky survivor. I love how Willis comes along and starts believing Jackson as he tells him about the qualities of a so called Super Hero. Willis is listening with one ear because, C’mon the guy’s a security guard listening to a man in pimp suit with a busted ass hair do telling him about being a superhero. It never really sinks in until Willis is discovering many things about his past and developing his new found skills. One of my favorite scenes is when Willis’ character goes into the train station and just stands there to absorb everyone and finds out about this creep who’s holding kids captive. I love how he just progresses through the whole film and really starts to accept his fate. Samuel L Jackson’s character is surprisingly pretty likable, yet you feel sorry for him. He’s Mr Glass. He falls and he breaks something and man its sad, and you feel for him, but not the extent he’s going to find his opposite like Bruce Willis’ David Dunn.

Everything to the Setting of Philly, to the lovely, quiet work of James Newton Howard’s score, to the overall cast. Unbreakable really was the stand out so far in a controversial director’s career.