The Interrupters have premiered a music video for song “By My Side,” a track off their new album Say It Out Loud out on June 24th. The video was directed by Tim Armstrong and features appearances by Rancid, Left Alone, and other Hellcat artists.

Say It Out Loud is undeniably fun and urgent in message. And backing the Los Angeles ska-punk band’s modernized 2-Tone-tinged, guitar-fueled, melody-heavy sound are lyrics that confront everything from social control and self-empowerment to domestic violence and the media circus surrounding the next presidential election.

Since the release of their 2014 self-titled debut, The Interrupters have split their time between touring with the likes of The English Beat and Bad Religion and cranking out new material that shows off their irrepressible sensibility. So when the time came to record their sophomore album Say It Out Loud, the four-piece hit the studio with Rancid’s Tim Armstrong and fired off 14 new songs that both capture their frenetic energy and reveal a whole new level of boldness in their songwriting. Produced by Armstrong and recorded partly at his studio (as well as at Travis Barker’s Opra Studios), Say It Out Loud are a batch of feel-good songs proving The Interrupters’ unstoppably upbeat spirit. The Interrupters have forged a formidable bond that deeply informs their music.

Pre-orders for Say It Out Loud are available at wearetheinterrputers.com. The Interrupters will headline a SOLD OUT headline show at The Roxy in Hollywood, CA on June 18 and are on the Vans Warped Tour all summer long, staring in Dallas, TX on June 24 through August 13 in Portland, Oregon. 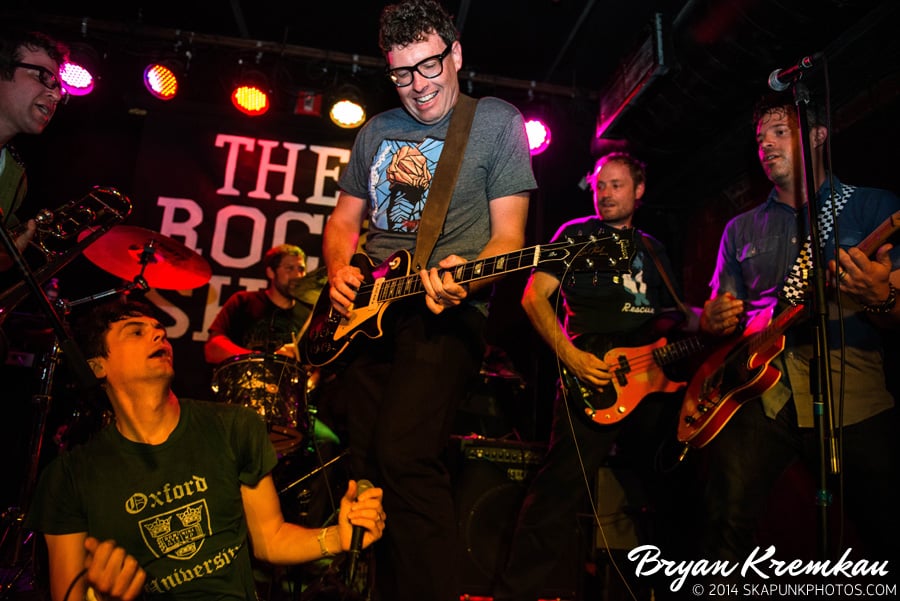