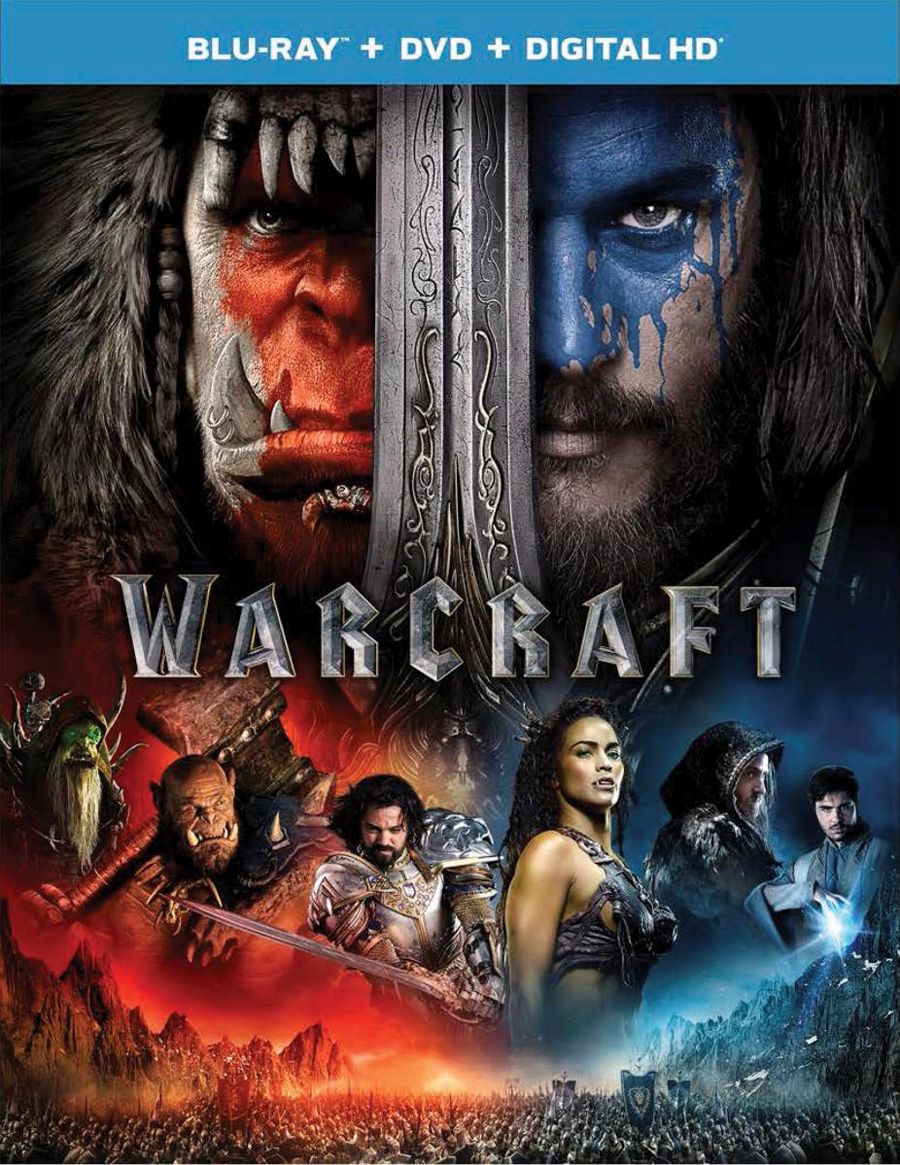 The peaceful realm of Azeroth stands on the brink of a full scale orc invasion from another realm. Only the humans and their diminished allies can stand up to the full blown forces of the orc horde.

Even though I hold many nerd cards in my hand, I’ve never had any interest to play any of the Blizzard games so going into this movie I had absolutely no knowledge of anything Warcraft except random bits and pieces that I’ve picked up on over the years through friends that play the games. I was able to go into this movie with a blank slate and discover the world of Azeroth for the first time through this film. How accurate are things are to the video game lore? I have no idea whatsoever. I went into watching “Warcraft” as a newcomer with hopes of being immersed in what looked to be a wondrous fantasy action/adventure movie but also as someone who knows the failed history of video game movies. But where does “Warcraft” stand after the first viewing?

The main thing that I thought after I watched “Warcraft” was that it was a fun, action-packed adventure with a high fantasy setting. There were a lot of live action shots mixed with a heavy dose of CGI. While there were some scenes where the characters looked out of place, for the most part the CGI mixed well with the live action scenes and there were also some times where the CGI was amazing and lifelike. I’m pointing at you griffin!

I would compare the overall feel of the movie as a light blend of “Chronicles of Narnia”, “Lord of the Rings” and “Braveheart”. Some of the characters, take Khadgar or Llane Wrynn for example, felt underdeveloped. It was as if the audience was supposed to know that particular characters’ backstory already. The plot was done in a similar light as it jumped into the midst of the orc invasion as they were preparing to send their strongest warriors through a gate to invade Azeroth. Once again, I would assume that those privy to the Warcraft lore knew the details leading up to that event but those new to the lore are left to assume the chain of events leading up to that moment in time and need to jump into the story and just go with it.

With story introduction gripes aside, “Warcraft” did a nice job of pacing the impeding war between races and giving most characters their time to shine. There were some interesting plot twists as well as some fairly obvious foreshadowing for later events. As I mentioned earlier on, video game movies just haven’t fared well in theaters, whether it’s due to the bastardization of the concept or story or due to the $50 GCI budget and I was somewhat expecting there to be some glaring faults with the animation in “Warcraft” but that was not the case. I was impressed with the motion capture effects as well as the stylized yet believable look to the characters and locations. While I may not be that familiar with the Warcraft games, I am familiar with the art style of the game and the overall looks of the races available in it. I’ve always loved the over-exaggerated, Incredible Hulk-look of the orcs from the Warhammer universe and their similarities to the Warcraft orcs. You get a more realistic look to the orcs in the movie but you can definitely see the influences from the game. That is also true with the Azeroth soldiers and civilians. There is a distinct look to their armor and casual wear and the costume crew did an amazing job bringing those looks to life. One of the extra features focused on the immense effort that was put into making the hundreds of costumes that were used in the movie and that those costumes weren’t just thrown together from scraps from a thrift store…those things are works of art.

While “Warcraft” won’t convince me to go out and play the game…mainly because I don’t like people that much, it did manage to pull me into the mythos of Warcraft and I thoroughly enjoyed the adventure through Azeroth. Putting aside some issues with prior knowledge needed, the story wasn’t too complicated or bogged down with unnecessary side-quests and it managed to do a nice job of setting up the world, introducing some fantastic races and also providing you with a fantasy realm in which you want to and hopefully will come back to. Even if, like myself, you’re not a fan of the Warcraft games, “Warcraft” the movie if worth watching if you are a fan of high fantasy, ever rolled d20s with your friends or are simply looking for something of a different sort out there now. And it’s got orcs. Orcs with big hammers. Nuff said.

Bottom Line: While “Warcraft” isn’t the successor to the Lord of the Rings or Hobbit movies yet, it has a great start with a fun and enjoyable film that doesn’t hide the fact that it’s based off of a fantasy video game. I loved the distinct style of the races and the CGI was much better than expected. Just because it’s based off a video game doesn’t mean that it won’t be worth your time.
Running Time: 2 Hours and 3 Mins
Rating: PG-13
Extras Rating:
Overall Rating: