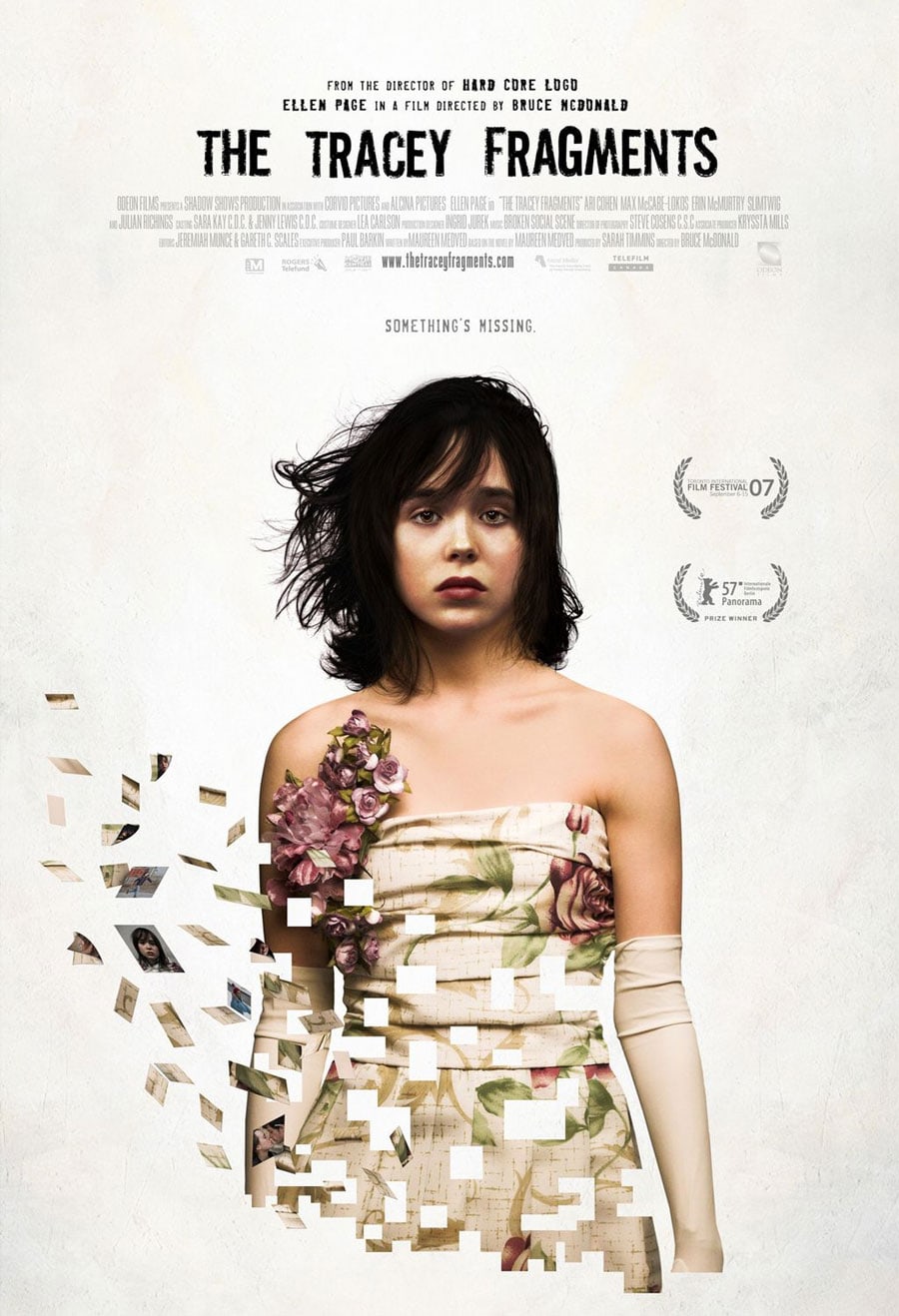 Of all the films at the Toronto Film Fest this year, I think I wanted to see this one the most. Director Bruce McDonald is responsible for some of my all-time favourite Canadian films (Hard Core Logo, Highway 61) and television show (Twitch City). His last few years have found him working mostly in television and the travesty that is Picture Claire (a 2001 film with a huge budget, producer issues, and ultimately no financial return). Needless to say, he has more than just returned to form with The Tracey Fragments.


With rising star Ellen Page as the titular character, McDonald’s latest work is both aesthetically and cinematically exciting and an overall wonderful film. At the core, it is the story of a 15-year-old outcast who loses her younger brother Sonny, who thinks he’s a dog. She doesn’t get along with her family, has some kind of relationship (if only in her head) with the school’s bad boy, and rides the bus wearing a shower curtain. However, this isn’t a film about plot. What makes the Tracey Fragments so important and mesmerizing is its editing style; at almost every point in the film, there are three or more different frames showing different things. Shot on digital video, most scenes were shot with multiple cameras, and using different takes and alternate interpretations, the viewer is subjected to what might be going on in Tracey’s mind, or as McDonald himself put it, the visual equivalent of dropping acid.

The film feels like has been through a paper shredder multiple times, with little pieces falling just about everywhere. This style is definitely not for everyone; often the frantic nature and non-linear storytelling borders on avant-garde, but McDonald, as well as the immensely talented editors, manage to keep the tone and drive of the film intact throughout. They are only heightened by the score by Toronto band Broken Social Scene, whose dreamlike music pieces perfectly fit the exploration into Tracey’s psyche.

What I love most about the film is its ability to utilize the nature of the film screen to the fullest potential. It may be the best cinematic equivalent of the imagination; it is impossible to tell whether anything shown in the film is real at all – it could be all in her head. For example, Tracey goes to a female psychiatrist, played by Canadian film stalwart Julian Richings (a man), and the utter bizarreness of his appearance, as well as the confusing conversations in the bare white room, make the viewer question whether or not this is all extensions of Tracey’s imagination.

Shot in 14 days, and then edited for seven months, The Tracey Fragments takes the medium of film to new extremes through its innovative use and near dependency on its aesthetic, based partly on other films using split screens and multiple frames, but just as much on comic books and graphic novels. Furthermore, McDonald has offered up the rushes and unedited film along with soundtrack music available to download so as to allow budding film students and editors to make their own cuts of the film, providing a new interpretation of the footage.

This may not be the direction all cinema is moving towards, but as far as moving one step forward, McDonald has once again created a piece of Canadian cinema that our nation can be proud about.

Bottom Line: Mesmerizing and wonderfully made. This is cinematic imagination at its best.
Rating: NR
Running Time: 80 minutes
Overall Rating: