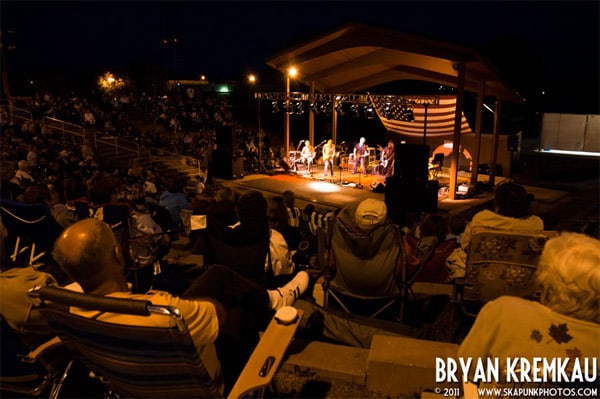 1. You bitch about how crowded the concert is
2. You think the music is too loud
3. You complain about the ticket price…
4. …Then you ask if you can use your senior discount card.
5. You can’t stand up for more than 30 minutes to watch a band
6. You don’t dance because it might throw out your back
7. You prefer to sit at the exit door so you’re the first one to leave
8. You only show up to see the headliner band…
9. …And then leave 20 minutes because you have to work the next morning
10. You go to hit on a girl and it ends up being your 14 year old daughter’s friend
11. Everyone starts calling you a Narc at the show
12. You won’t go to a concert if it’s on a week night.
13. You’re older than all the bands performing
14. When you bring your kid to your favorite band’s concert, and they tell you your music is lame
15. You complain there is no wheelchair ramp into the venue
16. Crowd surfing is now replaced with you being carried out into an ambulance for getting hurt by trying to crowd surf
17. You start to hang with other parents who brought their child as well
18. You won’t go to the concert if it’s over a half hour drive.
19. Instead of wearing ear plugs, you have a hearing aid now.
20. You stop kids from doing drugs and then rat them out to the club employees
21. You go to shows just merely to take photos of bands *cough*me*cough*
22. You find yourself outside driving around the parking lot of the venue the entire night, waiting to pick your kids up
23. You’ll only go to Michael McDonald and Kenny G concerts
24. You’d rather watch the concert on DVD
25. You’re more concerned with an important baseball game than the actual concert…
26. …And hope there’s a TV that broadcasts the game
27. You wear t-shirts of a band that was relevant 50 years ago
28. A nap is needed for you to attend a concert
29. At a seated concert, you yell at the person in front of you for dancing in their seats…
30. And you refuse to stand up and join the crowd
31. You’re the only person in the venue to get references from the band about the Reagan administration
32. You spend the whole show checking your watch, for two reasons: You have to take your pills on time, You don’t want to miss “Matlock”
33. Instead of throwing your panties on the stage, you throw your depends.
34. You have a shirt that says “Will give free gummers’ to get backstage”
35. You ask for an autograph on your boob and the band member mistakenly signs your knees instead.
36. People constantly refer you to “grandpa” & “old dude” in the crowd
37. You still think tie die is cool
38. You think wearing Harley Davidson clothing will make you look hip & fit in
39. You refer to the band as those young whipper snappers
40. You get mad when someone stands too close to you
41. You only like concerts with conductors in them.
42. You get upset when the band says foul language…
43. And then you complain to the FCC the next day….
44. And join a religious group.
45. You think the parental advisory sticker is a good idea
46. When you overhear a conversation going on, you jump in and start everything with “well back in my day…”
47. Everyone gives you stuff to hold while they have a good time in the crowd
48. You actually attended an Elvis Presley concert
49. You ask the merch guy if they have any vinyl or 8 track.
50. You still wear leather pants or at least you think you can
51. You need bifocals to see the stage
52. You’d rather watch the sound guy do his job than watch the band
53. You like to stand by the bar, not because you can get a drink easily, but because it’s something to lean on
54. You can’t be in a mosh pit for longer than 30 seconds
55. You stopped reading this after the 5th one because you know I’m right. 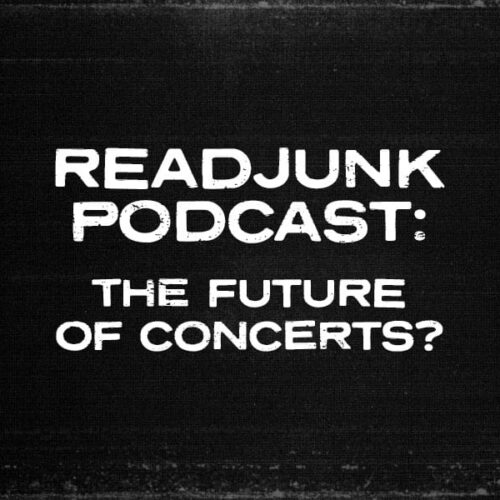 ReadJunk Podcast – The Future Of Concerts?