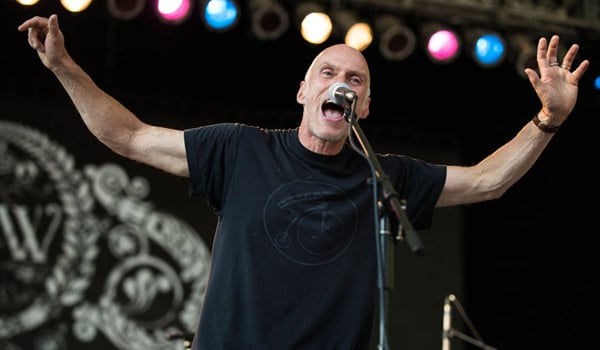 This is a bit of a bummer to hear in the morning. Canadian musician and actor John Mann of Spirit Of The West announced via his own website and Spirit of the West’s site that he has been diagnosed with Early Onset Alzheimer’s Disease. Not sure what the future will hold for the band and John’s solo career but I guess it’s take one day at a time approach? Either way, stay strong John and good luck from a long-time fan of Spirit of the West!

I would like to let you know that I have been diagnosed with Early Onset Alzheimer’s Disease. I know this will come as a shock to many of you. It wasn’t for me. I’ve had my fears and suspicions, but I was remaining hopeful that there was some other cause for the problems I was experiencing.

Hearing the news has been a difficult blow. My family and I have taken some time to try and absorb the ramifications as we struggle to come to terms with the changes that have occurred and are yet to come.

But I don’t want to spend any more energy trying to hide my symptoms. I don’t want to feel embarrassed. I want to accept what has happened and live. I will continue to make music and I will continue to do shows.I need to use an iPad now to help with the lyrics and for my solo shows, either Al Rodger or Tobin Frank will accompany and support me with their diverse and abundance of talents. My Spirit of the West band mates have circled me with care and we will forge ahead as we’ve been doing the last 30 sum odd years with humour and friendship, playing our hearts out. I will continue to write and tour, because this is what I do and what I love.

Thanks for being there,

The band commented on their site:

You just never know what fate will deal you.

Spirit of the West, now 31 years young, has been faced a quiet but profound challenge. It has taken us some time to reach the acceptance necessary to be able to speak of it publicly.

Founding member, lead singer and groundbreaking front man, John Mann, has been silently dealing with his diagnosis of Early Onset Alzheimer’s Disease. John, his family, and all of us had concerns but were hopeful that there was some other cause for his problems.

Although we may never know what triggered John’s condition, it seems safe to conclude that his battle with cancer in 2010 was a contributor.

Throughout these difficulties, John has remained positive and proactive…..