Shout Factory is re-releasing BOTH G.I. Joe and Transformers this summer! Transformers will be out in June, and G.I. Joe Season 1.1 DVD will be released July 21st. This is a smart move since both franchises have movies coming out in theaters this summer as well. G.I. Joe was previously released on DVD but I guess it’s time for a reboot already? I’m all for that, considering I didn’t watch these DVDs when they were originally released. Can I get a YO JOE!


Here’s what the press release says about the release:

Santa Monica, Calif. – YO JOE! Since 1982, DUKE, SNAKE EYES, SCARLETT and the rest of the G.I. JOE team have battled against the evil forces of COBRA to stop their bid for world domination with the creation of The M.A.S.S. DEVICE. Since then, the G.I. JOE team has faced COBRA COMMANDER, DESTRO, STORM SHADOW and the rest of the COBRA organization in head-to-head action to protect the free world from their rule. More than 25 years later, G.I. JOE has built a strong fan base of loyal followers in children and adults alike, launching countless collectible toys, comic books, animated series and an upcoming feature film.

Synopsis
G.I. JOE is an elite group of special operatives, fighting for freedom wherever there’s trouble. In this animated series based on characters from Hasbro’s popular line of 3 ¾” action figures, the G.I. JOE team will stop at nothing to defeat COBRA – an enemy with the singular goal of world domination! 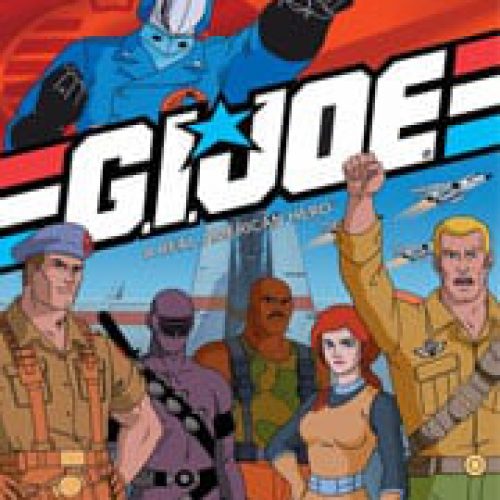