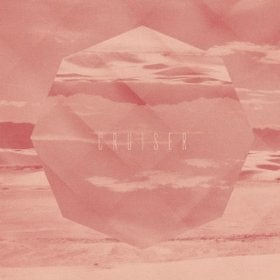 Cruiser is a solo project by Philly musician Andy States and it’s another unsigned artist that has gotten my attention. Cruiser’s EP has great vocals, catchy lyrics and cool sounding guitar riffs.

The first song “The Fritz” immediately gets my attention for it’s guitar melodies and echoey vocals. Sometimes that effect works and sometimes it doesn’t; but this time it does. I can totally picture this song on the radio or the very least, in some clothing stores. This is feel good music, which isn’t a bad thing. I’ll certainly play this when I’m driving home from work in traffic. It won’t make me want to murder someone haha.

The next two tracks “Don’t Go Alone,” and “To California” are just as good as “The Fritz” and prove these guys just don’t have one good song. Even the slower song “Souvenir” doesn’t suck! This entire EP is an album you should put on when you’re missing the beach.

When listening to this, I can’t help but think of a few bands like Rogue Wave, Vagrant’s California Wives, British rock band The Rifles and The Helio Sequence. If you’re heard those bands before, you know what type of sound I’m trying to describe. Unfortunately, this album is only an EP which the band has done their job because now I want to hear more!