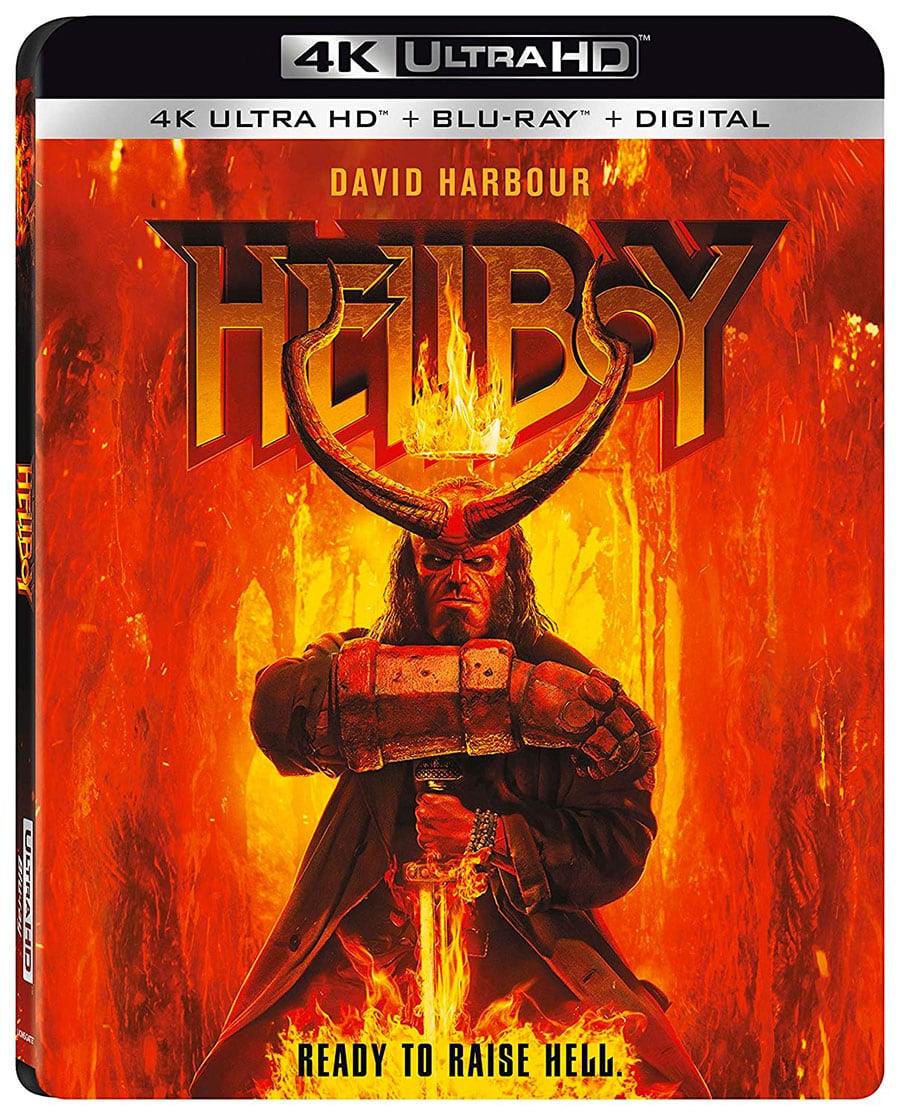 The latest attempt to bring Hellboy to the big screen stars the likeable David Harbour. Even with his talents, this movie isn’t very good and loaded with problems.

The movie is about the powerful paranormal investigator Hellboy (David Harbour), who works for BPRD (Bureau For Paranormal Research and Defense) and his adoptive father Trevor Bruttenholm (Ian McShane). The evil Blood Queen (Milla Jovovich) returns since the Dark Ages and vows for revenge. Hellboy gets some help with battling the evil queen and her minions from a medium Alice (Sasha Lane) and a military member of BPRD, Ben Daimio (Daniel Dae Kim). That’s pretty much all you really need to know about this.

I heard bad things about this reboot but I was willing to give it a shot and keep an open mind. I could tell within the first 3 minutes, with the awful narration from McShane, that Hellboy was going to be terrible. The style of the movie and the writing is my biggest complaint. The acting wasn’t great either, with Harbour being the best out of everyone. Although, it was hard to understand him at times and think the prosthetics made it hard for him to act. Ian McShane seemed like he was in it for a paycheck and phoned it in and Milla Jovovich has never been that great either.

I get that the comic has a bit of horror element to it, and they added that back in but the CGI of the monsters looked really bad at times. At least with Guillermo’s versions, he used practical effects a lot. It just seemed like there was blood or cursing just for the sake of it. Oh, we got an R rating, might as well say fuck every other line. The story wasn’t good, and I was confused from the beginning. Was this a reboot from the others, was this an origin story but then his Dad was still alive in the beginning of this so I guess this was a reboot. They just throw you in and expect to figure things out along the way.

I had no feelings for the characters and didn’t care if they died or not. Did I mention the special effects were shit? The giants scene in particular was noticeably bad. I felt like I was watching a movie around the original Hellboy movie where people didn’t know how to utilize CGI properly. Hellboy also felt like a bad SyFy movie too. There were a few funny lines in the movie but this wasn’t really entertaining to me. The soundtrack was loud & obnoxious, and the score from Benjamin Wallfisch wasn’t that good either. I wouldn’t mind another reboot of Hellboy and even with David Harbour, but feel like we need this in someone else’s hands that knows the work and can make it be fun again.

Hellboy just isn’t a good movie, at all. I love David Harbour but I’m sure if you ask him off the record, he’d say this was a bad movie. It feels like a movie that was made in the late 90s. Bloated, bad CGI, obnoxious score & soundtrack, ultra violent, vulgar and bloody just for the hell of it. Safe to say any movie with Milla Jovovich (The Fifth Element is an exception) in it, it’s gonna be a turd sandwich. So I guess it depends if you’re a hardcore Hellboy fan or not. This seemed to follow the comics more closely, but the execution of it was crappy. I was hoping to like this movie, but I wanted to turn it off a few minutes in.