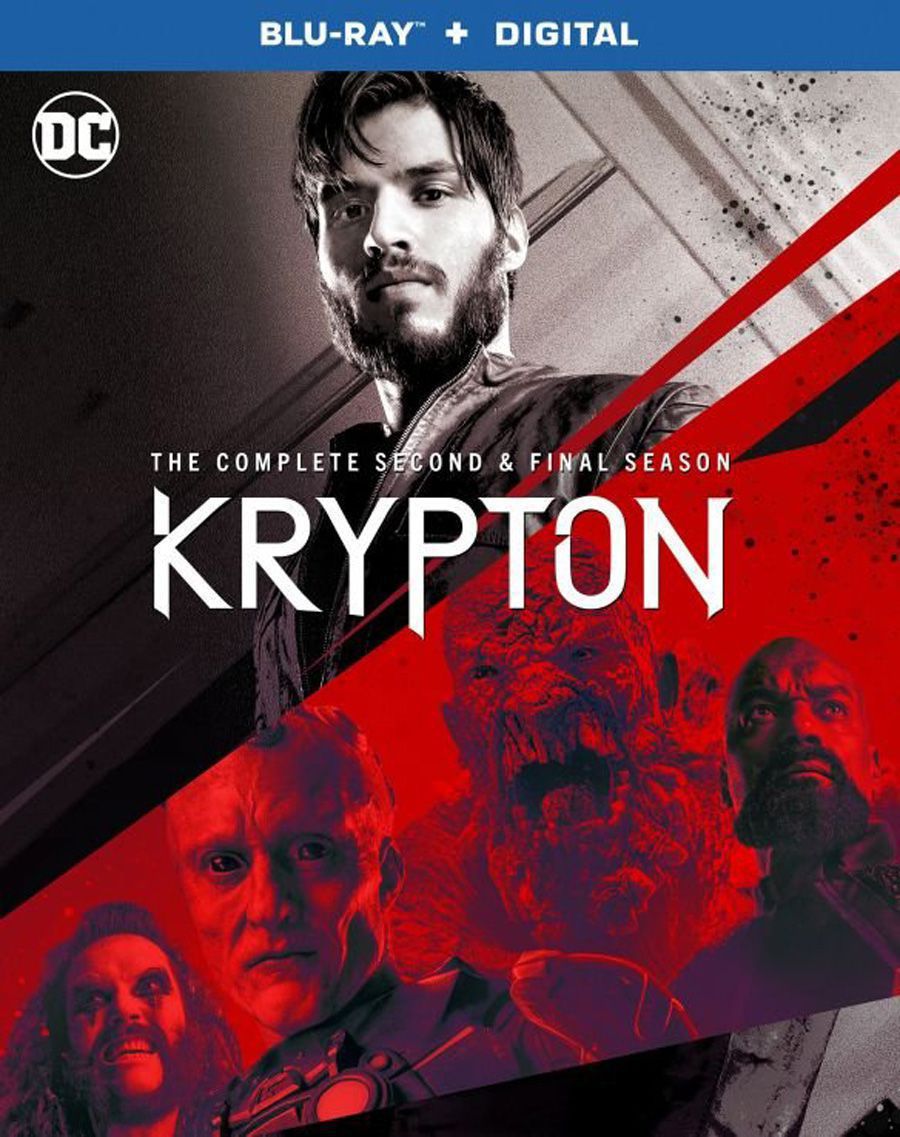 After General Zod takes over rule of Krypton and with the defeat of Brainiac and the disappearance of his father Seg-El into the Phantom Zone, the planet is divided. A group of disjointed rebels fight to make things right and overthrow Zod’s dictatorship while things among Zod’s ruling government are about to boil over.

I didn’t get the chance to review the first season of “KRYPTON” but the basis of the story is that the show takes place two generations before the birth of Kal-El AKA Superman and focuses on the turmoil of a divided planet that is trying to tear itself apart long before the planetary explosion that is destined to happen. A time-traveling Adam Strange arrives on Krypton and manages to befriend Kal-El’s grandfather Seg-El, who is only a young man himself, in hopes of preventing the disappearance of the universe’s mightiest hero. There are a few love triangles, the introduction of the main antagonist in Brainiac and a class war in the hometown city of Seg-El’s.

The first season had a heavy political arc and also focused a lot on the class war among the people as well as the family houses of Krypton. The second season had similar elements of the first but went with much more action as well as a heavy comic book influence. We were introduced to the first ever live-action version of Lobo as he was in search of the creature named Brainiac who stole his home planet, Doomsday played a prominent role in the events of season two and we got to see a unique take on his origin at the hands of the houses of Zod and El.

After being tricked into entering the Phantom Zone by Zod, Seg-El manages to escape rather quickly after being tricked again, this time by Brainiac. They land on Brainiac’s home planet only to have Seg apparently kill Brainiac once and for all. Adam Strange locates Seg and the two work to get off of the abandoned planet. Unfortunately for them, they’ve already been discovered by none other than the main man himself…the bounty hunter Lobo.

Back on Krypton, the rebel insurgents led by Val-El work to bring the old ways back to Zod’s dystopian view of the planet. Pushing for a fleet of space vessels in order to dominate opposing races in space, Zod manipulates those around him including his mother Lyta-Zod into following and obeying his every order. Season 2 bounces around with these two concepts for most of the season as the story eventually comes together with Seg and Adam arriving back on Krypton and with Seg finding and losing Lyta most of the time.

One of the major gripes overall with “KRYPTON” was that it is a Superman story without Superman in it but personally, I enjoyed the glimpse into the Man of Steel’s home world without the overuse of Kal-El himself or of the lore that comic fans have heard tenfold. This show was a chance to explore new territory within Superman’s history and develop some characters both new and old in a new way with a new set of glasses. Superman doesn’t have the same villain’s gallery outside of Earth that characters like Batman does to pull from but again, the show isn’t about Superman. It was interesting to see the show’s take on Doomsday’s origin, the introduction of a different kind of General Zod now with family ties, Brainiac getting the overdue live-action treatment and, one of the oddest characters to be introduced on the show in Lobo. Lobo was to receive his own live-action show with the actor reprising the role but unfortunately the cancellation of “KRYPTON” but an end to that short-lived notion. It sure would have been interesting and entertaining on a whole new level.

I feel that season 2 of “KRYPTON” had a better flow than the first season and although it had its quirky moments as well as some repetitive plot points, it embraced the science fiction nature of the show more so than it did with political drama of the first season. For the most part, the main characters had finally drawn their line in the sand and chosen sides. Without the back and forth and politics, season 2 was free to pit Zod against Seg-El and the Kryptonian freedom fighters with plenty of action and drama.

Viewers were definitely left wondering what could have been next with plenty of cliffhangers left floating around by the end of the season such as Brainiac setting his sights on Earth, Nyssa-Vex arriving on Thanagar and Seg agreeing to help Lobo search for Brainiac. Unfortunately, we’ll never see the cosmic direction that the show was possibly heading for. I believe that season 3 of “KRYPTON” would have felt more like a Superman show than the entire run of “Smallville” did. I guess we’re left with pretending that Krypton suddenly went boom as the credits roll.

Bottom Line: “KRYPTON: The Second & Final Season” had more action, intrigue and sci-fi goodness than the first season and was setting up big things for the surviving characters who’s personalities were finally reaching their potential. As with a lot of shows nowadays, lack of patience and funding nip things in the bud before they have a chance to bloom. The show wasn’t terrible by any means and should have had a longer lifespan than a handful of other superhero shows who have outlived their purpose.

Features:
• Villains: Modes of Persuasion
• The Fate of Superman Featurette