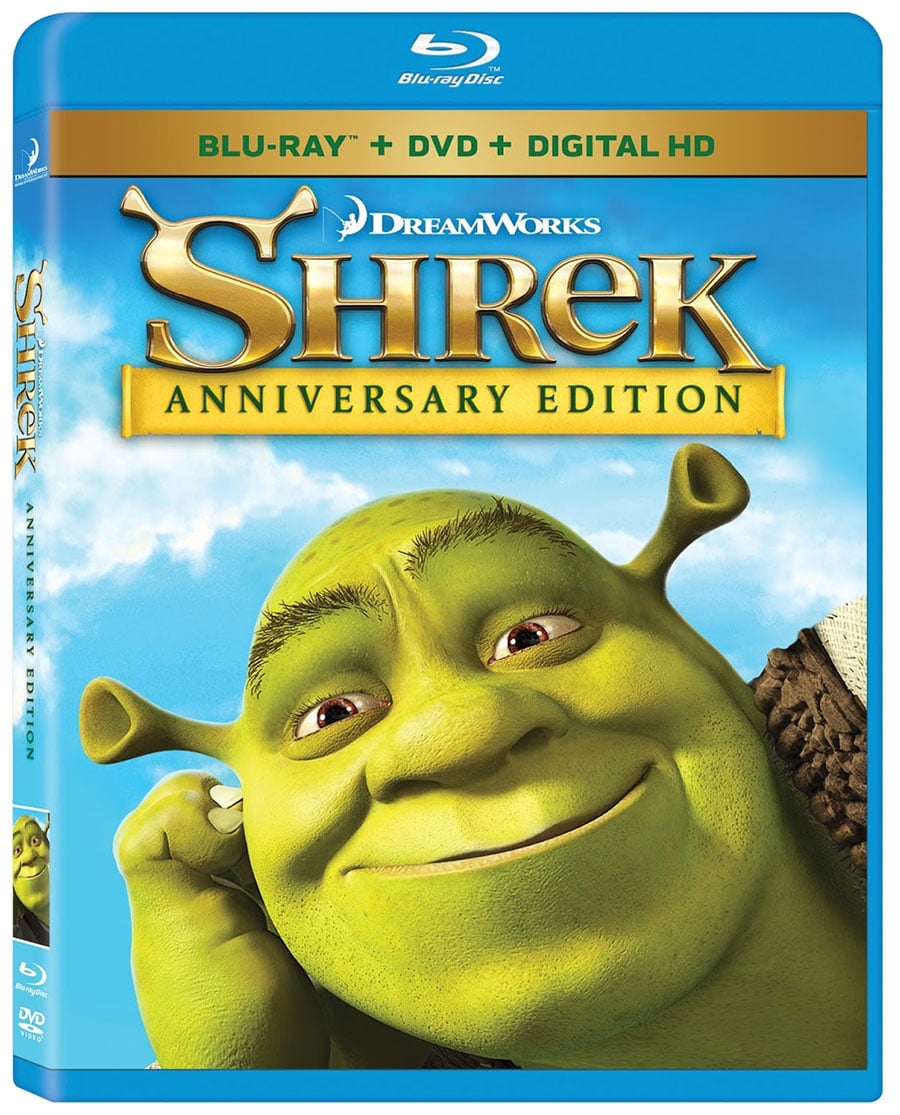 Shrek is 15 years old already so 20th Century Fox and Dreamworks are offering up a newly packaged 4-movie collection of the Shrek movies with digital HD. Since I didn’t get the 4 movie boxset and just the first movie, I’m just going to review that.

By now, you already know the story of Shrek but I’ll just give you a super quick refresher. Ogre Shrek (Mike Myers) enjoys being by himself, in his swamp. One day all these fairy tale characters invade his swamp because they were kicked out by Lord Farquaad (John Lithgow). Farquaad wants to be king, so he needs to find a princess to marry. While Shrek and his annoying talking Donkey (Eddie Murphy) companion try to confront Farquaad, they find themselves in a tournament. The winner gets to rescue Princess Fiona (Cameron Diaz), who’s in a castle guarded by a dragon and lava.

It’s been awhile since watching Shrek, but it still holds up very well. It’s still an entertaining movie that’s great for children and adults. The entire franchise has been wonderful, despite the last two movies not being as good as the first two. Still, they were ten times better than most animated, non-Pixar movies out there. Many of the jokes will fly over kids’ heads but the parents will get them. The animated still looks good as well. I’ve seen Shrek so many times, I can quote practically the entire movie. Besides being a fun, hilarious action-adventure movie & series, there’s also the sweet side to it as well. There’s talk of a 5th movie being made and I hope that it comes to fruition.

This 15th Anniversary edition contains a lot of stuff you had on other Blu-Ray editions. There’s some kid friendly features like karaoke dance parties, interactive journeys and things like that. There’s quite featurettes on Shrek and Donkey. Since this was a new Blu-Ray, I wish there were new featurettes with the cast. Maybe the 20th anniversary will have all that stuff? Not sure if this is the first time it’s being offered, but there’s also digital HD/Ultraviolet code available on here as well.

There’s really no need to get this unless you don’t own Shrek on Blu-Ray yet.