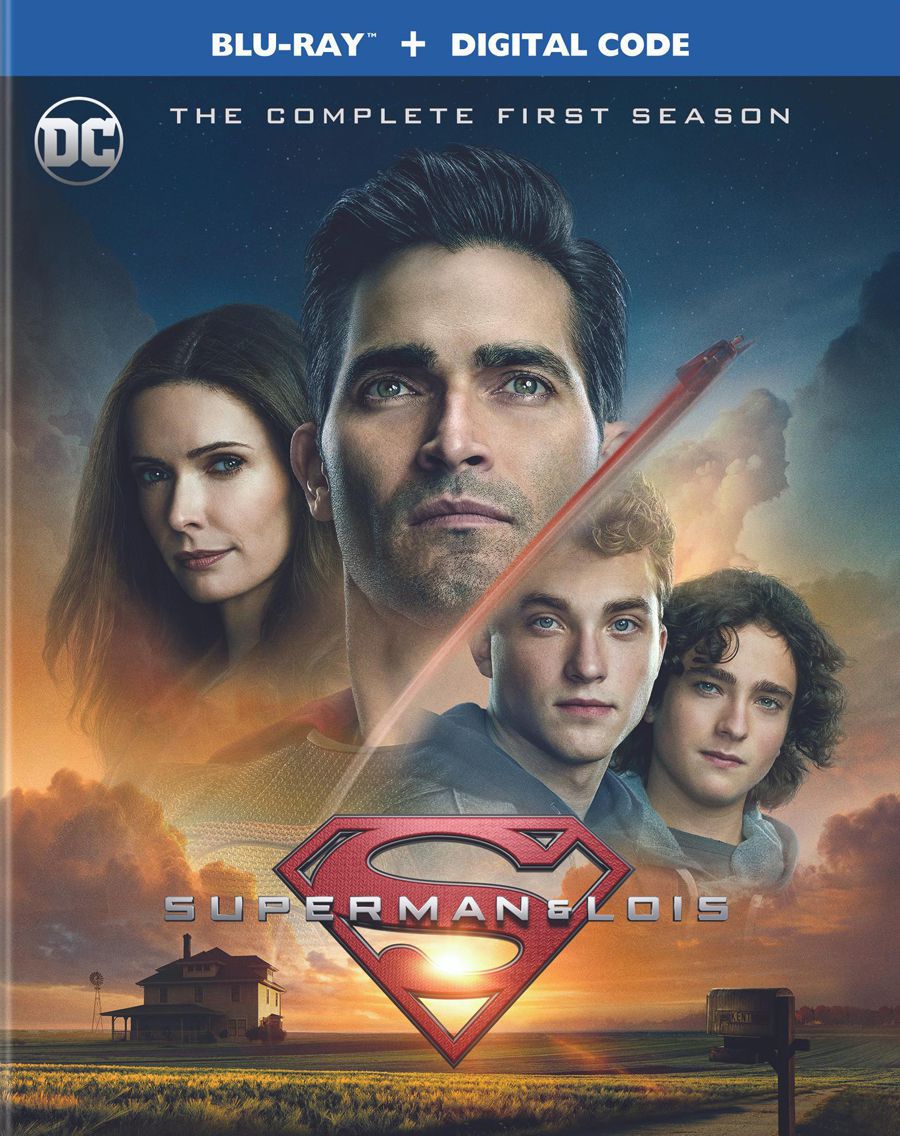 After debuting together as an already established couple on Supergirl a few seasons ago, Superman & Lois Lane finally get their much anticipated series and it takes the characters into uncharted waters.

Tyler Hoechlin was cast as Superman with little fanfare and quite a bit of anger and uncertainty for the character. Some thought that he didn’t quite have the look or the overly musclebound physique that many Marvel movie characters have but the very first time he hit the small screen, swooped in and saved the day and smiled he won everyone over. Elizabeth Tulloch as Lois Lane was perfect casting from the start as is the rest of the casting for “Superman & Lois”.

While “Superman & Lois” is a part of the “Arrowverse” shows on CW, it feels more like a PG-13 version of an HBO Max show. The writing and overall production value is worlds above and beyond the soap opera superheroics of the other DC CW shows. It’s a positive sign for the future of DC television when going up against Marvel’s movie quality streaming shows.

What “Superman & Lois” has done that other versions of the Man of Steel have not is take a major chance on skipping ahead of all of the early life drama of Clark in Smallville and his early relationship days with Lois in Metropolis. Instead, the writers picked a side on the old comic book nerd argument about whether Lois and Superman could do the deed and have naturally born children. From this we get Jordan and Jonathan Kent…two teenage twin sons of Lois Lane and Clark Kent.

Clark and Lois are established parents and a hard-working couple at the Daily Planet until the main villain of the show, an evil rich businessman, buys the company and forces Clark and Lois out of work. To add more bad news to the mix, Clark finds out that his adoptive mother Martha Kent has passed away leaving him and Lois the farm in which he grew up with. They have the choice to sell it back to the bank in Smallville or take up the refinanced mortgage payments. Soon enough they find out that said bank is also owned by Morgan Edge and feel that something is very suspicious about him buying up land in Smallville. The super-couple decide to relocated back to Smallville with their teenage sons in tow.

I thought that it was refreshing to see such a risk taken with such an established DC character and have the opportunity to create some new lore that was still true to the character. While Superman’s byline of “truth, justice and the American way” has been changed recently, “Superman & Lois” is the most true-to-spirit live-action adaptation since the first couple of Christopher Reeves movies. To be honest, I wasn’t quite sold on the teenage Kent boys right away but they really brought out the human side to the Man of Steel as a loving and caring father, husband and friend. As the show progressed, the kids went from minor annoyances to well-rounded and well-thought out important characters in their own right.

One of the major flaws of the other DC shows was the length of seasons. With 20+ episodes to deal with each season, most of the time viewers were left with throwaway filler episodes and a main villain that overstayed their welcome for nearly two dozen hours. “Superman & Lois” runs 15 episodes long but the pacing and overlapping story arcs build up to an amazing run of final episodes and while there is a major enemy for the season, the writers build upon the small victories and defeats of both the Superman family and the main villain to give the viewers a meaningful ending that they were fully invested in. I also want to throw out that the secondary antagonist turned ally was a pleasant surprise and another bright spot for the future of the show or a possible spin-off.

I can’t say enough about how great Tyler Hoechlin is as Superman and it was awesome to see Superman written how he should be without being campy or hokey. Superman fighting against the impossible to save his friends and his family near seasons end gave me goosebumps. Maybe they can get this writing team matched up with Henry Cavill’s Superman for a big screen version that can hope to be comparable to the “Superman & Lois” version.

If like me you’ve long since given up on CW’s “Arrowverse” shows, you owe it to yourself to check out “Superman & Lois”. It’s cut from a different mold and holds high hopes for upcoming shows like the Green Lantern one that’s in the works. Fans of the Man of Steel are missing out if this show isn’t on their watchlist. The spirit of Superman lives on!

Bottom Line: A Superman show that wasn’t afraid to take great risks on pushing the character forward while never forgetting that Superman is supposed to bring hope and unity while maintaining the biggest heart in the business. The risks pay off with one of the best live-action adaptations of the Man of Steel.