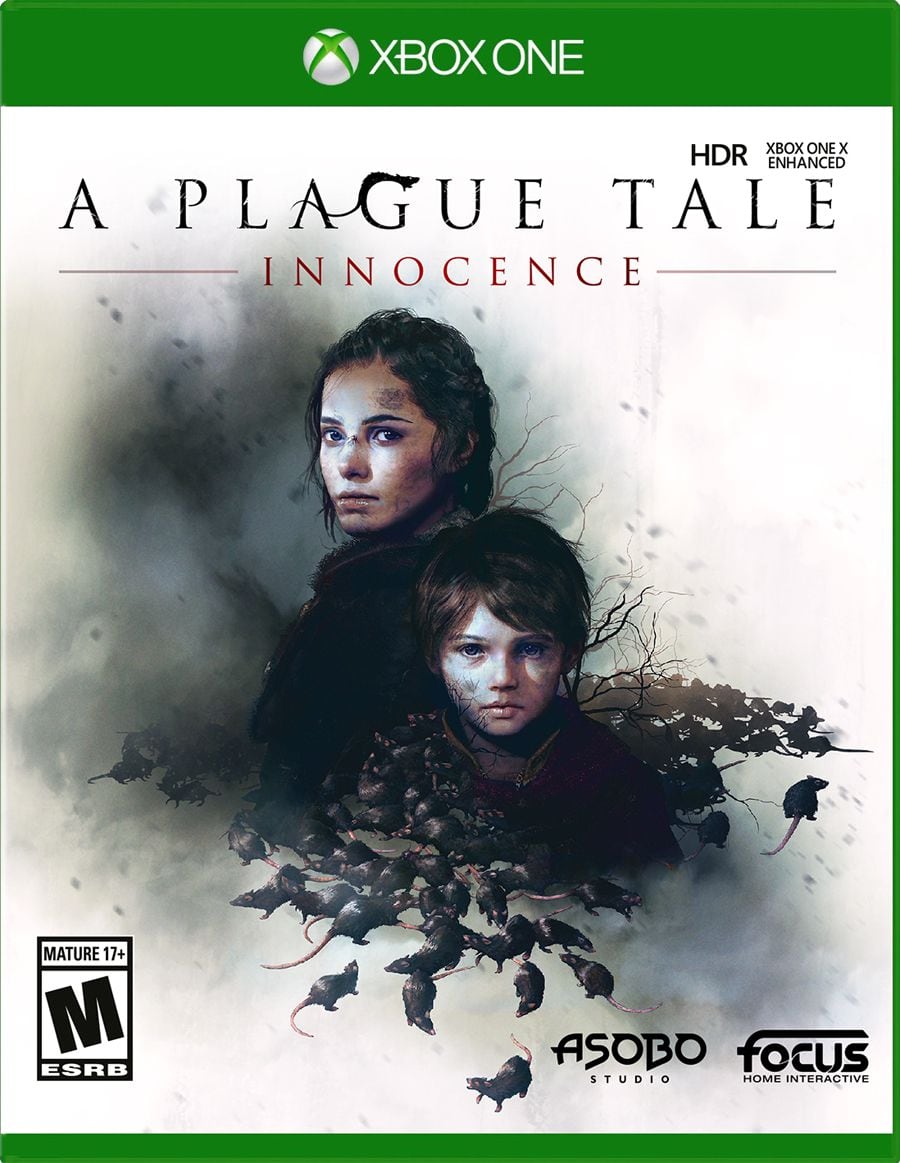 “A Plague Tale: Innocence” takes place in a fictionalized version of France in the Dark Ages where ominous forces and the supernatural come together to weave a tale of desperation and lost innocence.

The story follows a young noble girl named Amicia de Rune and her younger brother Hugo. Having benefited from the wealth or her family and the safety of their keep, Amicia and her father soon encounter an unknown evil deep in the woods. Thinking to escape this unknown force of nature, they rush to their home in hopes of gathering a hunting party to eliminate the threat but little do they know that this supernatural force isn’t the only evil arriving on their doorstep.

A powerful group known only as the Inquisition has been seeking Amicia’s brother Hugo for Hugo has a rare condition that is of an unknown importance to the Inquisition. Attacked from two fronts, Amicia’s family and the keep workers seek to keep the children safe but at a terrible loss. Hand-in-hand with her brother, Amicia sets out into the unknown to seek help and safety for her and her brother.

Stealth is a heavy focus in “A Plague Tale: Innocence”. Armed with a sling and some rocks, Amicia must weave her way in and out of the shadows taking out members of the Inquisition with the little amount of ammo that you start with and find in your travels early on in the game. As you advance you’ll be able to learn alchemy and crafting skills that will provide you with a variety of helpful and interesting ammo as well as upgrades to your sling, inventory, etc. Ingredients and materials are fairly abundant as you progress through the game and being inquisitive and exploring every inch of a level will benefit your character. The inventory and crafting systems are extraordinarily simple to use and I never once had an issue with too many materials or potions.

Early on the gameplay focuses on you trying to escape the Inquisition and this also works well as a tutorial on various skills and sling uses. High grass is nearly impossible to spot you in when crouching and guards have patterns that are easy to follow if paying attention and simple to pick off from the right location. Enemies have a warning indicator above their head that shows their level of awareness in regards to your location. Hiding behind benches, carriages and walls usually keeps you off of their radar and the game also allows you to go full murder assassin if you’d like or you can play it almost totally stealthily and bypass most guards with care.

As I mentioned before, as you progress in-game, you’ll discover new potions and alchemical recipes that will grant you newfound abilities. For instance, you’ll gain the ability to craft an elixir that will instantly light up an area or a toxic gas that will force guards to remove their helmets if hit with it. These potions and elixirs come in handy when the game introduces you to the supernatural swarms of rats that destroy any fleshy creature in sight. With the help of your alchemical items as well as torches, fire pits and unconscious enemies, you must make your way through, around or over relenting hordes of these evil creatures. Using your wits, you can combo items in your inventory with the rat swarms and enemies to find creative ways through the levels of the game.

The gameplay and atmosphere of “A Plague Tale: Innocence” is a combination of games like “Resident Evil” and “Silent Hill” mixed in with some “Assassin’s Creed” and the new “Tomb Raider” games. Using your sling is very reminiscent of hunting with a bow and arrow in “Tomb Raider” while the feeling of doom and gloom and terror adds an element of dark horror reminiscent of the “Resident Evil” and “Silent Hill” franchises. There are a few horrible and shocking moments throughout the game such as having to walk over scores of dead bodies as you cross a battlefield or arriving at a pig farm only to find piles of dead hogs stacked stories high with flies buzzing in abundance. The realistic graphics and Mature rating allows the developer to push the boundaries with one unspeakable horror after another.

While “A Plague Tale: Innocence” introduces some very fun and interesting gameplay features, at times the game feels repetitive. Usually progression bounces back and forth between sneaking through a section for a decent amount of time and then the next section introduces the rat swarms for you to traverse. Early in the game this formula followed the same one/two pattern for quite a few levels. Eventually the developers would mix in some light puzzles and started to find a good balance or mixing the stealth elements with the avoidance of the rats. Meeting up with your various allies also brought more diversity to the game as you would switch between allies for certain chapters, each with their own special skill sets to help you on your journey.

Playing through “A Plague Tale: Innocence” I never felt frustrated or overwhelmed. The gameplay early on did a great job of acting as a tutorial and eventually the step and repeat feel of stealth parts and the rat swarm parts balanced themselves out with a mixture of puzzles and ally’s abilities.

By far the best thing about the game is the story and character development of Amicia, Hugo and friends. Everyone that you meet along the way in your small group are innocent children who have been hardened by the events of the world and have struggled to survive against adversities like starvation, the loss of their parents or the dark side of humanity. There is a sense of dread and exhaustion as it seems that the characters seldom get a chance to catch their breath and act like the kids that they are. While you are always on the run I never felt the sense of frustration of being hunted down constantly by Nemesis like in “Resident Evil 3: Nemesis”. You can move freely through most sections at your own pace but you always feel like you’re moving forward and not rushed.

“A Plague Tale: Innocence” is a game that feels fresh but is also cognizant of gaming elements that work well in other games current and past. There is something familiar about many elements of the game but with new and unique methods and uses of these elements. The rat swarms are creepy and threatening and the Inquisition add a dark human element to the horrors of this world and when you combine the two together as they both simultaneously seek to hunt and murder the player characters, you get high stakes and even higher anxiety…but in a good way! Focus Home Interactive hits it out of the ballpark once again with another great original IP.