I have to assume this band exists for some higher purpose – otherwise, if I review them on face value, Ashton Kutcher might jump out and tell me I’ve been Punk’d.

Brokencyde is comprised of four young white kids mixing the worst lyrical aspects of misogynistic crunk with the cheesiest musical aspects of R. Kelly-ish Top 40 r&b. Just in case that’s not bad enough, they also throw in screamo. It’s like seasoning a pile of vomit with diarrhea.

My hope is that Brokencyde is making ironic commentary on the worst aspects of modern hip hop by exaggerating them to offensive levels, not unlike the Long Island outfit Crackhouse from 10-15 years ago. But if that’s the case, who exactly does this appeal to and why? If you pretend to be awful but the “kids like it,” regardless if they’re on the joke, what does it say about you, your success, or your fans?

That’s assuming this band is running such a sociological experiment. Sadly, they may be doing this earnestly, like, say, the Insane Clown Posse, to appeal to the knuckle-headed lowest common denominator.

In any case, the end never justifies the means. Music doesn’t get any more retarded than this, and anyone associated with this band ought to rethink their use of the gift of life.

Bottom Line: They get half a star for not being Yellowcard.
Overall Rating: 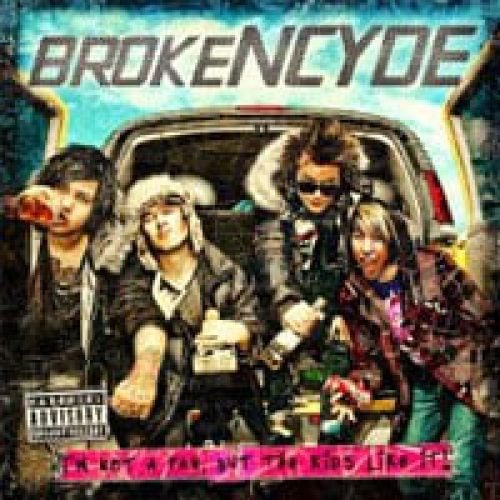 Brokencyde – “I’m Not a Fan…But the Kids Like It!”