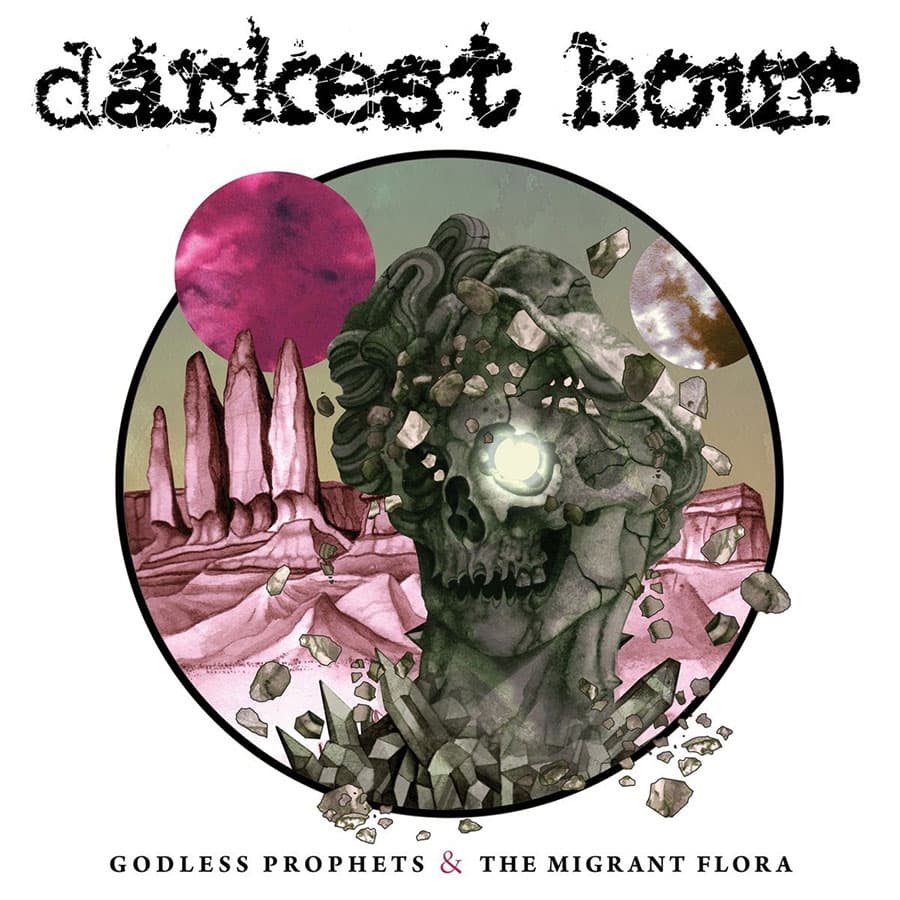 Darkest Hour’s come back hard with their new crowdfunded album Godless Prophets & The Migrant Flora. That’s an album title for ya. I was first introduced to the band way back in 2000 as someone I knew was repping them hard for the MIA Records street team in support of their release The Mark of the Judas.


Even though the label fell apart soon after the album’s release, I fell in love with the band and their punk attitude towards metal. It wasn’t too clean and it was kind of edgy. After a few more albums with the edgy take on Gothenburg styled metal, the band then got Kris Norris on guitar and took the band to new heights with 2 albums produced by Devin Townsend that quickly became fan favorites. Unfortunately, the band lost Kris Norris but continued steam on The Eternal Return with new guitarist Lonestar, but it was clear this wasn’t as powerful as the previous albums. When they released their next album The Human Romance , I kind of fell off the band. It lacked that magic that I connected with on those first 5 albums.

I remember joking when I saw the crowd fund go up “yeah they’ll only see my money if Kris Norris is on this album” and well, my wish was granted! Kris Norris guests on this new album, that I’ve got to say is a huge step in the right direction. With a band rounded out by former Periphery drummer Travis Orbin. I was worried about him over powering the album, but there’s songs where he dials it back let’s Darkest Hour sound like the Darkest Hour we’ve all grown to love. They’ve come back to that super creative form that made me love each new album. The tracks are good without sounding like some dated throwback. Kurt Ballou did a great job capturing a modern yet natural performance that compliments the band’s sound well. Even within that I still hear echoes of the band’s early days in “Knife in The Safe Room” and the somewhat God Forbid styled “Those Who Survived.” Things are a lot more detuned on this and the guitar solos are completely out of control in a great way. Right off the bat in “Knife in The Safe Room” it sounds like Kerry King and Hammett dueling it out, so this is very shred worthy thanks to Mike, Lonestar, and Kris. John Henry sounds a wreck less as ever on the vocals just as he did all those years ago.

Bottom Line: This really is a great return to form and even if you’ve never heard the band before, this is a GREAT place to start. This is one of the better victory examples in crowd funding; and a great metal album.
Notable Tracks: Those Who Survived, Knife in The Safe Room; Timeless Numbers
Overall Rating: