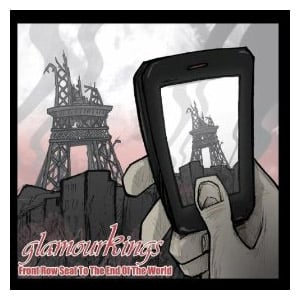 Long Island’s GlamourKings play a guilty-pleasure mix of alternative rock with light industrial groove and clubby dance beats. By no right should it be good, and maybe it isn’t, but it is admittedly catchy.

The petulant vocal styling and alt-hard rock remind me of Epic-era Faith No More, while the club vibe and singalong choruses have a greasy, mass-produced appeal. Contradicting their sound, their polipunk-like lyrics are anti-establishment: songs rage against consumerism, religious hypocrisy, celebrity culture, suburban family life, and politicians (unless I’m mistaking satire for sincerity, they oddly call Obama “the anti-Christ”).

Like any music lover faced with such slop, mindless catchiness battles one’s learned aversions toward it. But to paraphrase Chris Rock, you can dance to anything so long as it has a good beat, and GlamourKings do provide it.

Front Row Seat To The End Of The World, GlamourKings, Urge Records 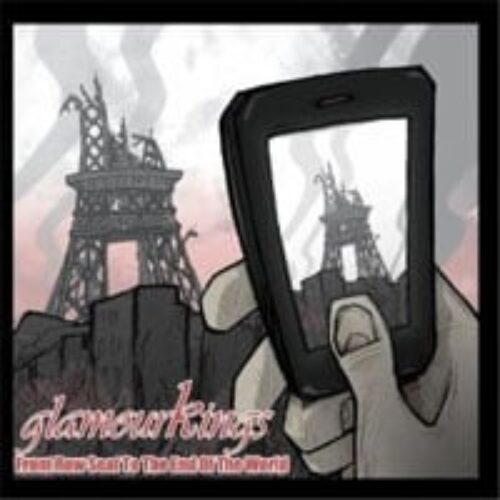 Glamour Kings – “Front Row Seat To The End Of The World”