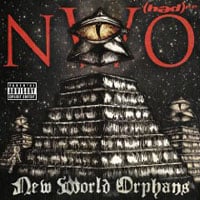 Late 90s college radio rap-rock-funk was bad to begin with, but is now mercifully, completely irrelevant. Sadly, Hed PE didn’t get that memo. Trapped in an unfortunate time warp, they embrace their dated pointlessness with Bush-era political rants, Biohazard-like meatheadness, and blatant theft of RATM and Cypress Hill.

Hed PE is best (and that’s a relative term) when they stick with rapid-fire hardcore delivery over crunchy, aggro rock and funk grooves. Their faux-dancehall and hip-hop, on the other hand, is seemingly willfully dumb. Self-important intros before every other song are irritating, and the aggro New World Order-like chanting over sirens is like a mentally challenged version of Ministry.

But Hed PE’s influences and melodic diversions would certainly interest your average doofy fratboy circa 1997. A song like “Family,” with its midtempo hip-hop rhythms, crunchy rock guitars, and upbeat, moshpit breakdowns could have easily been a college radio hit alongside Limp Bizkit. In other words, repulsive.