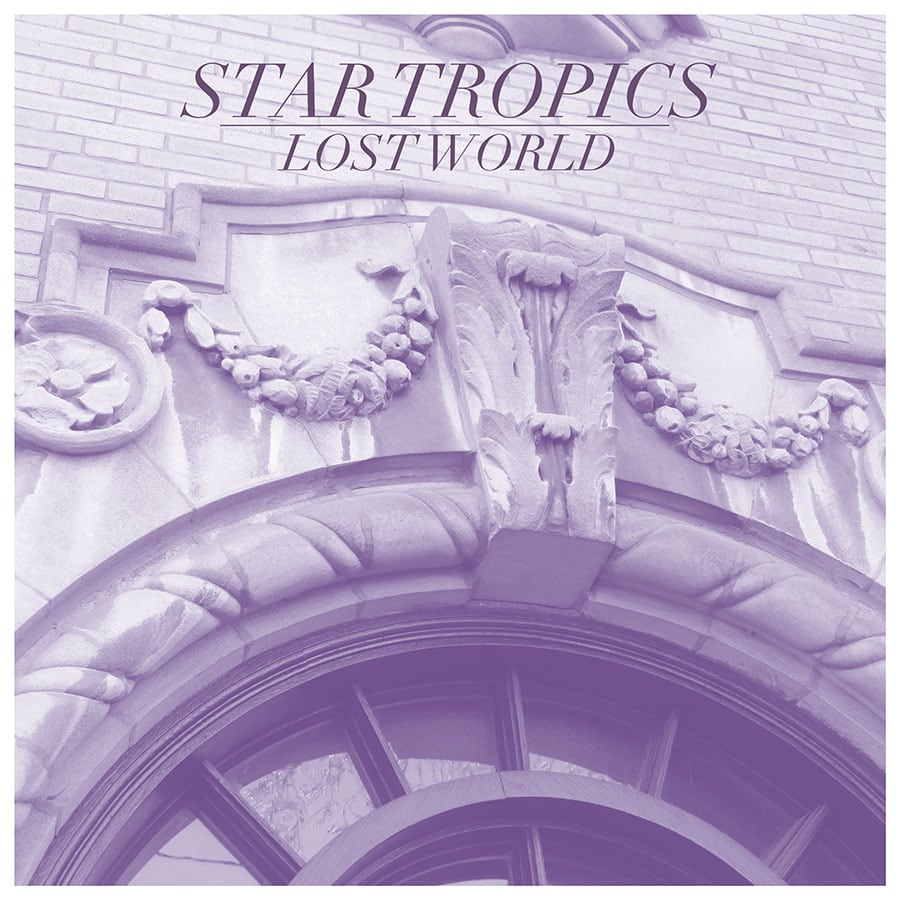 The latest band to hit the indie dream pop scene is Star Tropics from Chicago. Their album Lost World is their debut album and it doesn’t seem like it. They’ve released some singles in the past but hearing more than a few songs together to make an album, makes this listening experience so much better.


The album starts off with an instrumental “Windfall,” which sounds good enough without any singing. I’m surprised with all these 80s/90s revival, no one has releases an instrumental dream pop/shoegaze score for a TV series or movie yet. While I enjoyed all the tracks, the best one, by far, was “All The Way Up To Heaven.” The chorus is catchy, along with the backing vocals singing “oh ohh oh.” For the most parts, guitarist Nikki is singing but I like the songs that features both of them singing together. A good example of that is in “Wildfire,” which is second favorite off their album.

If you’re a fan of shoe gaze / dream pop bands, give Star Tropics a chance! I’ll be following the band to see what they can come up with for their next release because I liked this one a lot.