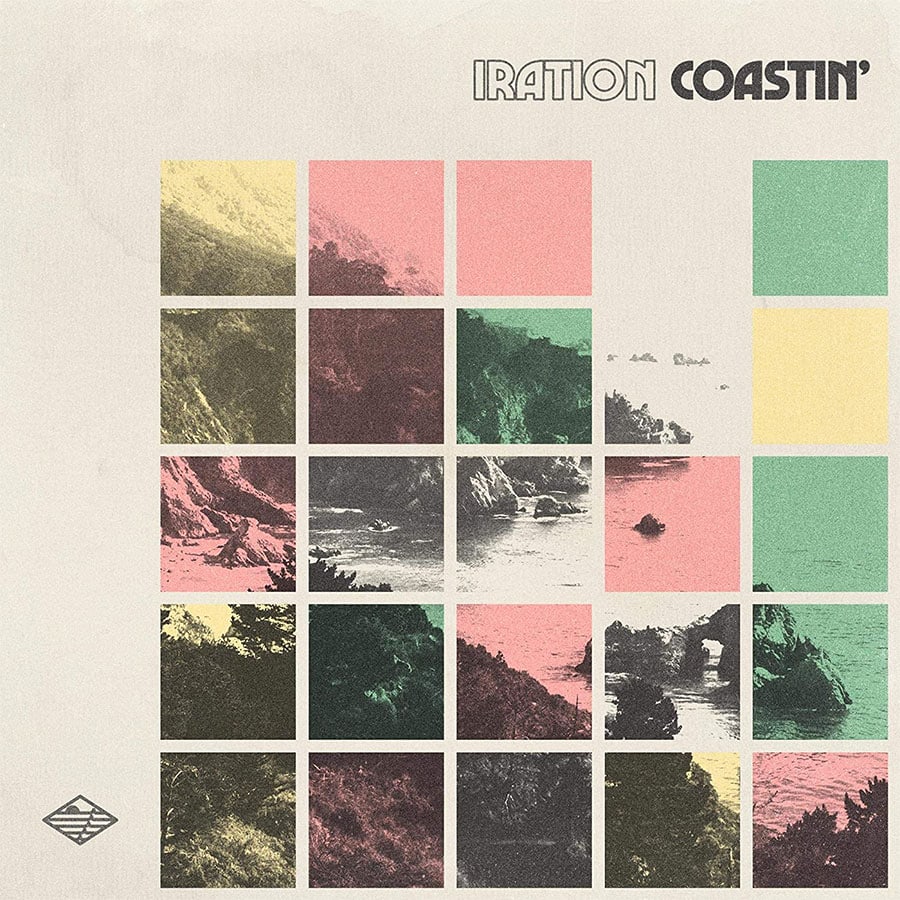 It’s been two years since Iration’s last breakout hit self titled record, and I couldn’t be more thrilled. California-based, Hawaii-bred band that perfects a summer blend of alternative, reggae, r&b, jazz and funk. With the new record Coastin, as lead singer Michah Pueschel states, they wanted to make this record feel like you were driving down the Pacific Coast Highway. After listening to this record for a while now, it has definitely achieved that. The release comes in the middle of the summer and it suits Iration splendidly. Song after song, I wish I was at the beach right now jammin’ to this.

Title track “Coastin” is just that, as it slides smoothly into the groove of the whole record and sets the tone. Perhaps a step slower than the last record, I get the sense Iration is hitting its stride and found it’s sweet spot. Imagery of nostalgia and playing around in the streets as a kid growing up in the summer, “Guava Lane” is another stand out track. You also get powerful songs with a simple message like “Smile.” A reminder that life is too damn short, people die way too early and you need to enjoy life and simply…Smile.

The record has a nice selection of slow vibed American reggae songs and then some upbeat tunes to keep all the Iration fans thrilled. If you loved the disco- funky track “Last to Know” on the last record, you’ll be happy to know “Funky” is a nice companion track for that. Lead singer and Lead guitarist/singer Micah Pueschel and Micah Brown (yup two Micahs!) work well off each other and provide a good ying and yang when performing. Can’t forget that the American reggae community is tight and always are out to support one another. With this record it’s no different with Rebelution, Stick Figure, Common Kings and Eli-Mac lending some guest vocals.

Iration fans are going to love this and it’s a welcomed addition to the already extensive music library they have put out. Just hope they all can get out to perform these live for the fans sooner than later. We all want live music back!

Notable Tracks: All of them! but .. Guava Lane, Chill Out, Daylight Savings, Moving Forward, Smile, Right Here, Right Now
Overall Rating: ( I wish it was longer! )