As with all of my previous lists of music, they are neither comprehensive nor do they reflect the opinions of all ReadJunk writers. However, with my vast intellect and ability to display scorn towards terrible bands, I feel that I have the authority to make decisions as to which bands and artists you should be listening to right now.  I have sorted this look at the first six months of 2009 to reflect different trends in listening and appreciation.

5 Albums that are Vastly Inferior to the Previous Album

1. Decemberists – The Hazards of Love

Rock operas don’t usually work unless you’re the Who. Have you learned your lesson yet, Decemberists? Don’t make Colbert kick your ass in a guitar battle again…

Not bad per se, but after a listen, I had no interest in going back for another. The same can’t be said for their previous effort, Writer’s Block.

I like Elvis Costello. I really do. But this shares the same undercooked flavour as all of his albums since When I Was Cruel.

This oft-buzzed about group of roots-rockers showed great promise with War Elephant, but their new one is just sort of….lame.

I haven’t given this album the listen it deserves, but it just didn’t strike a chord with me as quickly as his last one.

5 Unlikely Albums that Crept Their Way into My Heart

I tried so hard to hate it. I really did. But I’ll be damned if I didn’t want to punch you in the jeans right now.

This is the type of twee electro-pop that I get sick of quickly, but for some reason can’t stop listening to.

3. Danger Mouse and Sparklehorse – Dark Night of the Soul

The legal grey area of the album didn’t bother me – it was just that I didn’t think it would be quite as interesting as it is. 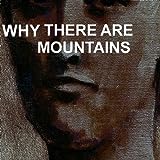 4. Cymbals Eat Guitars – Why There Are Mountains

I like online buzz. I try to make it myself. But I like to look at the bands with that type of hype from a distance, and I tried to look at these guys as unbiased as possible. And guess what? They’re pretty damn good.

5. Bruce Springsteen – Working on a Dream

Okay, it’s no Born to Run, but seeing him live was pretty unbelievable.

He’s a national indie hero with a resume of playing and production that would make Kanye blush, but the real proof is in his music, and with this 3 disc set, there are some duds, but enough classic tracks to make a legend out of him.

Naming and basing their album around the films and life of National Film Board animator Norman McLaren is a great start, but they prove their worth in their songs.

Folky storytelling with some great melodies and banjo licks. What’s not to like?

I heard an interview with Reg and he mentioned that his greatest strength is writing catchy pop hooks. Look no further than this album for proof.

5 Overrated Albums only Appreciated by Hipsters

Has anyone actually made it through this album in one listen? Beyond the tweaky electronics, there might be some great song ideas, but each track goes on too long, and is too noodly to really go anywhere. It’s too bad Pitchfork has convinced this generation that these guys are as good as Radiohead.

This is just subpar indie pop with average singing. I must be missing something because the reviews seem to be surprisingly high.

To be fair, I’ve never actually heard a lick of their music. But the hilarious drama that has ensued at their various shows is just embarassing and pathetic.

5 Albums That I’ve Yet to Decide About

Is it good? Is it self-referential? Or is Yankee Hotel Foxtrot such a high standard that I should just accept the reality that they’ll never put out an album that good again?

She’s cute, she’s catchy, and she’s clever, but I don’t know if this is something special or more of the same.

I already know it’s not as good as The Body The Blood The Machine, but I’m still trying to figure out the merits of it.

At least I know it’s better than Alphabetical.

I’m pretty sure I like this, but it just doesn’t stick in my head like their last one did.

This surprised me. Two dudes from Vancouver with a lot of distortion and some crazy drumming singing punky anthemic rock n’ roll. This is the type of music that stays on repeat whenever possible. I’m hoping these guys are the real deal and there’s a bright future ahead.

I didn’t like Grizzly Bear’s last one, but spurred by the utter catchiness of the single Two Weeks, I picked this one up and have scarcely been able to put it down. A future classic.

The best album to dance like a muppet to since, well, the soundtrack to the Muppet Movie.

4.  Various Artists – Dark Was the Night

After several albums, she still manages to be relevant and interesting. And what a voice!

7. Iron and Wine – Around the Well

Only Iron and Wine could put out an album of B-sides and rarities and have it be so compelling and listenable.

To Some it Comes Easy – song of the year?

One of the most unique and quirky indie musicians today.

Warp Films to release ‘All Tomorrow’s Parties’ on September 23rd