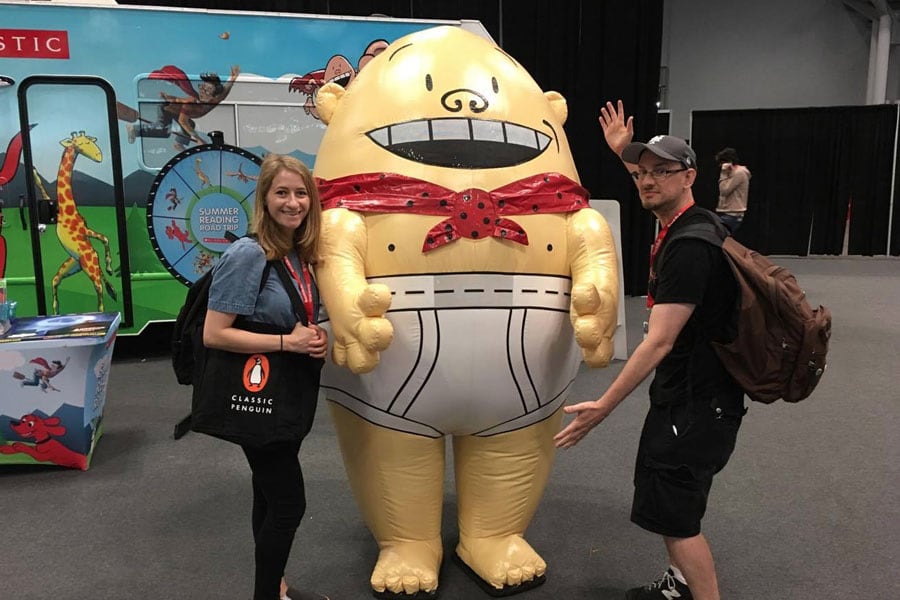 BookCon has returned to New York on June 3rd (and 4th) after being in Chicago last year. Let’s hope it stays in NYC from now on because it’s a lot of fun attending one this convention.


This was the second BookCon for me, since my wife and I attended one 2 years ago. Last time, we got a ton of free books and saw a panel with Nick Offerman and Paul Rudd. This year, we wanted to see author Dan Brown but he had to cancel because of his ailing mother. So that was really sad to hear about his mother and the fact that he wouldn’t be there. About the only other authors or celebrities I really wanted to see on the day I was going was Marc Maron, Jeffrey Tambor, and Mayim Bialik. It seemed like the Sunday day had guests I would have liked to have seen like Bill Nye, Krysten Ritter, Kevin Hart and a few others. What’s great about this convention is celebrating all types of authors, publishers and book genres. You get to meet fellow book readers, authors, illustrators and cartoonists and get lots of freebies, or even watch some panels & round table discussions. Lots to do in just one day, in fact too much to do in one day.

To start, we ended up showing up at Javits Center 25 minutes after the doors opened. I kept checking twitter and the BookCon app to see photos from the lines. They looked insane so I was expecting them to be. When we arrived at Javits, the line was wrapped around the building outside. Thankfully it moved pretty quickly but since we arrived a little late, we didn’t even bother trying to look up autograph signings or panels since we figured they were all booked. BookCon was also doing something different this year where you could get autograph tickets online during a certain time but I was never emailed or told about it. You’d figured that’s something that would have been sent out to people who bought tickets. We actually walked by the area that were still giving away tickets for the day. We actually lucked out and were able to get them for Marc Maron since that was still open. It was going to cut close to the time we had to leave since we couldn’t be there all day. But it all worked out in the end.

So my wife and I wandered around and felt overwhelmed when we first got inside. I didn’t know if I should wait on a line or would have ended up missing out on free books and prizes. Owl Crate line was pretty long but since my wife is a subscriber, we decided to tag team that line while we wander to get some free books. It was disappointing to say the least when it was my turn, only to end up with tea. Yeah tea. Big whoop. I wanted to check out Where’s Waldo, which we got a photo with fairly early. Later on I ended up getting some stickers, tattoos and bought 7 books! Well, for my almost 2 year old son but mostly me haha. I used to have those books but sold them years ago or my parents did. I always loved Where’s Waldo so I had to get them again. Can’t believe they are celebrating 30 years this year!

We found him! #bookcon2017 #bookcon #whereswaldo

I have a Waldo obsession #whereswaldo

BookCon is really great because I also discover books or authors I never heard of, which is a lot since I’m particular to certain books. I’ve been enjoying grabbing books from cartoonists and children books for the most part. I got to met Dav Pilkey, the creator of Captain Underpants, even though I never read those. Got to meet Joe Wos, who was drawing on the wall these awesome animal mazes. I ended up buying his book for like $3.50 (was 50% off plus free coloring book from Barron’s) and then got it signed. It reminded me of the type of stuff I used to draw on my textbooks in school. Joe made the book out to me, even though my son will like this book eventually, and drew a hawk that I requested. I got to pay respect and help out fellow cartoonists, doodlers and artists whenever I can. I actually wish there was an entire convention just of cartoonists, artists, voice-over artists and everything cartoons. I’d be all for that and I’m sure there is something like that already, I just don’t know what it is.

Other freebies my wife and I got were advanced preview of Harry Potter and Prisoner of Azkaban illustrated version, this really nice journal called Bike New York that includes a nice small pen, ARC(advance reading copy) of The Golden Compass: The Book of Dust Volume 1, Dog Man: A Tale of Two Kitties (also by Dav Pilkey), and we quickly met creator Craig Engler of comic book and Syfy series Z Nation. There’s some comic books at BookCon but I wish there were some more. But then again, there’s a much bigger con specializing in that in October. I’ll be attending maybe all 4 days of that! Besides getting some freebies of books, we also got pins, buttons, card deck from National Geographic and other goodies. Not as big a haul that we got 2 years ago but I think we were also a little bit more picky this year.

After having some expensive food at the food court, we walked around a little more until it was time to wait on line for Marc Maron and Brendan McDonald. You can only show up 15 minutes before the start time for the signings. That still didn’t stop us and others from hovering around the line entry point. Thankfully we were 4th in line so we didn’t have to wait too long. We weren’t allowed posed photos with Marc but you could still snap a quick one. For most signings, you have to purchase a book to get it signed but you didn’t have to do that for Marc’s. His book, Waiting For The Punch, is words from his WTF podcast. I love his podcast and have to listen to that in car when I’m driving up to work. I told him that and he said glad that the podcast helps me deal with the commute. He was nice but hard to really tell when you only have less than a minute to talk to someone.

After that, my wife and I called it a day since we needed to get back to our son. I wish I could have stayed longer and saw some panels but honestly, there wasn’t too many panels I really wanted to see. The downside to panels is not be able to get free books but there wasn’t a lot of freebies this year. That is, maybe we just didn’t find enough that we wanted to wait on line for. I hope for future BookCons, there will be more focus to more children’s books, comic books, and more celebrity type of books. You’ll always find people with different taste with books so it’s hard to please everybody. For the most part, BookCon has enough for everyone I think. I’m certainly happy with the haul I got and bought, and even got to met comedian Marc Maron which was a bonus!

Looking forward to my next BookCon but next will be the biggie, 4 days of New York Comic Con at Javits Center in October. 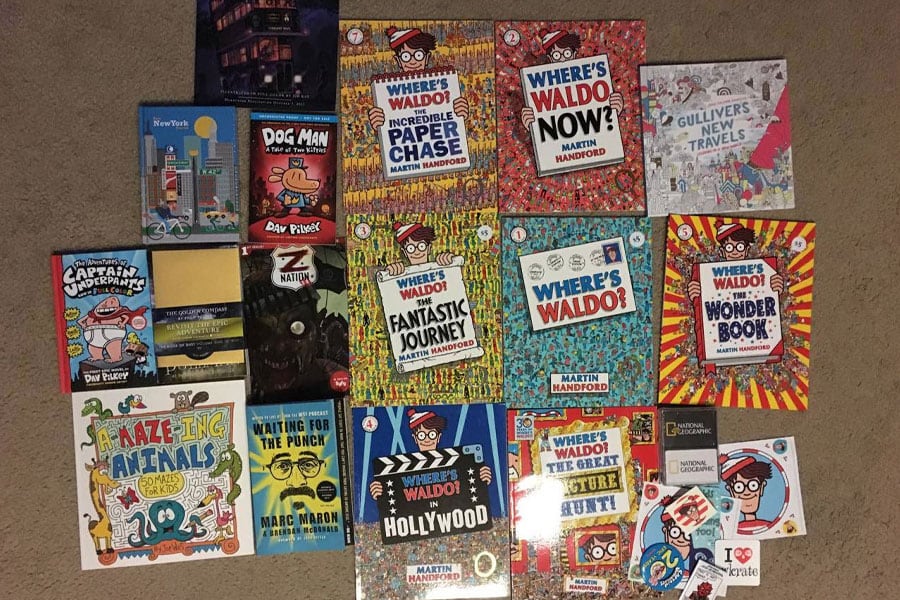