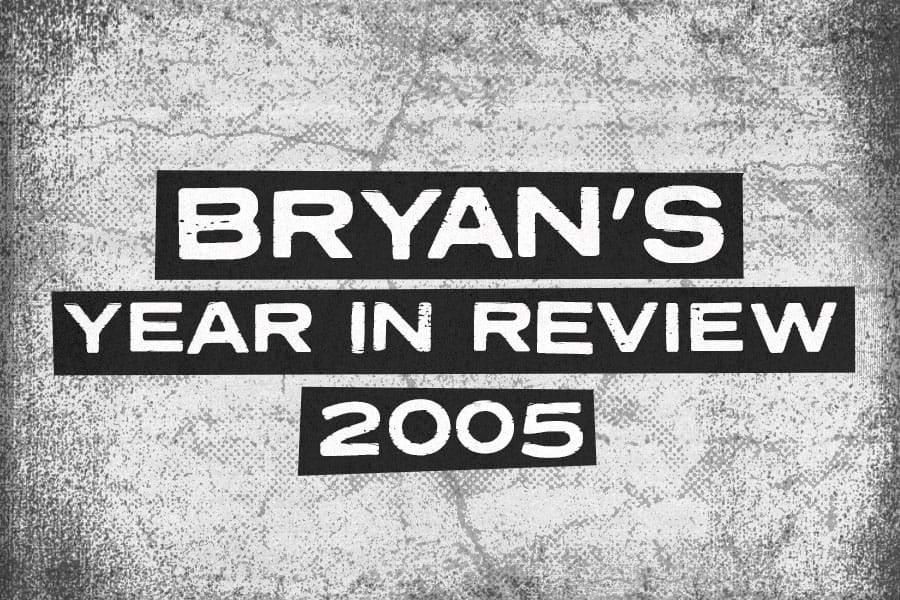 Another year is almost over, and it’s time for those pointless “best & worst of” lists of the year. I usually don’t give a shit about these type of lists but since I’m bored at work, you’re gonna get one and like it, bitches!

Top Ten Albums of the Year:

1) The Levellers – “Truth & Lies”
“Truth & Lies” is one of the best albums from one of my favorite bands. “I Still like their previous albums better but this CD is still awesome. Every song sounds great! Can’t wait to see what they do next.

2) Gogol Bordello – “Gypsy Punks: Underdog World Strike
The latest band I’m obsessing over. I have to listen to this CD every day it seems. They have such a unique sound. This band will be famous by next year, GUARANTEE IT!

3) The Decemberists – “Picaresque”
Another band that’s unique & different and I found out about through word-of-mouth. Became an instant fan once I heard “We Both Go Down Together”

4) Kaiser Chiefs – “Employment”
Yes I’m surprised I have a mainstream band on here but this album is just too damn good. They are mixture of the Kinks & Madness and those are some great bands to be compared to.

5) The Aquabats – “Charge!”
They certainly don’t like my interviews but I like them anyway. This album is nerdarific!

6) Street Dogs – “Back to the World”
Excellent follow-up from Savin’ Hill! Glad to see Mike back in the scene.

8) *tie* The Epoxies – “Stop the Future” / Elkland – “Golden”
Epoxies put on a great live show and their newest CD is awesome! Elkland makes some very catchy music. That album is a guilty pleasure of mine for sure.

9) Chixdiggit! – “Pink Razors”
This is the first album I listened to of Chixdiggit, and I’m stupid for not checking them out sooner

Albums That Should Have Been On My Top Ten Last Year:

Concerts/Live Performance Of The Year:

Worst Concert Of The Year:

Vans Warped Tour 2005 @ Randall’s Island
Talk about a bunch of shitty bands and outrageous prices. PLUS no band is worth sitting in 3 hours of traffic in 100 degree weather

Stereophonics @ Alexandra Palace, London UK
Let’s just say I fell asleep for most of their set. My god what a boring show!

TV Shows Of The Year:

*tie* Lost/ 24
Both addicting as crack..but man do I loves me some crack!

TV Show That Should Throw In The Towel:

The Simpsons
BE MORE FUNNY!

Best Comedies Of The Year:

Best Movies Of The Year:

Sin City
Carla Gugino naked = one of the greatest movies ever! Well plus the movie was really really cool too!

Serenity
Awesome follow-up to a series that got canceled WAY too early. Now bring on the sequels!

Worst Movies Of The Year:

Star Wars Episode 3 Revenge of the Sith
Finally these shitty prequels are done with..

Movies I’m Sure I’ll Like, But Haven’t Seen Yet:

Book Of The Year:

Come on, you think I actually read something besides Hustler & Penthouse? Fine, you got me. I read Harry Potter and the Half-Blood Prince. It was cool, too short though.

Video Game Of The Year:

Personally, it was Cold Winter. The multi-player mode is fun!