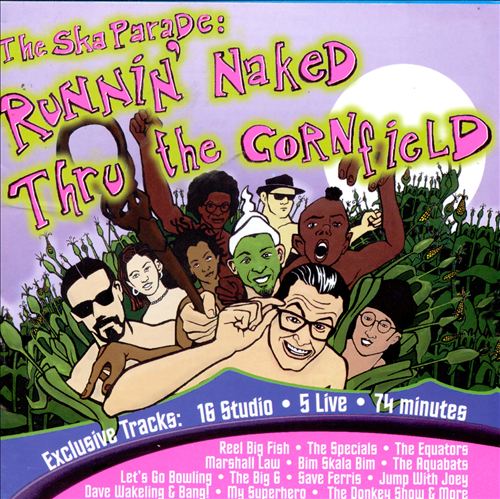 One and Done is a series of articles focusing on ska bands who released one (or sometimes 2) tremendous songs and then disappeared forever. Culling the archives of ska compilations and singles from the 1980s, 1990s, and early 2000s, One and Done focuses on those standout tracks. Today, we feature Boitovision.

The only recorded output from this group can be found on the excellent ska compilation, The Ska Parade: Runnin’ Naked Thru the Cornfield. Boitovision’s 2 tracks on the compilation, titled ‘Big Bamboo’ and ‘Reincarnation,’ were standouts among the rest of the pack. The songs leaned heavily on the traditional elements of ska. Greg Lee was always a true student of Jamaican music and these tracks further solidified his passion for the genre. The songs also included violin adding a colorful dynamic with a bit of an Eastern European influence. ‘Big Bamboo’ particularly had a wry sense of humor and recalled suggestive double meaning tracks of the past.

The compilation was released in February, 1998 and also featured the likes of Let’s Go Bowling, My Superhero, Bim Skala Bim, and Suburban Rhythm among many others. The release was produced by Albino Brown and Tazy Phyllipz, creators of the Ska Parade radio show. The show was based out of Southern California with the intent of playing up and coming ska bands as well as other niche groups. (There is a GWAR vs. Aquabats episode. Our friend Jacob at BostonSka.net just posted it here).

Check out 2 tracks from Boitovision at Grooveshark.

If you have other songs you think we should feature or just want to talk about ska, you can hit Steve up on Twitter @stevenrbauer or email him at [email protected]