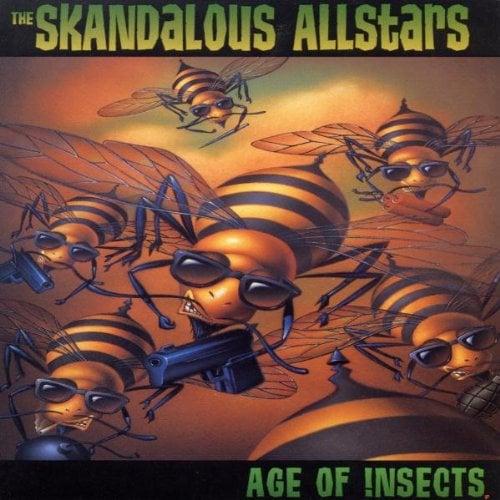 In 2011, our friends over at Underground Communique and Asbestos Records started a fantastic project called the 3rd Wave Ska Preservation Society. The key driver of the project was to take the best records of ska’s 3rd Wave and press them to vinyl. The project has been rolled out in 2 phases. The first phase included releases from the Pietasters, Pilfers, Edna’s Goldfish, and Suburban Legends. The second round included releases from The Slackers, The Toasters, Stubborn All-Stars, and the Bruce Lee Band.

As someone who lived through, thrived in, and survived the 3rd Wave of Ska, it made me beam with excitement to see a project like this. These bands were the bands that I obsessed over, loved, and listened to day and night.

Like any good fan of something it got me to think, “What’s next?” What other releases shall we galvanize as the best of the 3rd Wave and press to vinyl. I sat down, made a list of bands and my favorite records. Here is what I came up with and why these should be considered for the next round in the 3rd Wave Hall of Fame.

Thumper – No One Left the Disco Alive
Original Release: 1995 on Elevator Music
I originally found this CD in the $5 rack at a used CD store in the late-90s. I was familiar with the band from various compilations and thought I’d give it a shot. What I ended up with was one of the best ska-core (metal ska?) records ever. A lot of bands, who were ska hybrid bands, had song structures that clearly spelled out, “this is the ska part, this is the other part.” Thumper was able to seamlessly blend the 2 genres into something new and refreshing. You can tell these guys were die-hard metal fans who knew the genre inside and out but then could also musically blend it with ska so effortlessly. They had groove heavy riffs and danceable rhythms. The absolute standout track for me is ‘TNT,’ which is still on my list of favorite songs of all-time. The breakdown section of this song is so killer.

For those of us who never got to see the band live, Thumper will be playing a show this spring as part of the first ever NYC Apple Stomp. Check it out here.

Agent 99 – Little Pieces: 1993-1995
Original Release: June 16, 1998 on Shanachie
If you own this on CD, you know it has some of the best post-mortem liner notes for a band. It tells the story, in all of its gory detail, of Agent 99. Agent 99 was a 4-piece that featured members who would go on to start and play in some of the best bands NYC had to offer. Future bands like the Slackers, Stubborn All-Stars, Choking Victim, and Leftover Crack. I saw this band as a next generation Operation Ivy and, to me, they should have been as big. I don’t make that comparison lightly nor am I comparing musical styles. It is who they were and what they represented that gets me to bridge the comparison. While the band played music rooted in ska, each member threw in their own influences to create something absolutely special. Just start with their rhythm section, Ara Babajian and Alec Baillie accomplished more with drums and bass in one song than most bands do with an entire outfit in their entire careers. Take one listen to Dunia Best’s vocals, Jay Nugent’s guitar work, or the team of Alec & Ara and it becomes readily apparent that they absolutely stood apart from what could be perceived as a very homogenous ska scene.

Skandalous All-Stars – Age of Insects
Original Release: May 18, 1999 on Shanchie
This release was such a revelation when it came out. A band that was once sort of a joke ska cover band releases a 3rd record of all original material. It then becomes one of the most crucial 3rd Wave Ska releases. The players are a who’s who of ska musicians playing some of the best written material associated with the genre. The songs on this record are made up of 11 Vic Ruggiero (Slackers) originals and 2 Victor Rice (Scofflaws, noted ska producer) compositions.  Vic Ruggiero could do no wrong at this point. He had just come off of 2 classic Slackers records and working with Rancid on Life Won’t Wait. Rice was also riding high at this point, coming off releasing his own solo record on Stubborn. When you boil it down, it is this mixture of ska, R&B influence, a touch of rock, and the talented songwriting of both Vics that makes this stand above the rest. It seemed effortless and was executed perfectly. And any album that opens with a track like ‘American Psychopath’ is probably going to be one of your favorite records of all-time.

Hepcat – Out of Nowhere
Original Release: June 22, 1993 on Moon Ska
The classic. Hepcat kicked the doors down of modern traditional ska with their 1993 debut on Moon. These fellas were the most gifted students of Jamaican music from Southern California. They wrote music to take that vibe and make their own. ‘Out of Nowhere’ features many of the band’s classics, such as ‘Dance Wid Me,’ ‘The Secret,’ ‘Prison of Love’, and so many more. At this time, the band also featured a sax player named Dave Hillyard, who would go on to even bigger fame with the Slackers and his own Rocksteady 7. If this were to be released on vinyl, I would also want it to be released with the original Moon Ska art. Hellcat issued a remastered version of the record with bonus tracks in 2004. I was never a huge fan of that art and would rather see the original sleek, iconic, modern blue cat.

Skinnerbox – What You Can Do, What You Can’t
Original Release: April 29, 1997 on Moon Ska
Skinnerbox was the most forward thinking ska band of the last generation. Lead by Jeff ‘King Django’ Baker, the conceit of the band was to push the boundaries of what a ska band could be. That conceit all starts with the somewhat controversial artwork of the record. While the record has some straight-up ska songs, there are also songs that mix hardcore, punk, dancehall, and other genres into the mix. Baker and team aren’t content with just adding the typical sounds of a genre but more of a blending and melding. Part of the team on the record featured the uber-talented Dave Hahn on guitar and the future rhythm section of Pilfers (Anna Milat-Meyer and James Blanck). One of the most popular songs on the record, and one that has had a legacy of its own, was ‘Nex Finga.’ The song features hard groove wah-guitar sounds as an anchor and is highlighted with Django absolutely murdering the vocals with his toasting skills. I would be remiss to not mention one of my favorite tracks on the record, ‘No More.’ A straight up ska song with a boppy rhythm that makes you want to replay it over and over.

Catch 22 – Keasbey Nights
Original Release: March 24, 1998 on Victory Records
I am going to make a shocking statement; I am not a huge Catch 22 fan. I lived in Pittsburgh for 10 years, starting in 1998, and I probably saw Catch 22 about 10+ times. Everyone ate this band up. From a critical standpoint, this album has been considered a modern masterpiece. It was even re-recorded by Tomas Kalnoky’s post Catch 22 band, Streetlight Manifesto. While the band didn’t completely resonate with me, I do think this is a truly important record. The record had narrative. The band had its own distinct sound. Kalnoky is considered in the same breath with many modern day classic punk/ska songwriters (catch him on the current Revival Tour). Also, I dare you not to sing along to one of the catchiest choruses of 3rd Wave Ska on the album’s title track. 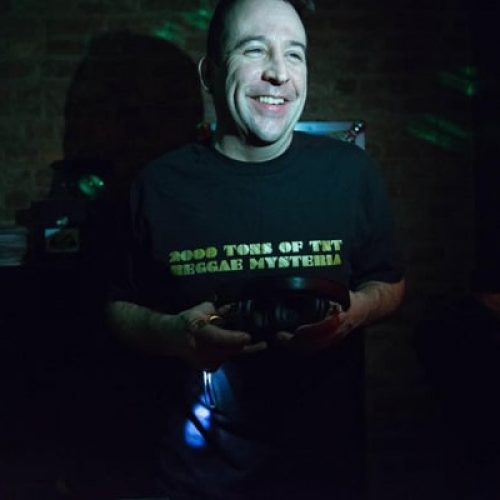 The Toasters gear up for a 30th Anniversary Tour