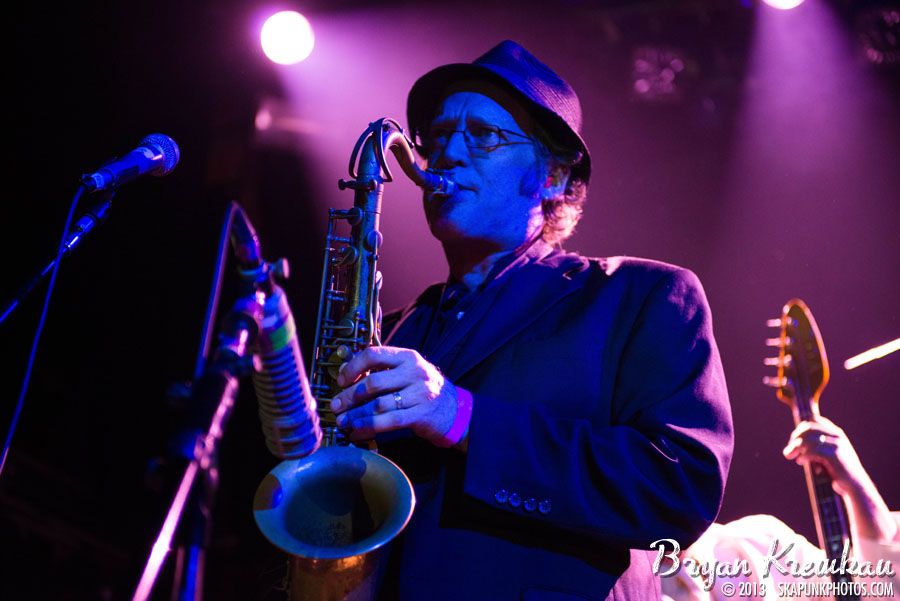 It is very easy to speak in hyperbole when describing the Slackers. Terms like prolific, legendary, and best-ever get thrown around a lot. The difference between the Slackers and all other bands is that they are deserving of every piece of praise being thrown their way. The latest news from the band includes a new Flexi Disc on Rare Breed Records and a brand new full-length. We caught up with saxophonist David Hillyard in Regensburg, Germany for a quick chat about the band, the new releases, and also what is next for his own material.

How did you get involved with Rare Breed for the release of the new flexi 7”?
It was through Obi Fernandez, who I’ve known for years from Westbound Train.  I helped produce one of their albums.  So when he told us he was getting involved with a new label I definitely wanted to be a part of it.

Was this the first time you have recorded with Brian Dixon? What was the experience like with him in the studio?
I recorded my solo album, California,  with him back in 2012-2013. I had really wanted to get him with the Slackers for years, so when the opportunity came up and we both had room in our schedules I wanted to make sure he got involved in this project.

Brian knew we had just been on the road, so he set us up in a circle where we could look at each other and play live.  He wanted us to use our tour chops and make very natural sounding recordings.  He is a master of sound and definitely spent a lot of time with positioning us in different parts of the room so that when it was time to record we just had to play.

How did you come to pick Ken Parker’s ‘I Can’t Hide’ for the release?
Me, Vic, and Jay had learned the tune when we were part of a backing band (crazy baldhead) which played behind Ken Parker.  So we really enjoyed playing it and incorporated it into the Slackers set.  When we were done recording our originals with Brian Dixon we got done early so we had some time left, so we kept rolling with the covers we had been playing recently and ‘I Cant Hide’ and ‘Christine Keilor’ were 2 of those tunes.  Its a little different than the original, Marcus changed the bass line into a little more 70s reggae thing but it still has some of the same rollicking qualities of the original.

The Slackers are one of the longest running groups in terms of touring, recording, and being present in the scene as an active band. What keeps the band together and always moving forward?
We are a stubborn group of characters.  We have faced a lot of adversity over the years where we could have called it quits.  But usually trouble, especially from an outside force, brings the band together and keeps us going.

We have been doing 100 shows a year for the last 15 years.  Live is where the Slackers are the most natural.  That was the nice thing about our versions of ‘I Cant Hide.’ We just played it live in the studio as one rhythm section would back in the day.  The instruments achieved a natural blend through the different tracks bleeding together and I really dig the sound of it.

You recently fully funded a campaign through Big Tunes for your next album. What is next for the band in terms of recording and releasing?
We had a successful fundraiser for a new album of original music.  It looks like we are going to have a self-titled album called ‘The Slackers’ out early next year.   We are really lucky that we have such a nice base of fans that they can support us directly and take the place that labels used to be in terms of covering a recording and manufacturing budget.

‘The Slackers’ is our first full album of original music in 5 years.  I’m really excited to hear what people think about it.  Its got some of the classic Slackers ingredients of Ska/Reggae meets Soul/RnB/Garage Rock and then takes a left turn into some psychedelia.  We had 3 different producers involved, Victor ‘Ticklah’ Axelrod, Brian Dixon, and our own ‘Agent Jay’ Nugent.  They each had their own approach but I think it all blends together in a Slackers sounding whole in the end.

I know that you personally are involved in a ton of other projects. Other than the new Slackers material, what is up for you next?
For myself?  I’m looking forward to finishing this current European tour and being home for a couple weeks with my family.  I got a gig with a quintet I started with a vibes player that I’ve been enjoying a lot.  We play a mix of latin, jazz, Brazilian stuff, and RnB.  That is always a fun gig.   I also got a trio gig at a Brazilian restaurant that I’ve been enjoying a lot as well.

In terms of Rocksteady 7, I’m writing tunes for a new album.  Probably gonna work on it a bunch in October.  I also have plans to record an album of originals with Sean Wheeler (former singer of Throwrag) and finally I’ve been working on an album of Brazilian influenced ska and reggae tunes. 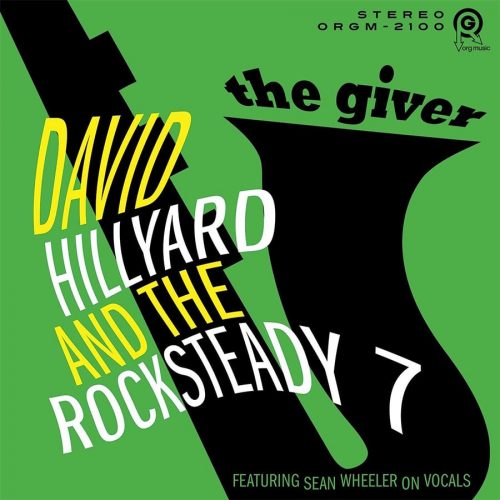 David Hillyard & The Rocksteady 7 – “The Giver”