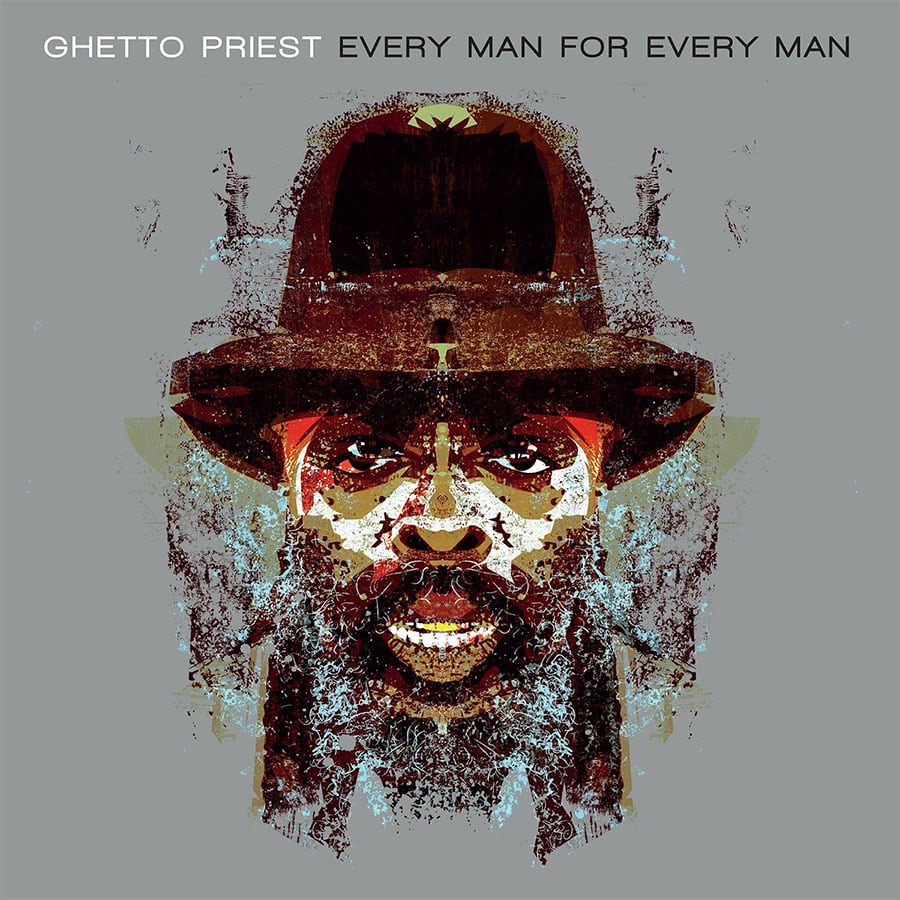 Ghetto Priest, the frontman of Asian Dub Foundation, has released a new single called “Good Lord.” The song is off the upcoming new album called Every Man For Every Man, which will be released on September 8th in the UK. Listen to that song as well as another new song from the upcoming album.


With a raw energy and spirit un-matched by many artists of his generation, he constantly pushes at the boundaries of roots music; his style strongly maintaining the essence of his Jamaican heritage. Produced by On-U Sound supremo Adrian Sherwood, ‘Every Man For Every Man’, is released 8th September.

His latest sermon is a blend of righteous incitements and damning indictments that reflect the paranoia of daily life. Title track ‘Every Man For Every Man’ asks us to reach out to our fellow neighbour while he delivers a sobering message towards the environment and defending if from the evils of a money-motivated government on ‘Sacred Ground’.

On the mystical ‘Good Lord’, Ghetto Priest seeks spiritual guidance and his raw primal energies and forces come to light in a passionate re-working of the Robert Burns poem, ‘I Murder Hate’, before the trials and triumphs of black women are voiced in the Judy Mowatt song, ‘Black Woman’. On the little-known Peter Tosh song, ‘Babylon Queendom’, he passionately announces Babylon’s fall, demanding back the riches she’s plundered.

Across the album, key players keep a rock solid rhythm including drummer Style Scott of Roots Radics and Dub Syndicate fame, Carlton “Bubblers’ Ogilvie’ on keys, bassist George Oban, formerly of Aswad, and “Crucial” Tony Phillips on guitar, who has worked with such greats as Prince Far I and Bim Sherman.

A long-time member of the On-U Sound family, Ghetto Priest was a former rudeboy and Arsenal football hooligan who was incarcerated briefly after stepping on to the wrong side of the tracks. Turning to Rastafarianism, he began writing lyrics, and he honed his vocal skills and artistic persona around the sound system culture of the early 80s, before becoming part of Sherwood’s African Head Charge collective and started MC-ing on the producer’s live/DJ sets.

As one of the more flamboyant and creative performers to emerge from the scene, he was invited by Asian Dub Foundation to take on the vocals for the opening track of their ‘Enemy of the Enemy’ album released in 2003 along with lead vocals on the follow-up album, ‘Tank’. His On-U Sound debut came a year later, the critically acclaimed album ‘Vulture Culture’, produced by Adrian Sherwood.

He went on to record under his own name for a number of other labels including Reggae On Top and Conscious Sounds. More or lesser known artists to have flavoured his guest vocals include The Underwolves, Sinead O’Connor, Groove Armada, James Hardway (aka David Harrow) and Little Axe.

In 2011, Ghetto Priest joined forces with Lucid Mover in a project called Screaming Soul. This resulted in the album ‘Ghost Inna Shell’ and in 2012, an Adrian Sherwood and Nick Coplowe (aka Mutant Hi-Fi)-remixed companion, ‘Ghost Inna Dub’.

In 2016, he released the single ‘Life Ain’t Easy’ based on Dennis Brown’s ‘Easy, Take It Easy’, via Ramrock Records, and has two more projects in the Ramrock pipeline set for future release.

Every Man For Every Man, Ghetto Priest, good lord, reggae