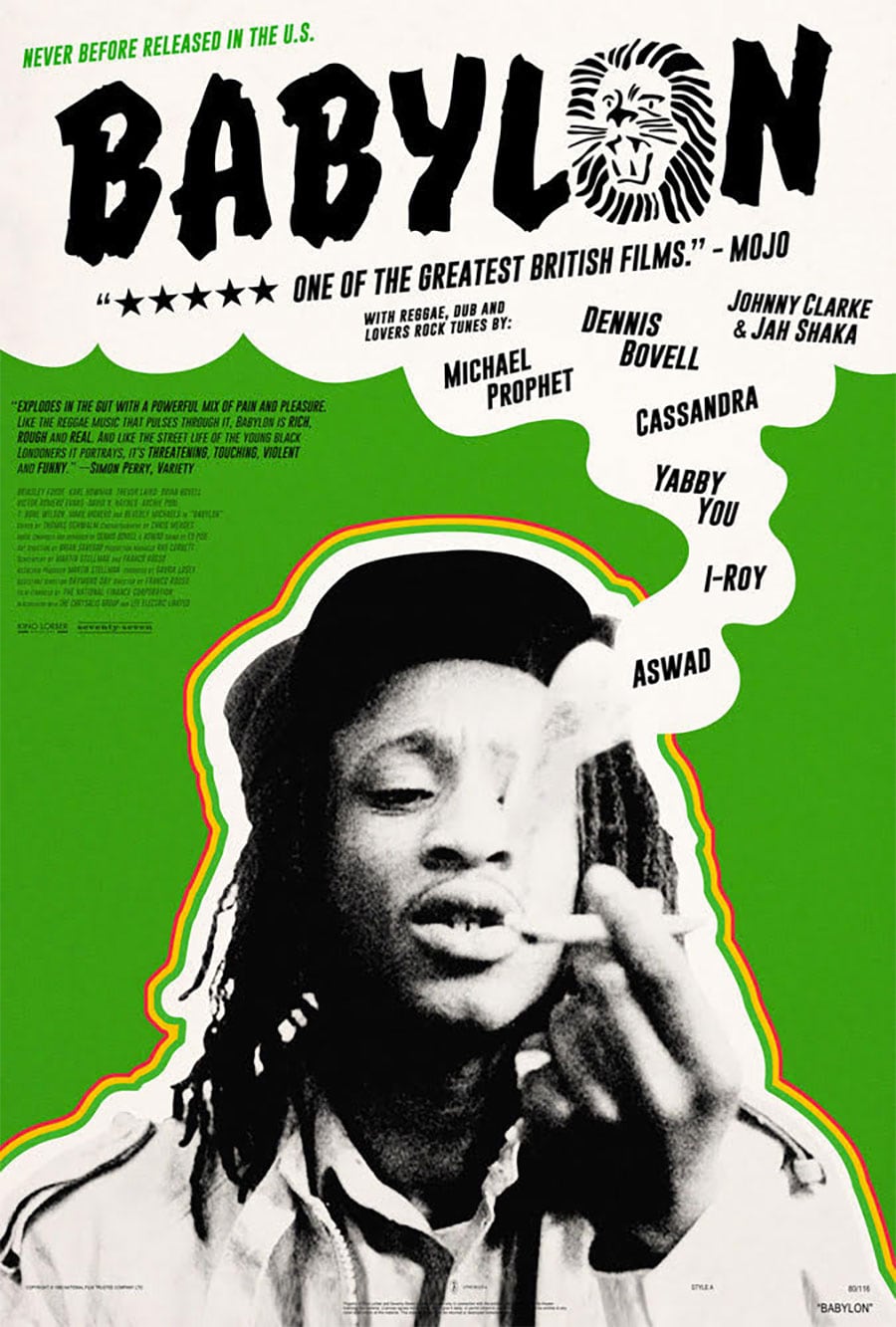 Babylon, the movie by Franco Rosso that was too controversial for people to see in theaters back in 1980 will be released on Kino Lorber on August 20th. The Blu-Ray and DVD will feature the movie obviously, but also audio commentary, documentary, new interviews and more!

Set to street on August 20, Babylon comes to Blu-ray and DVD with a SRP of $29.95 for the Blu-ray and $19.95 for the DVD, packed with bonus features including audio commentary with director Franco Rosso, screenwriter Martin Stellman, actor Brinsley Forde and producer Gavrik Losey, a booklet essay by music journalist Mike Rubin, Dread Beat and Blood (1979) — a short documentary on “dub poet” Linton Kwesi Johnson directed by Rosso, the music video for Vivien Goldman’s “Launderette” starring actor Archie Pool from Babylon, new interviews with Brinsley Forde and Dennis Bovell, brand-new subtitles (preserving the nuances of the Jamaican patois and the cockney slang), a restoration featurette, and Q&A with cast and crew recorded at the BFI Southbank in 2008.

Babylon had its U.S. theatrical premiere in March 2019 from Kino Lorber and Seventy-Seven, a new boutique film label. Opening to rave reviews at BAM in New York and Laemmle Glendale in Los Angeles, Babylon has gone on to a record-breaking five-month 60+ city theatrical run with engagements in such key markets as Austin, Seattle, San Francisco, Chicago, Nashville, Boston, Portland, Atlanta, Miami, Vancouver, Toronto, and many others.

Franco Rosso’s incendiary Babylon had its world premiere at Cannes in 1980 but went unreleased in the U.S. for “being too controversial, and likely to incite racial tension” (Vivien Goldman, Time Out). Raw and smoldering, it follows a young reggae DJ (Brinsley Forde, M.B.E., frontman of landmark British group Aswad) in Thatcher-era Brixton as he pursues his musical ambitions, battling fiercely against the racism and xenophobia of employers, neighbors, police, and the National Front.

Babylon is the product of outsiders: director Rosso (1941-2016) immigrated from Italy as a child, Stellman is the son of Viennese Jewish immigrants, producer Gavrik Losey is the son of blacklisted Hollywood director Joseph Losey, and composer Bovell immigrated from Barbados, and was falsely imprisoned for running a sound system-the script for Babylon was partly based on his experiences. Beyond the significance of being the only feature film about London’s sound system scene, Babylon unflinchingly observes the place of marginalized people in a society resistant-to the point of violence-to multiculturalism.